Nashville’s Metro Council on Tuesday passed a resolution urging businesses, organizations and public entities to from now on recognize Indigenous Peoples’ Day on the second Monday of October, most often recognized as Columbus Day. 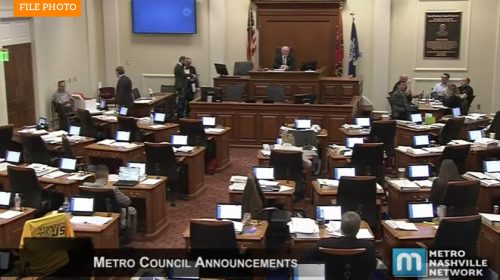 Columbus Day recognizes the landing of Christopher Columbus in the Americas on Oct. 12, 1492, but has been treated with increasing disregard and contempt nationwide by those who want to keep the focus on European mistreatment of Native Americans. Defenders of Columbus Day say critics downplay Columbus’ accomplishments and ignore the cruelty between Native American tribes, falsely painting mistreatment of other groups as a uniquely European trait.

The resolution notes that Indigenous Peoples’ Day was first proposed in 1977 by a delegation of Native Nations to a United Nations-sponsored conference. It also notes that the U.S. endorsed a U.N. declaration in 2010 recognizing that “indigenous peoples have suffered from historic injustices as a result of, inter alia, their colonization and dispossession of their lands, territories and resources.”

The resolution says that the Metro Council believes indigenous cultures are “worthy of being promoted, that the history is rich, diverse, and worthy of celebration” and values their “knowledge, labor, technology, science, philosophy, arts and the deep cultural contributions that have shaped the character of the City of Nashville.”