NASHVILLE, Tennessee — Bob Blair has been coming to events at the Nashville Fairgrounds ever since he can remember. 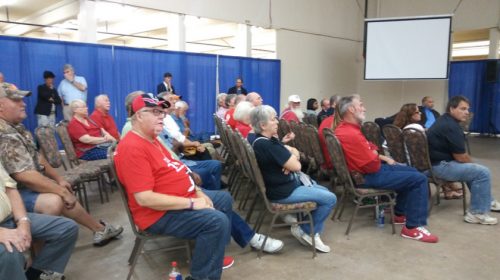 The 75-year-old still comes to the fairgrounds for the flea market and auto races. The owner of Mr. B’s Barber Salon, he lives nearby.

Blair was at the fairgrounds Thursday evening to speak out against Mayor Megan Barry’s plans to build a Major League Soccer stadium and affordable and workforce housing on fairgrounds land. The fair board held a special meeting in the Creative Arts Building to present the plans to the public and allow for comment.

Critics like Blair fear the fairgrounds, located near Nolensville Pike and Wedgewood Avenue, would never be the same.

“If you do anything, improve on what you’ve got,” Blair told the board. “Leave something for the regular working people. This is our fairgrounds.” 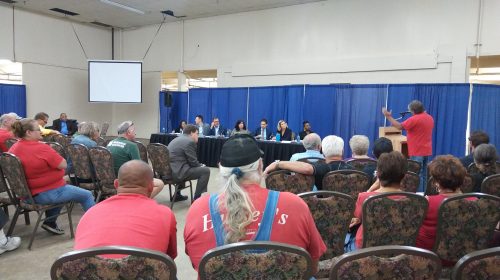 Around 150 people attended the meeting, with supporters of the group Save Our Fairgrounds arriving wearing red shirts. Dozens of people individually addressed the board, with many against the plans or somewhat in favor but concerned. A handful were unwavering in their enthusiasm, saying a soccer stadium and a planned park and greenway would be assets to the community and make the struggling fairgrounds more appealing.

Critics fear the plans could jeopardize the flea market, speedway and the annual state fair, even though Barry has promised that existing uses would be honored and improved.

“If she wants soccer in this town, this is not the place to put it,” said resident Steve Reiter.

The plans to some extent are pitting native Nashvillians against newcomers they believe are interfering with the original purpose of the fairgrounds. One critic asked board members how many of them are Nashville natives. Only one hand went up.

Barry, a progressive Democrat who was born in California and raised in Overland Park, Kansas, is trying to entice MLS to pick Nashville for an expansion team. She was not at Thursday’s fair board meeting, but earlier this week unveiled details of the city’s proposal to attract a team. MLS is expected to make a decision in December.

The stadium would cost $250 million in what Barry is characterizing as a private-public partnership with the public picking up only 10 percent of the costs. Construction would start in 2018, with most of the work being done in 2019. The team would play at a temporary location starting in March 2020 and move to the new stadium in March 2021. 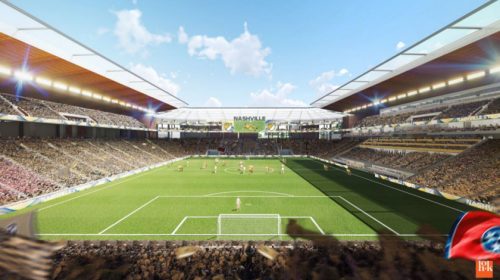 Critics say the city could end up being responsible for more costs than advertised if the stadium doesn’t generate the expected revenue.

“It’s like co-signing for a car,” Melissa Smithson told fair board members. Smithson is a supporter of Save Our Fairgrounds and chairman of the Davidson County Republican Party.

John Rose, chairman of the Tennessee State Fair Association, told the board that the association and state fair supporters are concerned about the lack of input they’ve had in reviewing plans for the stadium. 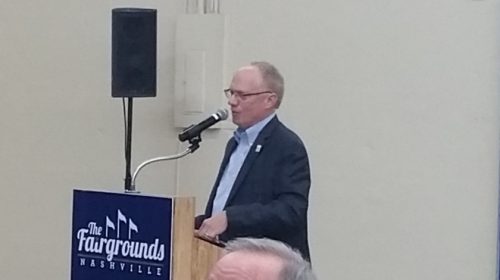 “We believe that any changes to this site that hamper or in any way deter the opportunity for success for the Tennessee State Fair would be misplaced,” said Rose, a Republican former state agriculture commissioner who  is running for Congress for the 6th Congressional District.

Rose said the the fair association has not had “any real input” and that causes state fair supporters “to doubt the sincerity of commitment from the city and from the fair board for the continuation” of the state fair at the Nashville Fairgrounds. He said Barry’s plans call for “some serious re-evaluation” and he raised questions about parking, ingress and egress, and how the state fair could be conducted during construction of the stadium and other projects.

Board Chairman Ned Horton snapped at Rose for delivering “a little bit of a slap in our face we didn’t deserve,” saying Rose once backed legislation limiting the board’s role. Rose told The Tennessee Star that Horton had arrived at “some erroneous conclusions.” 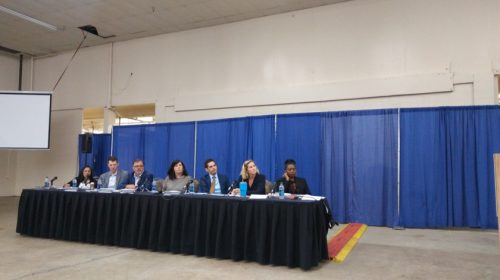 A state commission, which is separate from Rose’s fair association, recently began considering locations outside Nashville for the state fair because of declining attendance.

Barry’s plans for the fairgrounds also include improving buildings, adding recreational soccer fields, and allowing the MLS ownership group to lease about 10 acres of land for mixed-use, mixed income development that would include affordable and workforce housing.

Some critics Thursday said adding housing at the fairgrounds would be a bad idea. Others, who live close to the fairgrounds, voiced concerns about how Barry’s plans overall would impact traffic and noise in the area.

Another concern raised about the soccer stadium itself was ticket prices, and how they would likely be more than what people are paying to see auto races.

Tony Formosa, president of the Fairgrounds Speedway, told The Star that plans for the stadium “could be a good thing in the future if it’s done right.”

“They’re going to have to satisfy the common man,” he said.