FRANKLIN, Tennessee — Islam is a “seditious ideology, not a religion,” Frank Gaffney said Saturday at a conference held by the Tennessee Eagle Forum at the Embassy Suites hotel. 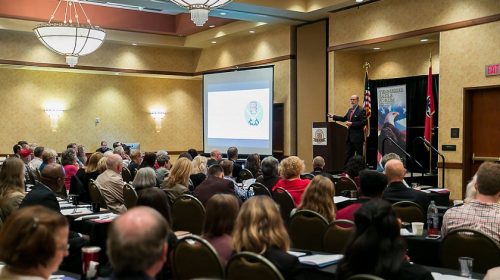 Gaffney is the founder and president of the Center for Security Policy in Washington, D.C. He was one of more than a dozen speakers at Saturday’s day-long event addressing a range of topics of interest to conservatives, including social engineering in the military, abortion, economic gains in the Trump administration, and the rise of the “snowflake” generation.

But the topic receiving the most attention from several different speakers was the spread of fundamentalist Islam and what can be done to stop it.

Gaffney said it’s critical to understand the political and totalitarian nature of Islam and the manipulative tactics used to portray it as a benign religion.

“If we don’t get that right, we are doomed under our Constitution and the protections it guarantees for religion to allow them to get to the point where they can destroy us,” he said. 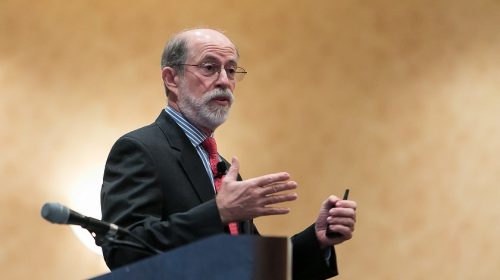 Gaffney also said it’s essential for people to become educated about the Muslim Brotherhood, which he said is “arguably the single most dangerous” radical Islamic group because of its wide and systemic influence. The group has been operating in the U.S. for more than 50 years, he said.

In addition, Gaffney said the idea that there is only a small population of violent Islamic extremists, while the rest of Muslims eschew violence, is a false narrative. He said a more accurate paradigm is one that uses sharia law as a dividing line between the many Muslims who adhere to sharia and are “our implacable enemies” and other Muslims who don’t and are “our potential friends.”

Gaffney also called out the Council for American-Islamic Relations (CAIR), which he said is treated as a civil rights group even though it is backed by the Hamas terrorist organization. Gaffney described Nashville’s Tennessean newspaper as a “PR vehicle for CAIR.”

Stephen Coughlin, an attorney and expect on Islamic law as it relates to national security, said conservatives are losing in the “information battlespace” because of the way psychological jargon is used to describe the motivations of jihadists instead of taking what they say at face value about why they do what they do. 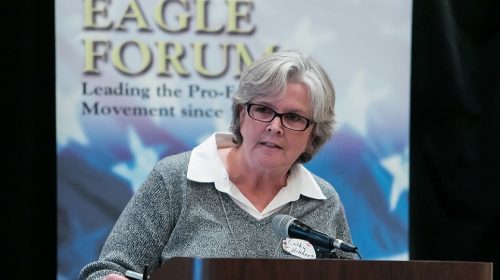 Cathy Hinners, a retired police officer from Albany, New York, who became knowledgeable about Muslim culture on the job, said Islamists and leftists are working toward the same goal of dismantling and destroying the U.S. state by state.

“What’s happening today in Tennessee is a concerted effort to change the demographics and the culture of the South, specifically Tennessee,” she said, adding that people are allowing it to happen. “We’re feeding it Miracle-Gro when we should be stamping it out.”

Hinners said interfaith dialog is deliberately blurring distinctions between Islam and Christianity and that young people today are being taught more about global issues than they are about the U.S. Constitution and American history. 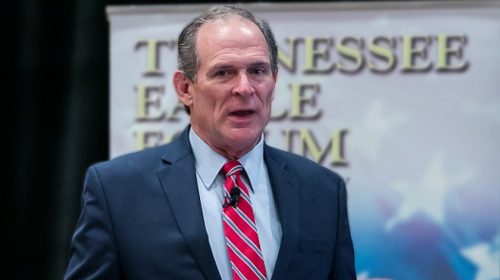 The day-long conference continued with a banquet in the evening, at which William Federer was the keynote speaker. Federer is a nationally-known speaker and author of more than 20 books on America’s heritage. He also has extensively researched the history of the Middle East and Islam. His speech covered a lot of ground, including the growth of fundamentalist Islam in recent decades, especially at the hands of oil-rich Saudi Arabia, which has funded mosques across the world.

More than 100 people attended the conference and banquet, which also celebrated Bobbie Patray’s 30 years as head of the Tennessee Eagle Forum and lobbyist at the Capitol.