As a long-time sports fan, I’ve watched the NFL self-destruct before my eyes over the past few weeks with a sense of both sadness and hopefulness.

Hopefulness? I’ll get to that.

In truth, I’m not nearly the fan of sports that I once was. As a kid it was such a thrill to go the baseball game, or basketball game, or football game. All levels were exciting to watch, from youth to high school, to college, to the pros. But especially the pros.

Professional sports has always had its good and bad. The good is that one gets the chance to see the best athletes in the world compete at the highest level—that’s entertaining and inspiring! The bad—which is more pronounced than ever—are the contract disputes, nasty player attitudes, steroid abuse, criminal acts, drunk and abusive fans, and so on.

I suppose one could say, “The thrill is gone!”

But this year, the NFL has reached a new low—players actually kneeling, sitting, and even eating during our national anthem! Just ten or even five years ago, this would be unheard of. But today’s society is constantly reaching new behavioral lows.

But the worst thing of all is to see so many fans—who pay the players’ salaries and make the whole cash cow possible—putting up with this mess. If fans had real character, they would simply walk out of these stadiums until respect for our nation is restored.

The behavior of these players looks even more petty in the wake of the horrible Las Vegas killings. 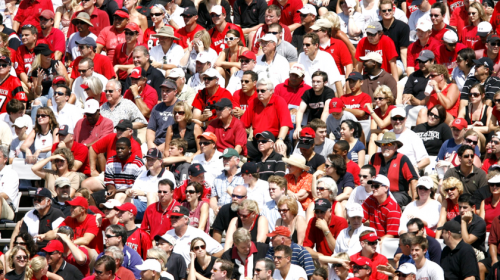 So why won’t more fans leave? Because they’re addicted to watching sports.

But where I am sad to see the NFL self-destructing, I also see opportunity here for its fans. What is that opportunity? Reclaim your Sunday! (And Monday and Thursday night, too!) How so?

Well, how about going for a refreshing hike in the great outdoors? Fall is a beautiful time of year in much of our country. Or host a barbeque. Or find a good church, or spend some quality family time together. Or how about—God forbid—taking a little time in solitude to reflect on and show appreciation for your life?

The Good Book speaks of honoring the Sabbath day. That day is considered Sunday by many Americans. I believe that honoring the day can mean doing some of the things I mentioned in the previous paragraph. But football has become a giant idol, which is worshipped every Sunday, and during the week too.

There’s a big difference between getting some rest, relaxation, and reflection (the three “r’s”!) and immersing yourself in three and a half hours of mostly tasteless commercials and a little actual action.

According to the NFL, approximately 45% of its fan base is female, but the rise of NFL football has negatively impacted American men the most. Millions have willingly given up their time, meanwhile pulling time away from their families and themselves. 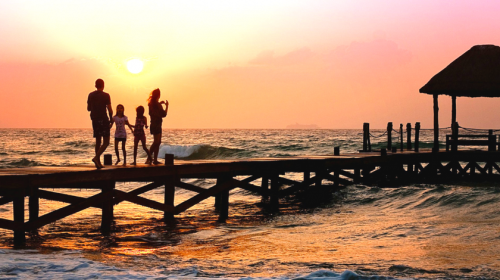 How much time is being blown? A pro football game lasts upwards of three and a half hours! That’s a big chunk of time that never comes back!

And that’s just one game. Imagine watching a second game, which is not uncommon. And times that by how many games are watched in a year, for instance.  Sixteen regular season games plus four playoff rounds is twenty games per season, times 3.5 hours per game equals at least seventy hours of football per season. That’s almost two weeks of work or vacation time! And that’s just figuring for Sunday games. Add in college football, baseball, basketball, golf, boxing, mixed martial arts, and so on. The entertainment time commitment is absolutely mind-boggling!

I have no doubt that spiritual and mental health suffer during football season for passive spectators. And physical health—just look at all of the (bad) food being consumed each game, and the only exercise is often popping off a beer top or clicking the remote!

We have evolved from a nation of doers into a nation of watchers. That’s a horrible trade! We used to play sports. Oh, some still do, especially those who play on high school or college teams. But so many older Americans—those who need exercise the most—are instead sitting on their cans watching somebody else exercise!

The corresponding rise in health issues on nearly every front is a direct result of this mass passiveness and ingestion of crap into our bodies.

The NFL’s implosion is the best opportunity American men and women have had in years to wake up, back away from the TV set, start to actually LIVE again, and bring their families along for the ride. I hope more and more Americans see this amazing opportunity, and take full advantage of it.

Patrick Rooney is the Founder and President of GREEK PHYSIQUE™, LLC, which specializes in functional body sculpting for men and women in Middle Tennessee and worldwide via phone and Skype. Patrick is Certified through the National Association of Fitness Certification (NAFC). Email questions or training inquiries to [email protected].

7 Thoughts to “The NFL’s Downfall is an Opportunity for America!”