Lorie Duke & Birgitta Williamson, co-chairs of the 2018 Symphony Fashion Show, have proudly announced that the 13th annual edition of the event will showcase the fall 2018 collection of acclaimed designer Jason Wu and entertainment by the Grammy-winning country ensemble Little Big Town.

One of Nashville’s leading runway shows, presented through a partnership between the Symphony and Gus Mayer of Nashville, the Symphony Fashion Show will take place on Tuesday, April 17, 2018, at Schermerhorn Symphony Center. 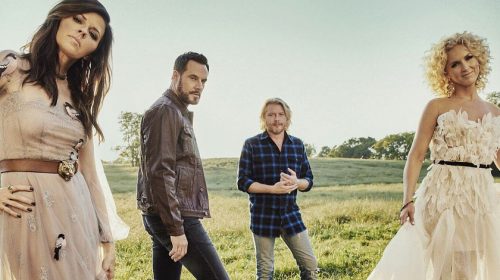 “For more than a decade, the Symphony Fashion Show has brought together some of the finest talent from the worlds of music and fashion for one of Music City’s most glamorous evenings, and 2018 will be no different with Jason Wu and Little Big Town on board,” said Duke. “It is a thrill and an honor to have both involved in this incredible event that supports the Symphony’s year-round work in our community, and I know our Fashion Show attendees are in for a treat this April.”

“The Symphony Fashion Show has attracted some of the world’s biggest designers in recent years, and with his prodigious talent and creativity, Jason Wu is a fitting addition to the long line of featured designers who have come before him,” added Williamson. “Little Big Town is a Nashville institution – a wonderful example of the musical talent we have here – and coupling their performance with Jason’s dazzling fall collection ensures that the 2018 Symphony Fashion Show will be the can’t-miss event of the spring.”

Only 35 years old, Jason Wu has already become one of the world’s most influential design talents. Since launching his Ready-to-Wear collection in 2007, he has continuously produced timeless designs marked by glamorous sensibility and a distinctively feminine aesthetic, merging classic American sportswear elements with a sophisticated global attitude. With more than 90 percent of the Jason Wu Collection manufactured in New York City’s famed Garment District, Wu is firmly committed to couture quality craftsmanship, and he has dressed a veritable who’s-who of influential women – including First Lady Michelle Obama, Reese Witherspoon, Julianne Moore, Diane Kruger, Kerry Washington, Christy Turlington and Thandie Newton.

A recipient of the prestigious Swarovski Award for Womenswear at the 2010 CFDA Fashion Awards, Wu was also appointed Artistic Director of Hugo Boss womenswear Ready to Wear and Accessory collection in 2013. More recently, he was honored with the Fashion Star Award at The Fashion Group International Night of Stars in 2015, and he was named the 2016 International Designer of the Year at the Canadian Arts & Fashion Awards. Last year, Wu expanded with GREY Jason Wu – a sister brand named after his favorite color that shares the femininity of the Jason Wu Collection, but with a more relaxed attitude.

Renowned for their distinctive four-part vocal harmonies, Phillip Sweet, Karen Fairchild, Kimberly Schlapman and Jimi Westbrook make up the Grammy Award-winning group, Little Big Town. Little Big Town first entered the music scene more than 18 years ago with hits such as “Boondocks,” “Bring It On Home,” “Good As Gone,” and “Little White Church,” as well as their #1 singles “Pontoon,” “Tornado,” “Day Drinking,” “Girl Crush,” and “Better Man.” The critically-acclaimed group has amassed more than 50 award show nominations and recently earned their 26th career CMA nomination, including a nomination for album of the year for their chart-topping album, The Breaker.

The band is the reigning ACM and CMA Vocal Group of the Year as well as the current People’s Choice Choice Country Group winner, and launched a history-making, sold-out, year-long artist residency at the famed Ryman Auditorium in Nashville earlier this year, marking the venue’s first-ever year-long residency in its 125-year history.

Tickets for the 2018 Symphony Fashion Show will go on sale in February. More information is available at NashvilleSymphony.org/fashionshow.