Mike Huckabee has endorsed evangelist Scott Dawson in his bid for the Republican nomination for governor of Alabama.

The former Arkansas governor and two-time presidential candidate announced his support for Dawson on the “Rick and Bubba” radio program. 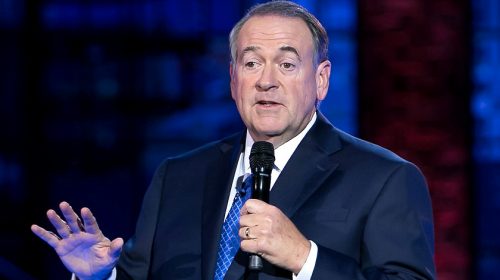 “I am so grateful to Mike for the advice, counsel and prayers he has given to me and I look forward to campaigning with him,” Dawson said on Facebook last week.

Dawson is the staff evangelist and chief development officer for the Birmingham-based Scott Dawson Evangelistic Association. He started the ministry in 1987 while still in college and today it reaches across America. He received a master of divinity degree from Samford University’s Beeson Divinity School in 1993 and was ordained by Roebuck Park Baptist Church.

Dawson has never run for office before, but Huckabee, a former Baptist minister, said on the radio program that Dawson’s experiences in church ministry make him uniquely qualified for public service. Huckabee said pastors develop administrative skills and also deal firsthand with a variety of social issues, from helping people with drug addiction to interacting with those who have committed crimes or are crime victims to supporting middle-aged people caring for elderly parents.

Huckabee recently launched a new TV show on the Trinity Broadcasting Network that is filmed in Nashville.