MURFREESBORO, Tennessee — Martin Luther didn’t set out to start a new church, much less change the course of the Western world. 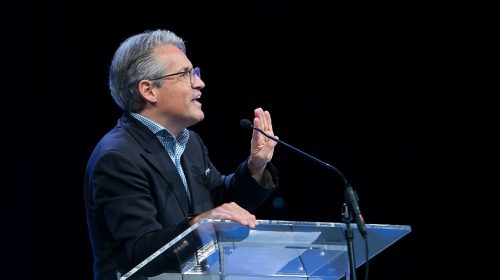 But his actions in 16th century Germany had profound effects on religion and politics in the years to come.

Well-known Christian writer and speaker Eric Metaxas recounted Luther’s life story Saturday at World Outreach Church in Murfreesboro. Around 2,000 people turned out to listen to Metaxas, author of the new book, Martin Luther: The Man Who Rediscovered God and Changed the World.

“He opened the door, folks, to this thing we call freedom,” Metaxas said, describing how Luther stood against the powers that be and showed that truth was independent of power. “Sometimes power was the enemy of truth,” Metaxas said. 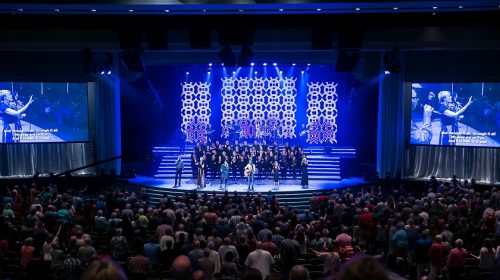 Oct. 31 marks the 500th anniversary of the Reformation, which Luther inadvertently led, causing a break with the Catholic Church and the creation of new Protestant denominations.

Luther was born into a world in which the gospel had been obscured, Metaxas said. The church was focused on institutional power and building projects and ordinary people believed they had to earn their way to heaven. “There was a lot of fear,” Metaxas said.

Luther’s father wanted him to practice law, but the intense, sensitive and deeply spiritual Luther became a monk. But he worried incessantly about his salvation and was miserable. He found no peace, no matter how much time he spent doing penance.

Luther began to study the Bible like crazy, which wasn’t normal for the times, Metaxas said. The printing press was still relatively new, and not even priests and monks spent much time reading Scripture. Luther’s spiritual life was changed by a passage in the New Testament book of Romans about the righteousness of God. For the first time, Luther began to see righteousness as a gift from God, not something Christians earn through good works. 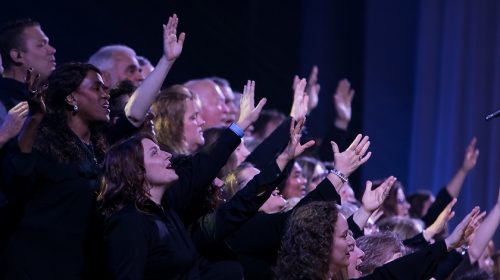 Luther wrote his famous 95 theses to challenge the church’s sale of indulgences promising forgiveness of sins. On Oct. 31, 1517, he posted them on the door of the Castle Church in Wittenberg, Germany. While many imagine this scene as a grand heroic moment, that was far from the case, Metaxas said. Luther merely wanted to start a debate and wrote them in Latin for his target audience of fellow theologians. But they were soon translated into German and spread rapidly, and Luther was called before church authorities to defend his position.

Luther and his followers eventually broke away from the Catholic Church, even though his original intention was simply to reform it from within.

Metaxas said there were other reformers before Luther but they were killed for their beliefs and their views did not spread as did Luther’s ideas, which benefited from the advent of the printing press.

Luther’s actions paved the way for the rights of conscience and free speech to play a role in culture and politics. His life also displayed the power of the gospel, Metaxas said. 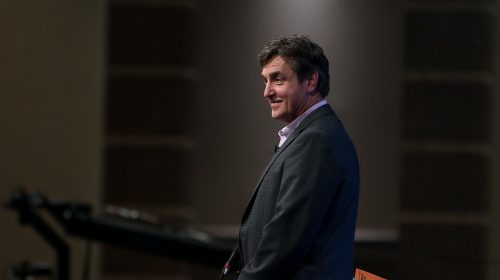 “All he did was rediscover the golden treasure of eternity in history called the gospel of Jesus Christ,” Metaxas said. “When you free that from its prison and you lift it out, everything changes. It touches everything.”

Metaxas said he hopes people who aren’t Christians but are interested in history will read his book on Luther and become receptive to the gospel.

Allen Jackson, senior pastor at World Outreach Church, told the audience that the hefty tome is worth the read.

“There’s an energy in it from the first page,” Jackson said.

Metaxas will speak again at 10:30 a.m. and 6 p.m. today. The church is located at 1921 New Salem Highway. For more information, visit the church website at wochurch.org.