Skip to content
Speaking to the 7th and 8th Congressional District Coalition in Paris, Tennessee on Thursday evening, The Tennessee Star CEO and Editor-in-chief Michael Patrick Leahy asked the long time Tea Party activists in the audience to sign up as Constitution Mentors for the next generation. 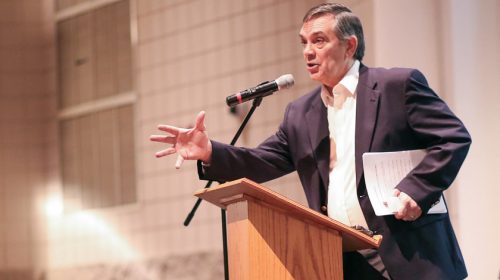 Leahy noted that most Tea Party activists are now 50 or older.

“We launched this movement back in February 2009, more than eight years ago. We’ve all gotten older,” Leahy, who is also a Breitbart contributor based in Nashville, told the audience.

“It’s time for us to pass the torch of constitutional liberty on to the next generation, and one way to do that is for you to sign up and become a Constitution Mentor as part of the Polk Foundation’s Tennessee Star Constitution Project,” Leahy noted.

“My boss at Breitbart and good friend, former White House chief strategist and Breitbart executive chairman Steve Bannon, has been saying for some time that we’re not going to Make America Great Again overnight. It’s going to take another ten, twenty years. I think he’s right, it may even take thirty years to preserve and protect our constitutional republic.” 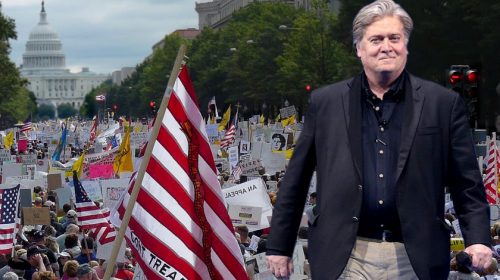 “But as Steve points out, we didn’t get here overnight. It’s taken a century of progressive policies to put us in this mess, and we’re going to have to grind it out one day at a time, one battle at a time, to reverse those policies amd restore constitutional liberty in our country,” Leahy said.

“To do that, we need what I call the four cornerstones of constitutional liberty.”

“First, we need a free press. And by that I mean we need media outlets that honestly present the facts in the news of the day from a conservative world view. The vast majority of the mainstream media is biased and liberal. You can see where, at a national level, Breitbart News has been able to use the new social media technologies and terrific investigative reporting to provide a counterbalance to that huge liberal bias elsewhere.”

“We launched The Tennessee Star — which, by the way, I personally own 100 percent — back in February to provide a conservative counterbalance to the lockstep biased liberal news that is offered at the state and local level here in Tennessee. And we’ve been tremendously successful. More than 3 and a half million total visits in eight months. We’re also profitable, based on strong local advertisers,” Leahy said. 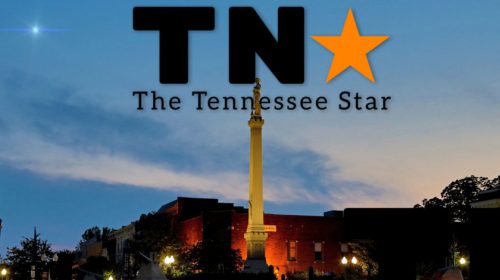 “Consider this fact–In the state of Tennessee, where Donald Trump won 92 of 95 counties and beat Hillary Clinton by a whopping 61 percent to 35 percent, there is only one consistently conservative media outlet–The Tennessee Star!” he noted.

“Now the second cornerstone of constitutional liberty is political engagement. That’s very important. We need to elect constitutional conservatives at the local, state, and federal level.”

“It’s the fourth cornerstone of constitutional liberty that I want to talk to you about tonight: education of the next generation. This is an area where you have an important role to play,” Leahy said.

He then explained how The Polk Foundation’s Tennessee Star Constitution Project began.

“When we launched The Tennessee Star, one of our goals was to write a weekly article about an aspect of the Constitution that secondary school students could read and use as a supplement to what they’re being taught in school,” he said.

The Polk Foundation, a non-profit organization based in Nashville offered to help turn those articles into a book, and in July, the pilot project edition of The Tennessee Star Guide to the Constitution and the Bill of Rights for Secondary School Students, was published, based on those articles, which were written by Leahy, John Harris, and Claudia Henneberry.

Leahy explained how several local high schools in Cheatham County and Stewart County agreed to participate in the pilot project, and about 200 copies of the book have been distributed to those schools, as well as local home schoolers.

“We held the first Tennessee Star Constitution Bee at Sycamore High School in Cheatham County back in September, and, thanks to the Polk Foundation, the winner of that event, 17-year-old home schooler Noah Farley, was awarded a free trip, along with his father, to Washington, D.C., where he attended a lecture at Hillsdale College’s Kirby Center for the Constitution delivered by U.S. District of of Columbia Circuit Thomas Griffith,” Leahy noted.

The website explains that, volunteers can become Certified Constitution Mentors after going through a brief training session, which will train them: 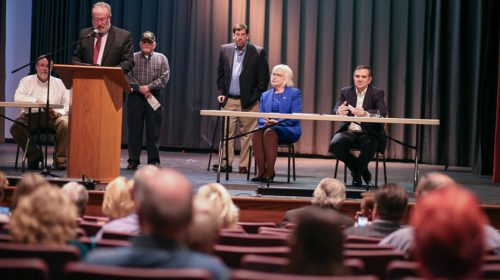 Leahy noted the first Constitution Mentor training session will be held in Nashville on Saturday, November 11, from 1 p.m. to 4 p.m.

“The idea is for you to pass on your knowledge about the Constitution to the next generation, and prepare them to compete in our next Tennessee Star Constitution Bee, which will be held in Williamson County on April 28,” Leahy noted.