MURFREESBORO, Tennessee–The owner of the two Chick-fil-A franchise locations in Murfreesboro provided hundreds of first responders and their immediate family free meals on Friday, one day in advance of controversial “White Lives Matter” permitted rally that will be held in the square on Saturday. 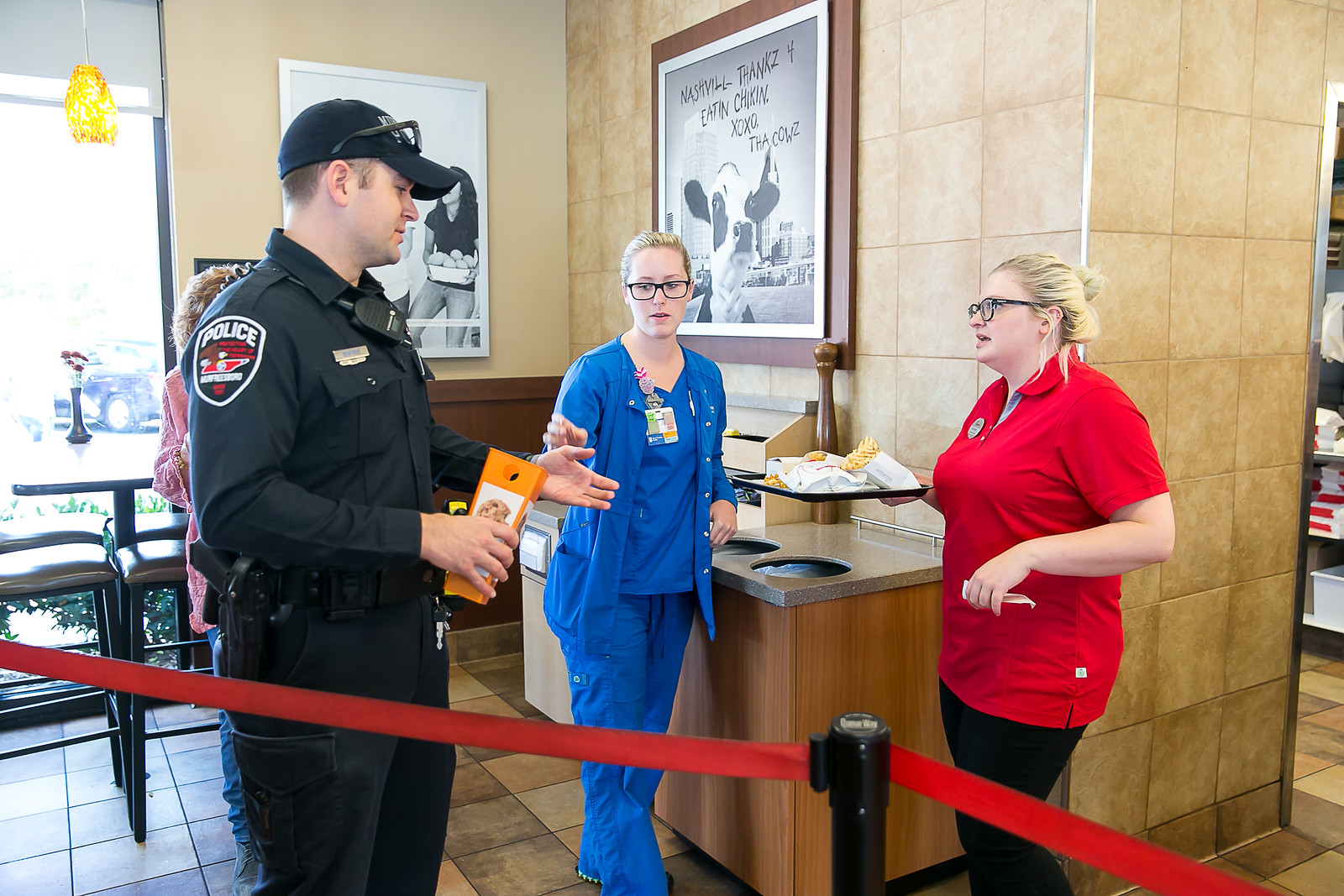 “We wanted to take the opportunity to thank all the first responders in our community before they had to work a long weekend,” Taylor Warren, assistant to Chick-fil-A franchisee owner Beau Noblitt told The Tennessee Star on Friday.

“We were allowing the first responders and their immediate family members to come in and have a free meal on us all day Friday, from 6 am to 10 pm at our two stores on Old Fort Parkway and Memorial Blvd,” Warren explained.

“Between both of the stores, we provided at least a couple hundred of free meals. We decided on Monday to do something the day before the rally started. Later on Monday we posted a video on our Facebook page about our free meals for first responders on Friday. From there it spread like wildfire,” she noted. 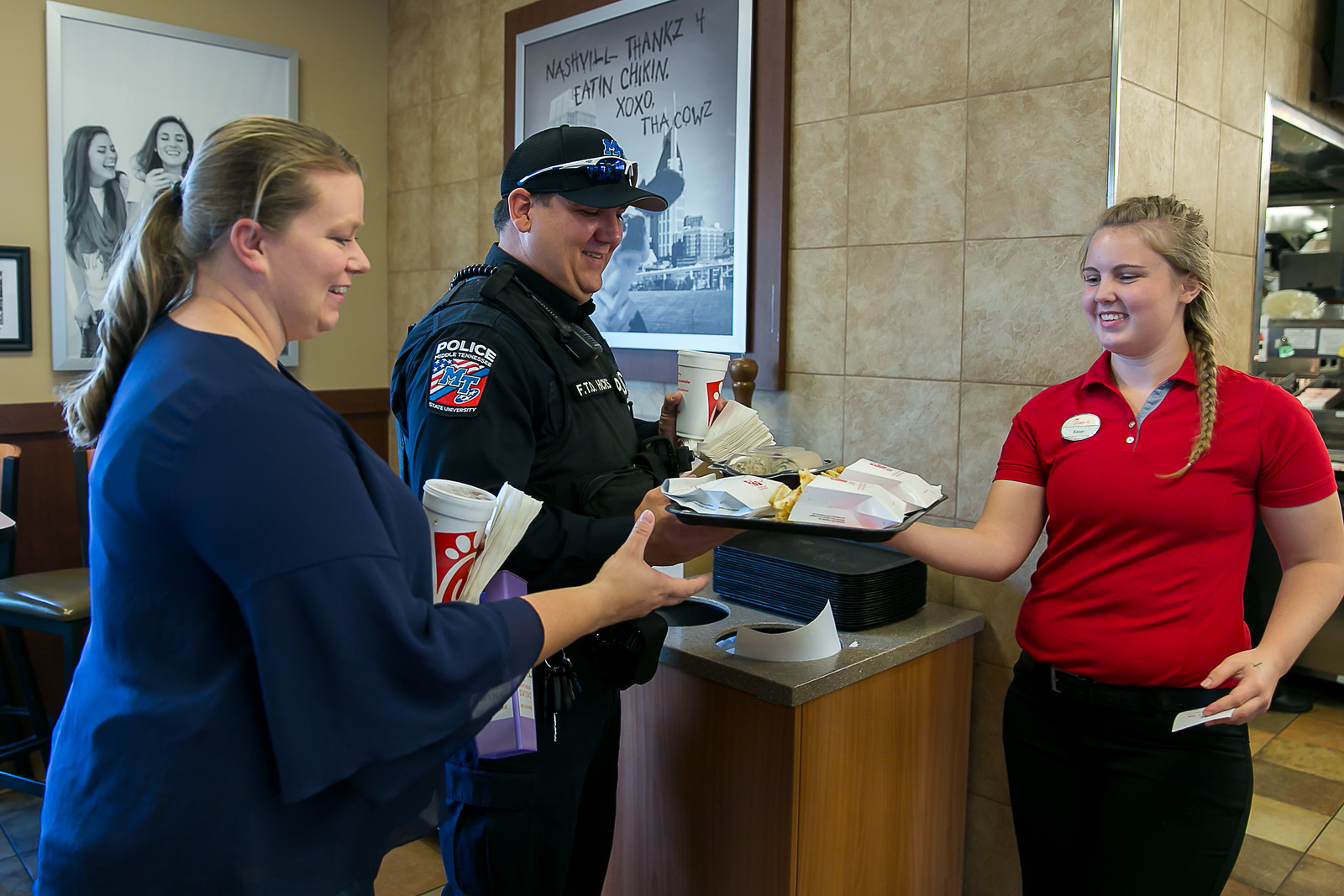 “It’s probably one of our most viewed Facebook posts since I’ve been here,” Warren added.

“A native of Knoxville, Warren has lived in Murfreesboro since 2004 and began working for Noblitt’s Murfreesboro franchise locations four years ago.

Warren says Noblitt has owned the two Chick-fil-A franchises in Murfreesboro for about eight years.

She said both Chick-fil-A locations in Murfreesboro will be open on Saturday from 6 am to 10 pm, normal business hours. 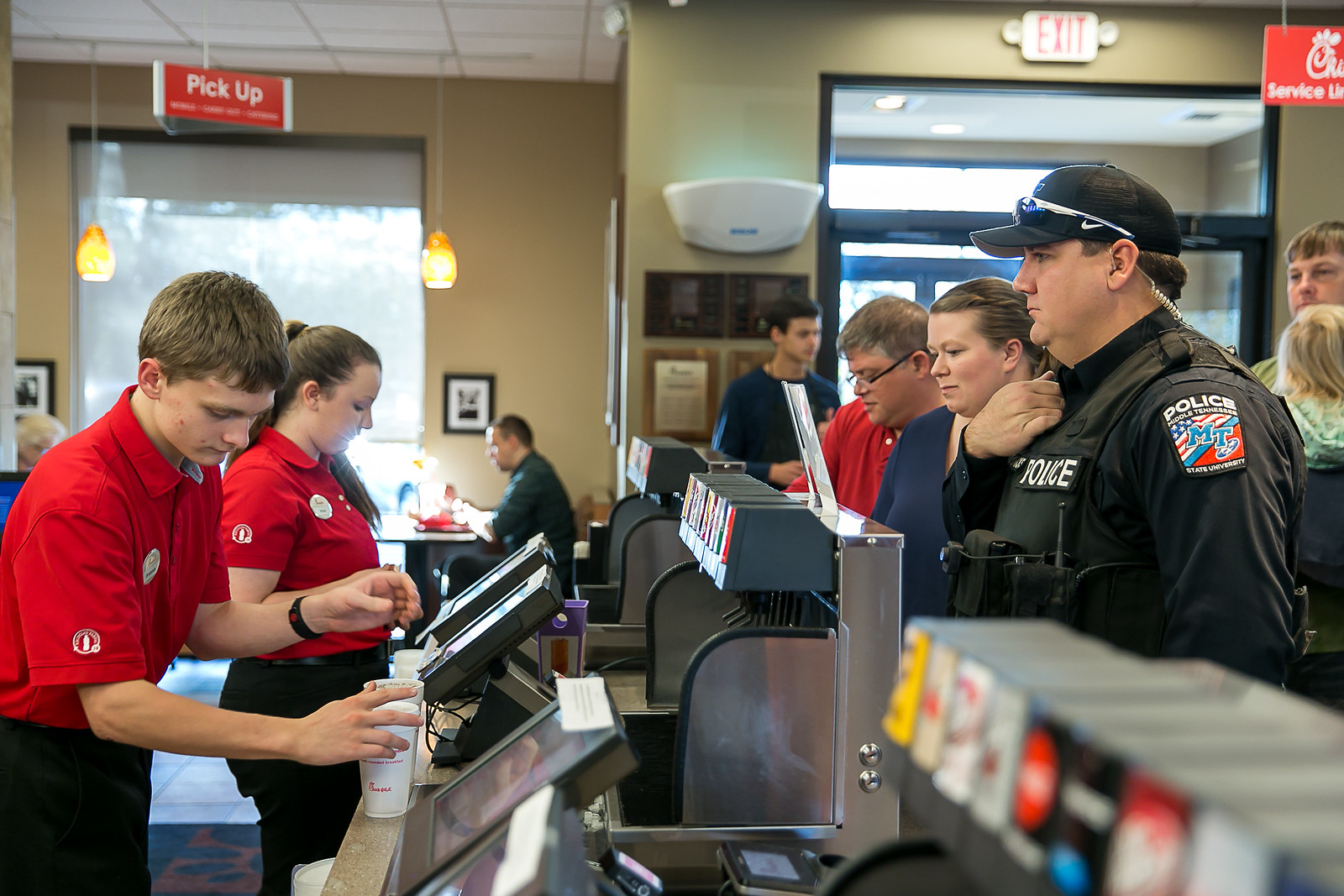 Warren said that “if you ask anybody what makes Chick-fil-A special, they would say it is our customer service. We claim Chick-fil-A as our home, and we work hard to make our customers feel like they are guests in our home.”

As has been the case with all Chick-Fil-A stores since the company was founded in 1964, the Murfreesboro stores will be closed on Sunday.

You can watch the video posted on the Murfreesboro Chick-Fil-A Facebook page on Monday here: