Tight security prevailed in Murfreesboro as an estimated 200 protesters waited to go through tightened security to attend a permitted White Lives Rally of the League of the South. The rally, scheduled for 1 pm, has not begun as of 1:20 pm.

They formed a protective barrier within a manmade moat of fences that separated protesters from the League of the South. 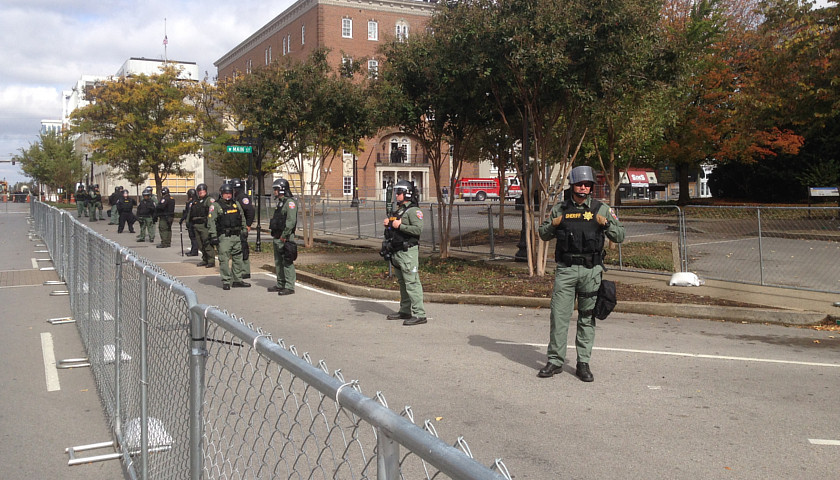