A heavy law enforcement presence and a well planned security strategy kept a tiny group of League of the South members separated from an estimated 1,000 counter protesters in Murfreesboro on Saturday. 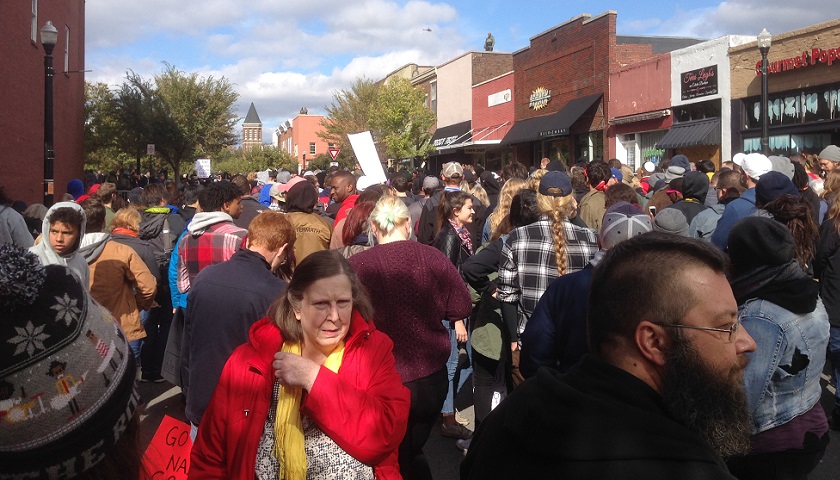 The event ended peacefully with no arrests, the Murfreesboro Police Department confirmed at about 3:45 p.m.

Leaders from the League of the South, who had obtained a permit to hold a rally from 1 p.m. to 4 p.m. on the square cancelled their talk at 3 p.m. About an hour earlier, a small group from the organization, numbering no more than thirty, held forth for about 45 minutes from within the heavily protected permit area on the lawn outside the Rutherford County Courthouse.

Though they delivered their message, few heard it, and the counter protesters that did shouted back and forth across two lines of barricades and dozens of armed officers from the Rutherford County Sheriff’s Office dressed in full riot gear.

The Murfreesboro Police Department stated after the rally that about 800 to 1,000 counter protesters showed up. 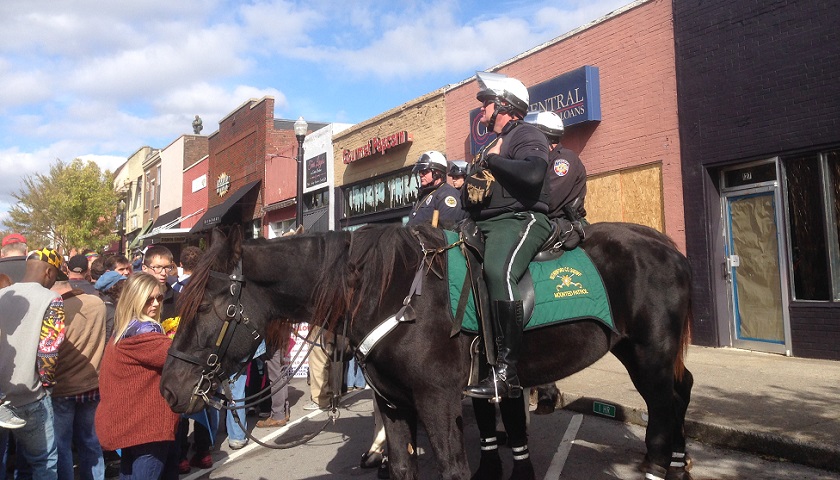 Several hundred law enforcement officers from the Rutherford County Sheriff’s Office, Murfreesboro Police Department, and the Tennessee State Police presented an overwhelming display of force, which no one from either the League of the South or the counter protesters attempted to contest.

Earlier in the day, the same group held a legal sidewalk rally in Shelbyville that also ended peacefully. One person was arrested at that event.