Congressman Marsha Blackburn’s (R-TN -07) decision to seek the U.S. Senate seat currently held by Senator Bob Corker in 2018 has sparked a flurry of interest in filling her seat in Congress. State Senator Mark Green (R-Clarksville) has already announced his intentions to run, and Williamson County Christian conservative activist Laurie Cardoza Moore is considering the race along with Franklin Mayor Ken Moore. However, another potential candidate is creating a lot of buzz as well.

Lee Thomas Miller is an award winning songwriter and conservative advocate who lives in Williamson County with his wife Jana and their four kids. He has penned songs for some of the top country and Christian artists, including Trace Adkins, Brad Paisley, George Strait, Jamey Johnson, Tim McGraw, Chris Stapleton and Brandon Heath, to name a few. Most people know his hit songs, like “In Color,” “The Impossible,” “You’re Gonna Miss This,” and “I’m Still a Guy.”

With, 7 No. 1 songs, 12 top-10’s, CMA and ACM wins for song of the year, and three Grammy nominations, this son of a Kentucky tobacco farmer and small town librarian is well known in music industry circles though not yet in the political arena.

But in an era when conservative values are not really embraced, Miller has been a courageous voice in the culture wars. In 2006, Miller and his wife were among a group of parents known as “praying parents” at Lakeview Elementary School in Mt. Juliet, where their children attended, who met to pray for the school, their children and the teachers. The American Civil Liberties Union of Tennessee sued the Wilson County school board for inappropriately promoting religion by allowing the Praying Parents to meet on campus even though they had no contact with the students.

U.S. District Judge Robert L. Echols ruled in favor of the ACLU and wrote in his opinion that the school administration agreed with the Praying Parents’ purpose of promoting Christianity in the school, “became excessively entangled with the group’s religious activities and abandoned the school’s constitutional obligation to maintain strict neutrality towards religion.”

Less than a year later, the Millers were among four couples who sued the school system themselves in order to protect the religious liberties of their children.  The Alliance Defense Fund filed the suit claiming the school board censored posters for a student-led prayer event, “See you at the Pole.” The students were prevented from displaying posters that they had created that included the phrases “In God We Trust” and “God Bless the U.S.A.” The posters included disclaimers saying the event was not sponsored by the school. The suit claimed that the school system was violating the students’ rights to religious liberty. As a result of the suit, the school system ultimately consented to a court order that affirmed the religious freedom and freedom of speech for all students in the district.

When not writing songs, Miller spends time lobbying Congress as President of the Nashville Songwriters Association International (NSAI).  He has testified multiple times in the U. S. Capitol for legislation that protects intellectual property.  “When I started making the D.C. trips with NSAI, I was blown away by the fact that we could go up there, take our guitars, sing for members of Congress and tell them about our copyright issues,” he says. “I felt like that was the American system at its best; a citizen walking into their representative government and lobbying for themselves and their business. That inspired me.”

“But like most people, I am increasingly frustrated with the lack of progress in Washington when it comes to dealing with issues that my family and neighbors are struggling with,” Miller said. “As a songwriter I tell stories about the triumphs and struggles of real people. If these stories are being told to Congress, many times it appears they are not listening or they just don’t care. Stories like the lack of good jobs in rural areas, or the crushing burden of health care and the impact of unpaid medical bills on families. What kind of mess are we leaving for our children and grandchildren? We seem to have abandoned our common sense principles, diminished our Faith and reliance on God, and failed to protect and preserve the foundations that created America.”

“Our values are under attack, yet too few of us are fully engaged in the fight. Protecting unborn life, cutting taxes and regulations that cripple our economy, particularly in the rural communities of the 7th District, securing our borders and making sure that our military men and women have the support and funding they need when they protect us on the front lines AND when they come home are just some of those values.” Miller added. 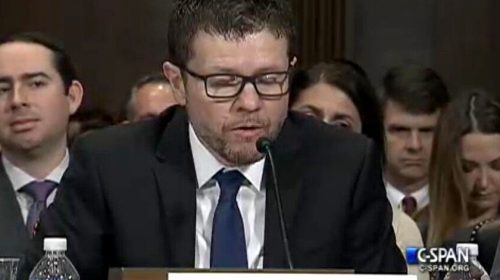 “I don’t have a specific timetable for launching a campaign for Congress,” Miller pointed out, “but I would say sooner rather than later. And, yes, quite a few of my friends in the music business have offered to come out on the campaign trail with me, and there is likely to be some guitars played on the trail.”

Miller has served on the board of the Davis House child advocacy center (serving Tennessee State House District 21) for several years as well as assisting in fund raising for many charities in middle Tennessee.