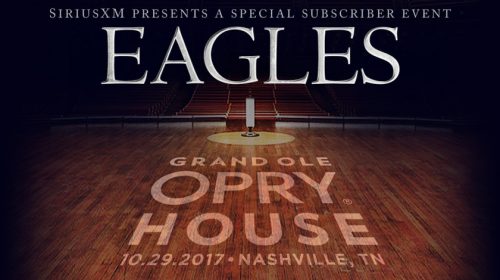 Helping to fill the void left by Glenn Frey’s passing was Vince Gill who was introduced by Don Henley as “your hometown boy.”  Vince Gill stated, “Forty-five years ago, I heard the first record that the Eagles made and it changed everybody’s lives.  It has been one of the greatest thrills of my life to receive the phone call [to play for the Eagles].” He continued, ” I must tell you, it’s very strange for me to hear anybody’s voice but Glenn’s to sing these songs, but I will do my best.”  With Vince Gill’s combination of talent and vulnerability, he was the perfect performer to fill Glenn’s Frey’s shoes. 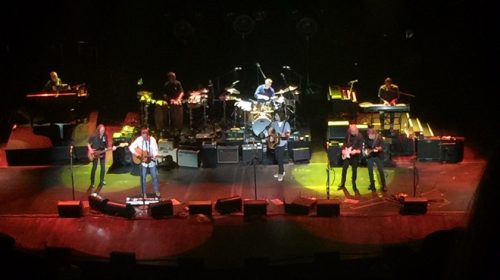 While Gill sang lead for Lyin’ Eyes, Take it to the Limit and New Kid in Town.  Deacon Frey (Glenn Frey’s son) sang lead on Peaceful Easy Feeling and Already Gone.  Deacon Frey seemed somewhat in awe to be playing at the Grand Ole Opry House.  He confirmed that “It is such an amazing experience to be here.”

Bassist, Timothy B. Schmit, the band’s distinctive tenor, sang Love Will Keep Us Alive and I Can’t Tell You Why while the playful but amazing Joe Walsh thrilled the crowd with his fun songs, Life’s Been Good and Rocky Mountain Way.  Walsh stated he had never been to Nashville during Halloween to which Don Henley replied, “You can’t trick or treat, you’re 69 years old.”  Walsh dryly replied, “In the 70’s, every night was Halloween for us.”

The most iconic voice of the Eagles has always belonged to Don Henley as he is one of the few drummers who is also a lead singer.  He did not disappoint as he sang lead for a newly arranged Witchy Woman, Heartache Tonight and Tequilla Sunrise.  Naturally, the highlight of the evening was the haunting rendition of Hotel California which began with a Spanish-influenced trumpet solo followed by the legendary guitar intro expertly played by Joe Walsh and Steuart Smith.  After the 2nd Encore, Henley concluded the concert with simple but moving anthem, Desperado. 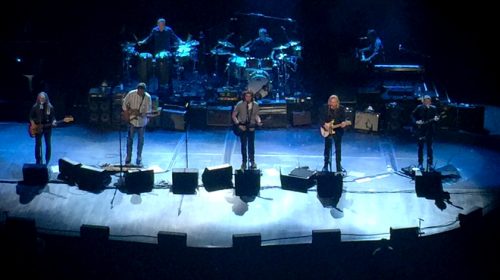 As the concert was concluding, it was obvious that some of the voices were raspier, maybe more restrained.  However, what was not was not subdued was the masterful guitar playing by Walsh, Smith, and Gill while Don Henley never missed a beat with his drum solos.  It was a night that will be remembered in Nashville for a long, long time.

Part of the concert was live-streamed and will air on SiriusXM’s Hotel California, the limited-run channel presented by the band over Thanksgiving weekend. SiriusXM’s Hotel California will feature music from the band’s extensive career as well as their solo records and influences. The channel will launch mid-November and will air through the holidays.

Fans can keep up-to-date with all things Eagles by following their Facebook page and checking in to their website.