Actually, it was all about that bourbon at the third annual Bourbon Bash held amid the stills in the Leiper’s Fork Distillery in Franklin on Saturday night. The event focused on an evening long opportunity to experience brands produced by local distilleries, like Leiper’s Fork and Greenbrier, to large distilleries like Jack Daniels and Dickel and a sampling of the unique tastes from others including Coopers Craft, H Clark, Four Roses, Tenn South and Old Forester. 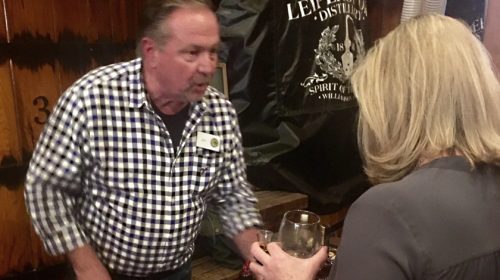 Pamela Furr, founder and co-host of the event, was thrilled by the turnout and the funds generated by the sponsors and guests. “In just three years we have gone from an idea to a unique evening of fun and fundraising that promises to be even bigger and better next year!” All proceeds from the event benefit the Green Beret Foundation. “The funds we raise for this organization helps them do great work for those who have served our nation so honorably, but the attention we draw to them and what they are doing is just as important as the money,” Furr pointed out.

Lee and Lynlee Kennedy, proprietors of the Leiper’s Fork Distillery, were proud to show off their products AND where they are produced. “This is the second year we have served as the site for the Bourbon Bash and we are already on board for next year,” Lee Kennedy said. “The site of our distillery has been tied to bourbon since the earliest years of the State of Tennessee so it is a natural location to host the Bourbon Bash.” The distillery offers regular tours and tastings for those who don’t want to wait until next year’s Bourbon Bash. 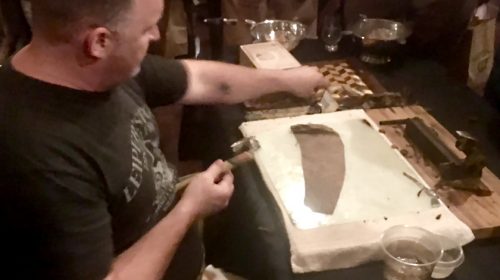 Cigars are a natural complement to good bourbon so the event also featured a demonstration of rolling and cutting by Jason Marks from Atomic Cigars. www.atomiccigars.com. On a cold, late October night the cigars and fire pits were a perfect fit.

“As word spreads about this unique event, we expect to have more sponsors and distilleries involved next year,” Furr noted. “But we will take at least a week or so before we get started on next year,” she laughed. Those interested in being involved in the 4th Annual Bourbon Bash should contact Furr at [email protected]