Representative Diane Black’s latest hit on fellow gubernatorial candidate Randy Boyd is sure to have news professionals chortling with the clever use of the media jargon ‘b-roll’ to describe Mr. Boyd’s 100-day publicity tour of Tennessee featuring his literally running across the state.

The term ‘b-roll’ – sometimes called ‘cutaways’ – is a media industry phrase that is used to describe the images viewers see when the news-personality is talking about the story at hand. The lesser-used term ‘a-roll’ is the video of the interviewer or interviewee talking on-camera. For instance, when a story is presented about a bake sale, the footage of cookies, batter, icing, and cakes that show while the reporter talks about the where and when of the bake sale is ‘b-roll.’ Often, b-roll is considered the fluff or filler of a story. 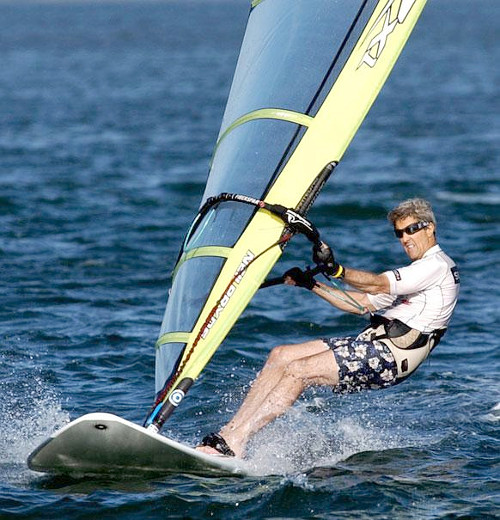 The strategy animating the ‘Run with Randy’ project is to showcase the Knoxville businessman’s outdoorsy, fitness-loving personality. However some are beginning to compare Boyd’s literal run to a similar strategy by fellow fitness enthusiast, Senator John Kerry, in his presidential bid of 2004.

“Today, Randy Boyd completes his ‘B-Roll Run’ across Tennessee,” a statement from Diane Black’s campaign began. “But he’ll have to keep running if he wants to get away from his moderate record of opposing Donald Trump, supporting illegal immigration, supporting common core and supporting Democrats.”

The statement went on to list several specific examples:

– Randy Boyd said supporting Donald Trump would be “anathema” to him.
– Randy Boyd made the largest donation in history ($250,000) to Conexion Americas, a group associated with La Raza, whose co-founder helped organize the anti-Trump #INDIVISIBLE campaign.
– Randy Boyd is a “staunch supporter” of common core.
– Randy Boyd donated $3,800 to a Democratic candidate for the state Supreme Court.
– Randy Boyd was appointed by Barack Obama to an education board that worked to provide free community college to illegal immigrants.

Black’s spokesman Chris Hartline summed it up for the candidate with this stinging remark:

With a conservative record almost as short as his shorts, it’s no surprise Randy Boyd is trying to run from his record. With his biggest supporter, Jeb!, coming to town, Randy! is trying to hide his moderate record of opposing Trump, supporting illegal immigration, supporting Common Core and supporting Democrats. He’ll have to run further West than Memphis to hide the truth from Tennesseans.

Meanwhile, the Boyd campaign is chugging right along, with a tweet from this morning featuring the candidate in the midst of running toward his ultimate destination of Memphis, along with a Halloween greeting:

According to Boyd campaign materials, the ‘Run with Randy‘ project will finish November 10th.