U.S. Rep. Steve Cohen (D-TN-9) on Wednesday accused an African-American conservative activist who testified about abortion’s harmful effects on the black community of “ignorance” with respect to the sincerity of his positions on social problems and an “inability” to appropriately address Congress. 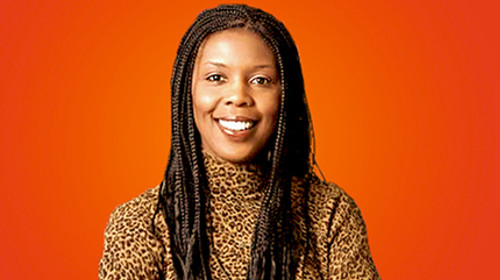 The tense exchange came during a hearing in Washington, D.C., before the House Judiciary Committee’s Subcommittee on the Constitution and Civil Justice on the “Heartbeat Protection Act of 2017,” which would ban abortions of babies with detectable heartbeats.

Star Parker, founder and president of the Center for Urban Renewal and Education (CURE) and a longtime conservative columnist and speaker, said it was “disingenuous” of Cohen to distract from the abortion issue by bringing Medicaid into the debate, reports LifeSiteNews.

Cohen, whose district covers most of Memphis, is against the heartbeat bill, arguing that it violates Roe v. Wade.

“The culture of death is taking 23 million people’s health care aware from them,” Cohen had said, according to a video of the hearing posted by The Daily Caller. “That seems to be the main focus of this Congress. It’s also taking a billion dollars from Medicaid, which is the main focus of the budget.” 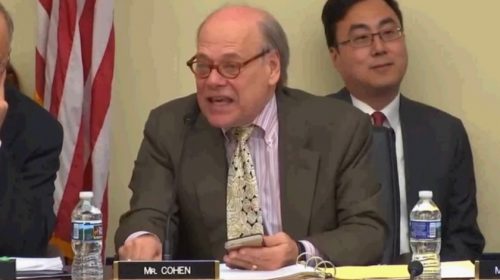 Cohen said that “if you believe in life, you should believe in Medicaid, health care, nutrition for people who are here, utility payments for people who need it for safety, and preventing the eventuality of backroom abortions and where only the wealthy can afford to go to where they may be legal, making poor women even more poor.”

Cohen raised his voice in anger in addressing Parker, saying, “To suggest I’m disingenuous shows your ignorance or your absolute inability to deal with Congresspeople the way they should. I believe in those issues and I think they’re proper, and to say I’m disingenuous is just wrong and I expect an apology.”

“She’s ignorant about me!” Cohen replied.

During her testimony, Parker related how she had four abortions years ago when she was “lost in sexual recklessness.” Parker said she received no counseling or information from abortion providers about “the distinct humanity of the life that was growing within me.”

“I heard all the propaganda of the abortion peddlers in school, in media, from community and political leaders,” she said. “Yet I heard nothing of the infant development in the womb nor any information about their mortality.”

With the technology we have today, there’s even less of an excuse for not informing women about the development of an infant in the womb, Parker said.

Parker called abortion the “leading cause of death in the black community today” and compared Roe v. Wade with the Dred Scott decision. Since the U.S. Supreme Court legalized abortion in Roe v. Wade in 1973, 20 million humans have been killed inside black women’s wombs, she said.

“Abortion feeds a narrative that women are victims, that they have no control over their sexual impulses,” Parker said. “And the result of this narrative being forced down into our hardest-hit communities – we are seeing now recklessness in sexual activity and marriage has collapsed. In the 50s, 70% of black adults were married. Today, that number is 30 percent.”

Parker said that family breakdown has created many social pathologies that should be addressed in other types of legislation. The focus of the heartbeat bill should be on the “innocent” in the womb, she said.

Roe v. Wade gave women the right to abortion throughout an entire pregnancy, but set up conditions allowing states to regulate abortion in the second and third trimesters.