When Kenny Chesney started listening to show tapes from the last decade, it was just to relive some special moments from a life lived largely on the road. But the more he listened, the more he was struck by what he heard coming back from the other side of the footlights. It was the fans – known as the “No Shoes Nation” – who knocked him out track after track, summer after summer. And with that knowledge Live in No Shoes Nation came to life. 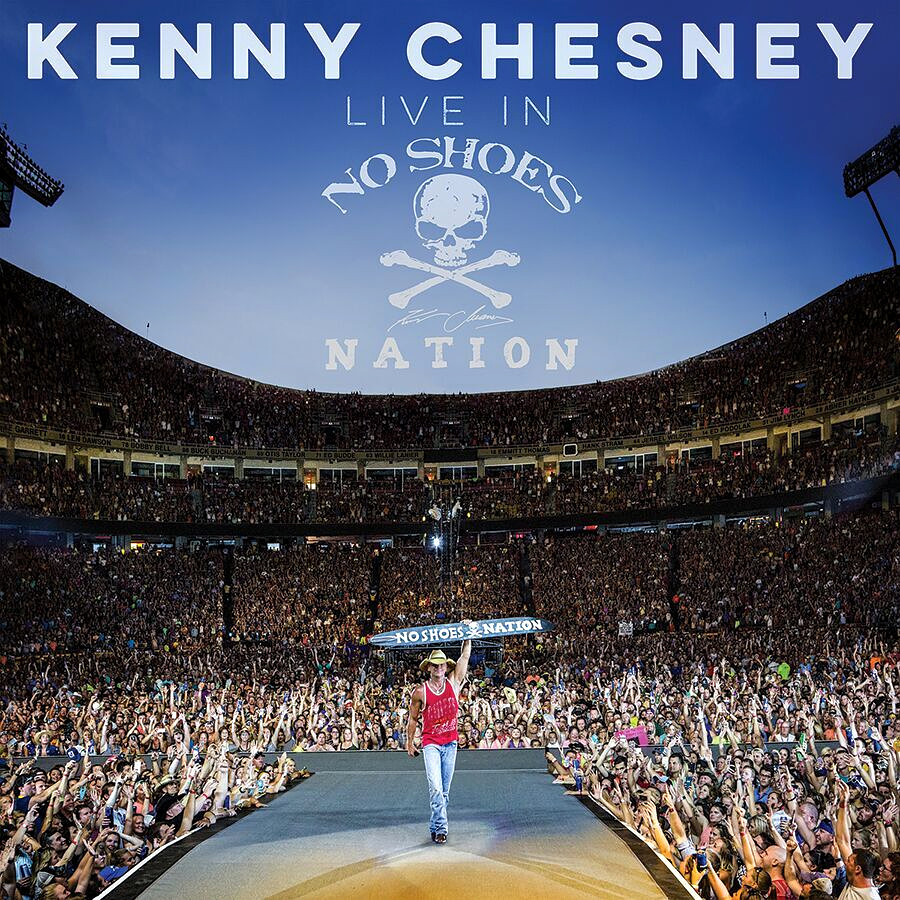 “It’s such a rush to hear No Shoes Nation in full force,” Chesney says. “As fast as the nights go down, I didn’t even realize how good they sound – and the energy, the heart and the voices are awesome in the moment – so I wanted to make sure they got to hear what I was hearing during my year off.”

To heighten that connection between the live experience and these recordings, Chesney opted to make the physical recordings available to anyone purchasing a ticket to next summer’s Trip Around the Sun 2018 stadium shows. As the only country artist on Billboard’s Top 10 Touring Acts of the Last 25 Years, in spite of only becoming a true headliner in 2002, Chesney has been called “The King of the Road” by The Wall Street Journal and “The People’s Superstar” by Los Angeles Times for his ability to connect at the stadium level for the last dozen years.

“It is about the connection,” he says. “Before the people ever get close, I’m sitting at the farthest point from the stage feeling how far it is from where I’ll be standing. Whether it’s somewhere intimate like Stone Pony in Asbury Park or AT&T Stadium, I want to know how far to reach – so everyone is brought into these songs and this moment.”

“So much has happened over the last 10 years,” Chesney marvels. “But the one thing that remained consistent, that’s been there no matter what are the people of No Shoes Nation. They’ve always been why I do what I do, but listening to all these shows, I realized they’re the heartbeat to everything me and my road family do. The more I heard those voices singing, the energy and the power, the more I wanted everyone who’s ever come to our shows to hear it, too. Those moments when you’re so completely free are the greatest feeling in the world…”

Thirty songs. Guests. Hits and obscure tracks. Stadiums and local bars. It’s all here on Live in No Shoes Nation. Until Kenny Chesney hits the road April 21 at Tampa’s Raymond James Stadium, fans, friends and the No Shoes Nation can get their summer on right here.

Tickets to see Kenny Chesney: Trip Around the Sun Tour in concert at Nissan Stadium in Nashville on August 11, 2018, can be purchased here.