NASHVILLE, Tennessee–Exactly thirty seven years ago a television theme song about a couple of rebellious boys, Bo and Luke Duke, who were always just a couple of steps ahead of the local Sheriff, shot to number one on the Billboard Magazine Hot Country Singles chart.

Written and performed by outlaw country legend Waylon Jennings, the theme to “Dukes of Hazzard” was re-recorded on Wednesday at the Sound Stage Studios in Nashville. A star-studded group of country artists led by John “Bo Duke” Schneider, and including Tanya Tucker, Bobby Bare, Mark Wills, Steve Wariner, Heidi Newfield, T. Graham Brown, John Conlee, Confederate Railroad, the Nelsons, and others gathered to sing the song “We Are the World”-style to raise funds for the Waylon Jennings Diabetes Foundation as Diabetes Month kicked off. 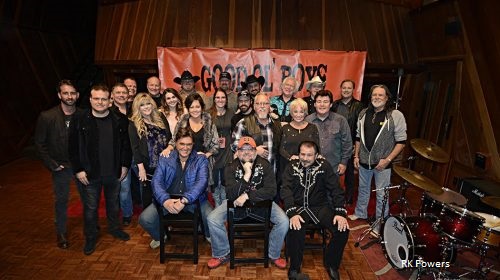 John Schneider says Scott Innis initiated the project and legendary drummer Paul Liem helped grow it into something even bigger. The re-recording of “Good Ole Boys” will be part of an album of the best songs that some of Nashville’s legendary songwriters have written but inexplicably never got cut. “These are some amazing songs and great lyrics that are likely to become hits,” says Schneider, “and every one of these incredible songs have been turned down by a lot of people. A lot of people heard each of these songs but just couldn’t ‘hear’ it.”

The recording session for “Good Ole Boys” was unique, with three mics set in place and a bit of a “chore” to get some of the legendary artists to actually step up to the microphone as they were all showing respectful deference to the others. 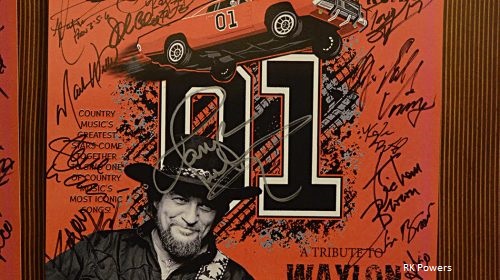 “Bobby Bare (who was one of Waylon’s buddies and partners in ‘Old Dogs’ along with Mel Tillis and Jerry Reed), Steve Wariner and T. Graham Brown had to be dragged to center stage,” Schneider said.

Tanya Tucker says she leapt at the opportunity to be a part of the project when Paul Liem, who was her drummer on TNT when she was about twenty years old and later played on several of her records, John Schneider and Scott Innis called her.

“Who wouldn’t want to record a Waylon Jennings song? Especially one that hit number one exactly 37 years ago!”, she explained.

“He was one of my heroes and I grew up wanting to be a female Waylon,” Heidi Newfield pointed out. “He was a mentor and I was so fortunate to have the opportunity to record with him with Trick Pony and become friends with he and Jesse in the later part of his life. Those kinds of artists put an indelible stamp on everything they touch and he had a huge impact on me.” 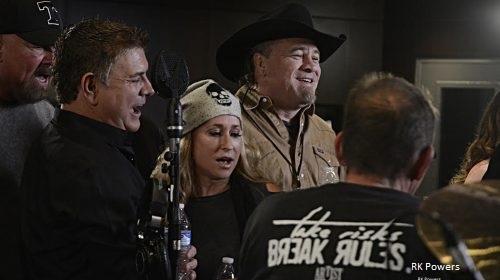 “There is hardly anybody in this studio tonight that I haven’t sung with, written songs with, hung out with, admired and loved,” she added. “The respect and camaraderie in the room is itself kind of a tribute to Waylon and that era of country music. It feels a little like the ‘old days’ when the biggest names in the business would just get together, make great music, hug and love on each other a little bit and build the foundations of the Nashville music industry we have today.”

“The real Waylon was a ‘good ole boy’ and good friend,” said country legend Bobby Bare. “When me and Waylon were starting out we thought the business was congested, but it was nothing like it is today. Everybody in the business knew each other back then.”

As to the “Outlaw” tag, Bare noted: “Rock stars think they are crazy, but they should have seen that group. It would scare the rock stars to death.” Bare admitted he was part of it, and that he was crazy too, “but I’d eventually go home and go to sleep while Waylon and the rest would go three or four days at a time.” 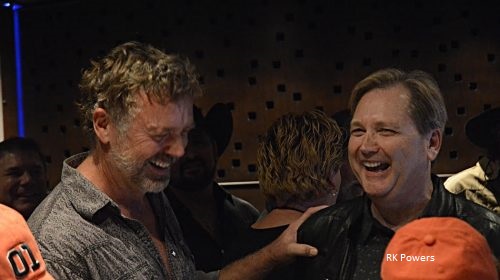 Steve Wariner said he was proud to be asked to be part of the “Good Ole Boys” recording and to have one of his songs on the album.

“Singing a Waylon song and working with John Schneider, you can always count me in,” said Wariner. As to the cast of characters singing together in the studio: “It’s We Are the World…country style!” “My daughter is a type 1 diabetic and has been since she was 8 years old, so the fact that money from the recording will benefit diabetes re-search makes it even more special,” Wariner added.

The re-recorded single of “Good Ole Boys” will be released sometime in the next few months. Pamela Davis Needham of Native Entertainment Group, [email protected], can be reached for additional information.