Walmart will bring together a special group of Country Music fans at the Country Music Hall of Fame and Museum in Nashville to enjoy a special rendition of “Get Together” performed by Vocal Duo of the Year nominee Dan+Shay, in collaboration with New Artist of The Year nominee Lauren Alaina. The song is featured in one of Walmart’s recent advertising spots, which promotes the importance of people from all walks of life coming together in the spirit of inclusiveness and kindness. Viewers are encouraged to share their reaction to the song and their thoughts on how music brings people together using #GetTogether. “The 51st Annual CMA Awards” broadcasts live Wednesday, Nov. 8 (8-11 PM ET) from Bridgestone Arena in Nashville on the ABC Television Network.

Walmart is also sponsoring “The CMA Awards: All Access,” which offers viewers exclusive access to the evening’s entertainment. Country Music artist and previous two-time CMA Awards nominee Kellie Pickler and television personality Ben Aaron (“Pickler & Ben”), “Today In Nashville’s” Kelly Sutton and Country Music artist Clayton Anderson are hosting this year’s show, which will stream globally, exclusively on live.twitter.com/CMAawards beginning with the red carpet stream at 6 PM ET (5 PM CT) Wednesday, Nov 8. Much loved by fans, Pickler, Anderson and Sutton are returning to the show, Pickler and Anderson for the second time and Sutton for the fifth. Aaron is making his “The CMA Awards: All Access” debut.

Get YOUR red carpet & backstage pass when you watch #CMAawards All Access LIVE at 6|5c! https://t.co/WqCN48oMmW

“The CMA Awards: All Access” will livestream from 10 cameras strategically positioned throughout the red carpet at Bridgestone Arena in Nashville, offering unique viewpoints of the red carpet and backstage areas. Twitter users can watch throughout the night at @CountryMusic. Using the hashtag #CMAawards, they can tweet their comments and questions that may then be answered live on the red carpet and backstage. All four hosts will stream from the red carpet with Anderson also talking to fans in attendance. Sutton and Anderson will then continue the show backstage during the Awards telecast, interviewing winners, presenters and performers live from exclusive backstage cameras. 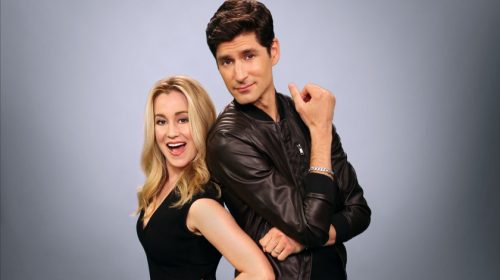 Pickler and Aaron together host the nationally syndicated talk show “Pickler & Ben,” which tapes out of Nashville, Tennessee. The show is the #1 freshman talk show to launch this fall. Pickler can also be seen on “I Love Kellie Pickler” on CMT, which co-stars her husband, songwriter/producer Kyle Jacobs.

Aaron is a four-time Emmy-winning features reporter who is also starring in DIY Network’s “Renovation Realities: Ben and Ginger” with his wife Ginger Zee, chief meteorologist for “Good Morning America.”

Emmy-winning TV Anchor and Radio Personality Kelly Sutton is the “go-to” for all things Nashville. She is a triple threat hosting TV (“Today in Nashville” on NBC Ch. 4), Radio (“Country Roads” on TuneIn) and Internet (OneCountry.com).

Indiana native Clayton Anderson first broke onto the Country Music scene four years ago with his debut album Torn Jeans & Tailgates. Since then, he’s released Right Where I Belong (February 2014) and Only to Borrow (November 2016). 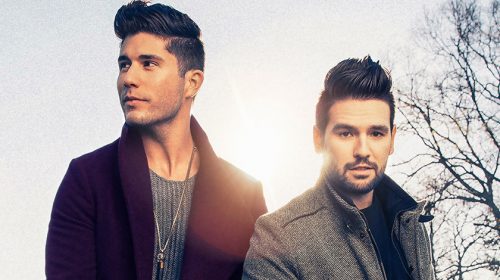 Additionally, through the Disney Digital Network, internet superstar Rudy Mancuso, who is best known for his musical comedy sketches, will be at the Dan + Shay and Lauren Alaina performance at the CMA Awards creating a wide variety of innovative social media content, including a collaboration with American Country Music group Love and Theft, performing their own unique take of “Get Together.”

“The 51st Annual CMA Awards” is a production of the Country Music Association. Robert Deaton serves as the Executive Producer for the 11th year, Gary Halvorson as the Director for the first time and writer David Wild for his 16th year.

Bethany Bowman is an entertainment writer for The Tennessee Star