Filmed at the The Grand Ole Opry on November 14, the eighth annual “CMA Country Christmas” returns to TV with a new host, iconic entertainer, Reba McEntire. The Queen of Country Music hosts and performs in the “best party of the year.” 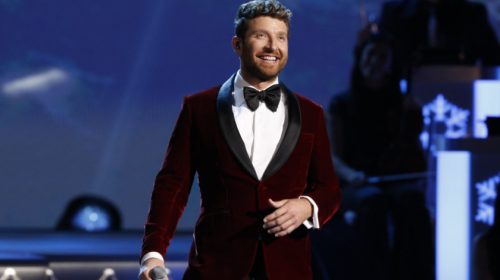 Here’s what to look for:  Brett Eldredge earns his nickname of “Mr. Christmas” by singing a crowd-pleasing rendition of Winter Wonderland while his cover of It’s Beginning to Look A Lot Like Christmas will take you back to the days of an Andy Williams or Frank Sinatra Christmas Special. Luke Bryan surprises with his heartfelt version of O Holy Night followed by Dan and Shay’s duet of Do You See What I See.  Teen sensation and newcomers CB30 provided perfect harmony as they crooned The Christmas Song while Trisha Yearwood lent her velvety smooth vocals to Dolly Parton’s Hard Christmas Candy. Chris Young and Alan Jackson collaborated on Keith Whitley’s New Kid in Town.  The two performances not to be missed are CeCe Winans Joy to the World, complete with a backup gospel choir followed by Little Big Town teaming up with Reba for a haunting rendition of Mary Did you Know.

Other performers featured in the star-studded event are Kelsea Ballerini, Lady Antebellum, and Dustin Lynch.

Even if Country Music is not your “thing,” but Christmas is, this show is not to be missed.

Look for Reba McEntire’s My Kind of Christmas and Brett Eldredge’s Glow available now in CD or for download.

Bethany Bowman an entertainer writer for the Tennessee Star.