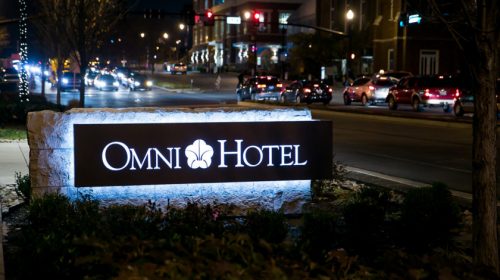 Boyd, who is considered an establishment figure by grassroots conservatives, has faced criticism for turning to Bush to boost his campaign. The former Florida governor badly failed in his bid for the Republican presidential nomination last year.

Thursday’s event was closed to the media, which a Boyd campaign spokeswoman reiterated in the hotel lobby when approached by a reporter and photographer for The Tennessee Star.  There did not appear to be any other journalists at the Omni. Several Boyd supporters and volunteers approached by The Star declined to be interviewed.

Earlier in the day, Bush spoke at a conference on education at the Omni, where U.S. Secretary of Education Betsy DeVos also spoke. The conference, which concludes today, was organized by the Foundation for Excellence in Education (ExcelinEd), an initiative founded by Bush that promotes school choice and other education reforms. 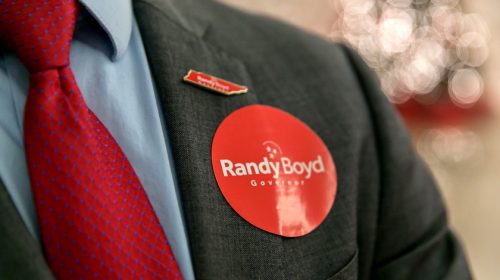 Boyd, a Knoxville businessman and former economic development commissioner under Gov. Bill Haslam, is one of five leading candidates for the Republican nomination in next year’s race for governor. His rivals U.S. Rep. Diane Black (R-TN-6) and former state senator Mae Beavers both slammed Boyd in October when Thursday’s fundraiser with Bush was announced, with Black drawing attention to similarities between Boyd and Bush, which she claimed included their criticism of President Trump and support for illegal immigrants and Common Core educational standards.

During last year’s presidential primary season, Boyd said supporting Trump “would be anathema to me.” However, once Trump was nominated, Boyd distanced himself from his earlier remarks. When asked on his Facebook page if he supports Trump, his campaign has responded that Boyd voted for Trump and “supports President Trump’s efforts to fix all that’s so badly broken in Washington.”

Boyd is a philanthropist who focuses especially on helping schools and entrepreneurs, including veterans who are entrepreneurs, but he raised eyebrows last year when he donated $250,000 to Conexión Américas, a Nashville nonprofit that promotes progressive immigration policies and has ties to La Raza.

For his part, Bush has spoken out in support of giving legal status to recipients of the Deferred Action for Childhood Arrivals (DACA) program who were brought illegally to the U.S. as children. On his Facebook page Sept. 1, Bush wrote:

I believe President Obama’s immigration executive orders were unconstitutional, but it would also be unconscionable to repeal DACA without ensuring Congress provides a legislative solution. Congress must act urgently to provide Dreamers certainty, through the BRIDGE Act and other legislative options that provide a path to legal status for children brought to the United States illegally.

10 Thoughts to “Randy Boyd Fundraiser With Jeb Bush Closed to the Public, $4,000 Bought a Picture With Both”