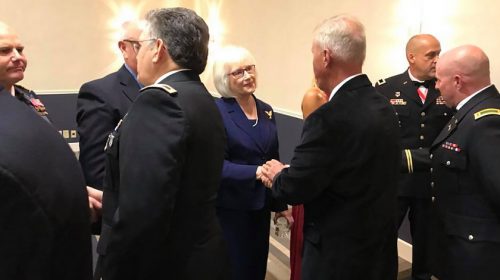 During Brigadier General Chago Santiago’s introduction of Beavers, he recalled meeting Margaret Thatcher, The Iron Lady as she was referred to, on a couple of occasions in his career. “Tennessee is blessed to have their own ‘Iron Lady’ in Mae Beavers.”

“The blood shed by the State Guard dating all the way back to America’s fight for independence, flows through the veins in this room tonight,” said Beavers.

At the end of her speech, the gubernatorial hopeful was presented with a service award and an honorary toast from all in attendance. 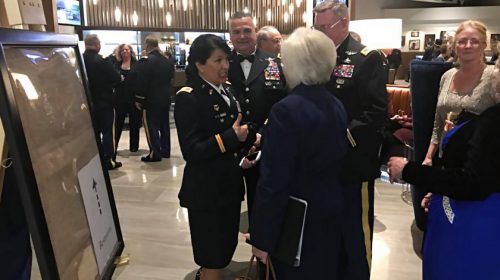 “It was such an incredible night. To say we were inundated with people wanting to donate and volunteer is an understatement. Like their fellow Tennesseans, those here are tired of the political games played by establishment,” said Beavers’ campaign manager, Ric McCluskey. “It is always a comforting feeling to have the help of the military men and women because they know how to mobilize and execute a mission.”

Mae Beavers is a former state senator and representative who has served Tennesseans for two decades. First elected as a county commissioner, she’s best known for her staunch opposition to tax hikes, her strong commitment to life, the second amendment, and protecting the rights of Tennessee’s parents and students from infringement by a federal government run amok.