NASHVILLE, Tennessee – When I interviewed Preston James in July of 2017 I did not know that he would be having his Ryman debut a few months later. 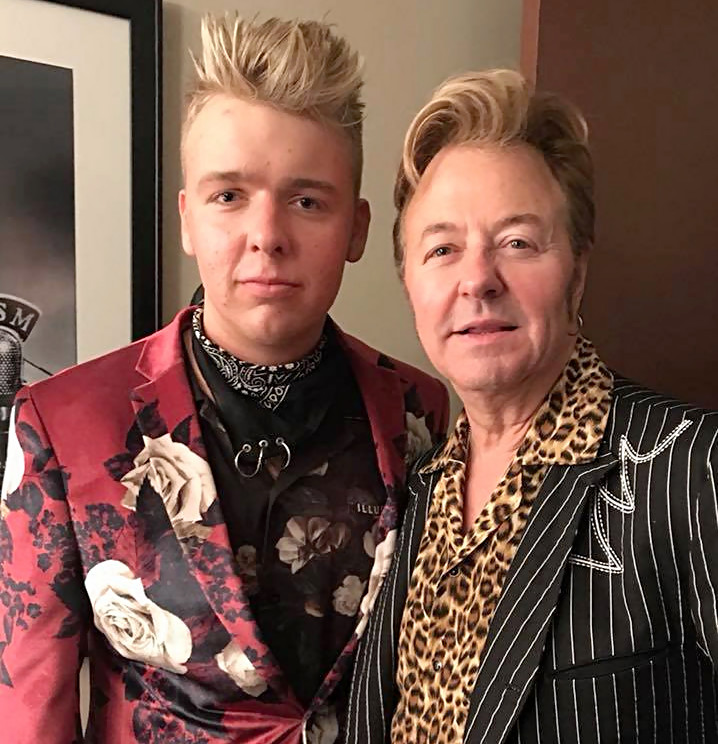 So how does a local band whose members are all under the age of 18 get invited to Ryman?  It turns out that Preston James’ keyboardist, 16-year-old Yates McKendree, is the son of long-time Brian Setzer Orchestra pianist, Kevin McKendree.  Brian Setzer asked Yates and one his bands to open for them.  As Preston James was a long-time follower of Brian Setzer, it was a natural fit.  Preston actually saw and recognized Yates in the audience of the Ryman at the Brian Setzer Christmas show back in 2014, but they never ended up meeting that night. Then a year later in 2015, Preston called Yates McKendree asking if he wanted to play keys in his band, and they’ve been best friends ever since.  But before you think they got to play the Ryman just because they knew somebody, think again.

Preston James, Yates McKendree, Austin Valentine and Greggory Garner are fantastic!  Says THIS is Country’s Ken Churilla said, “[They received a] standing ovation at the Ryman Auditorium. I’ve never seen an opening band, a virtual unknown and only 17 years old with a 20 min set to boot, bring a sold-out crowd to its feet but that’s what Preston James and his band did tonight.”

As I was fortunate enough to personally witness the event, all I can say was that is was truly magical. The audience was captivated.  If you closed your eyes and just listened, no way in a thousand years would you believe you were listening to 16 and 17-year-old kids.  The riffs, licks, and runs that these guys did on the piano and guitar sounded as if they had been playing for years, their whole life.  Which in Preston’s case was 10 years (started at age 7) and with Yates it was 13 years (started at age 3).  They were so remarkably talented that I had no one to compare them to… until I heard the Brian Setzer Orchestra.

I spoke with Preston James following the concert.  “Playing at the Ryman was hands down the coolest thing I’ve ever done.” James is a self-described music “nerd.”  “This was my 5th time seeing [the Brian Setzer Orchestra] at the Ryman except [for] this time I got to play too. I’m a rockabilly fan and was just pumped to be part of it.” He remarked, “To even be in the same room as something like that…but to be on the [play]bill of the Ryman is amazing.”

I was wondering what the 17-year-old prodigy was thinking just prior to his Ryman debut. Preston relayed, “We were sound-checking and I never enjoyed a soundcheck so much in my life…because there is something about the Ryman, it is a magical room, you can feel it.” (Brian Setzer equated playing at the Ryman to feeling like you were playing in your own living room.) James continued, “To be on the same stage with the legends… is special…it just meant the world to me.”

The most challenging task is trying to describe the band’s sound to someone who hasn’t heard it.  The best way to describe it sort of Traditional Country, R&B/Soul, Rockabilly, Folk, and Blues all mixed together.  Even that doesn’t really do it justice.  However, Preston James and his band are working their first album.  ‘Make You Mine’ and ‘Macon’ will be available for download on iTunes and Amazon next week.

Not only that, Preston James tried out for the reboot of ABC’s “American Idol” earlier this summer and even though he isn’t allowed to say, in March we will be able to officially verify whether or not he “made it to Hollywood.”

To further quote Ken Churilla, “Stay tuned to this kid folks because he’s going to be a huge star and it couldn’t happen to a nicer, more deserving kid.”

Bethany Bowman is a Music and Entertainment Writer for the Tennessee Star.