The 1.5 percent margin of victory for Jones was well above the five tenths of one percent margin which kicks in an automatic recount under Alabama law.

Jones’ victory lessens the already tight Republican majority in the Senate to 51 to 49 from its previous 52 to 48.

“From the White House, Trump graciously tweeted his congratulations to Jones “on a hard-fought victory” — but added pointedly that ‘the Republicans will have another shot at this seat in a very short period of time. It never ends!’,” the Associated Press reported late Tuesday night.

Jones rode a surge of energy among black voters and got a key bump from white-collar suburbanites who often vote Republican but turned away from the controversial Moore. The GOP nominee’s history of inflammatory comments about women, Muslims and LGBT people had already damaged his standing — and the sexual misconduct allegations scared more voters away. 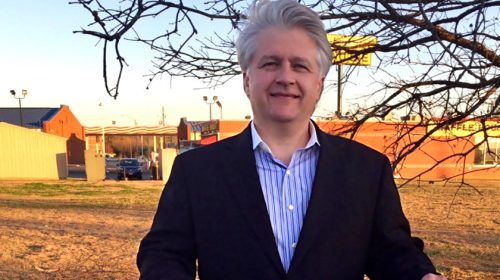 On election day, several conservative Christian leaders in Tennessee headed south into Alabama on election day to campaign and show support for Moore.

Pastor Dale Walker, President of the Tennessee Pastors Network, was among those who held up signs and greeted voters at the polling locations in Montgomery and Gallant, Alabama as the contentious Senate special election in Alabama came to a close.

“Throughout his career as a Judge, Roy Moore has been solid as a rock in supporting, promoting and preserving the conservative values and issues important to me, so it was important to be here and show support for him,” Walker said. “Polls show the race to be very tight, and what we and others are doing today may just be the difference.”

A look at the exit polls suggests that not enough evangelical voters turned out to make a difference.

Eighty-one percent of evangelicals who did turn out voted for Moore, according to Fox News exit polls, slightly down from the 84 percent who voted for Trump. 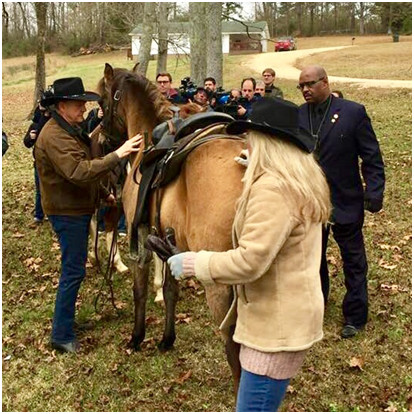 But evangelicals cast fewer votes as a percentage of the total votes cast in yesterday’s election than they did for President Trump, who won the state by 28 points in 2016.

Walker cited issues like protecting unborn children and insuring that conservative Justices like Neil Gorsuch can be confirmed to the U.S. Supreme Court as particularly important. “Doug Jones will never vote pro-Life and certainly won’t support Trump nominees to the Supreme Court,” Walker pointed out, “so this election is a clear choice between two very different approaches to most every issue. Judge Moore will vote like Alabamans believe.”

Walker noted that Roy Moore rode in on his horse to vote at the Gallant polling place he was working. “The media gaggle was so large, aggressive and loud that it was spooking the horse, so Moore had to take the horse away from the crowd to mount it.”