Black tweeted her appreciation for the support later that afternoon:

Thanks to my friend @VP Mike Pence for donating to my campaign! Proud to work with you and @realDonaldTrump to make America great again! https://t.co/YzGqbq4N9b 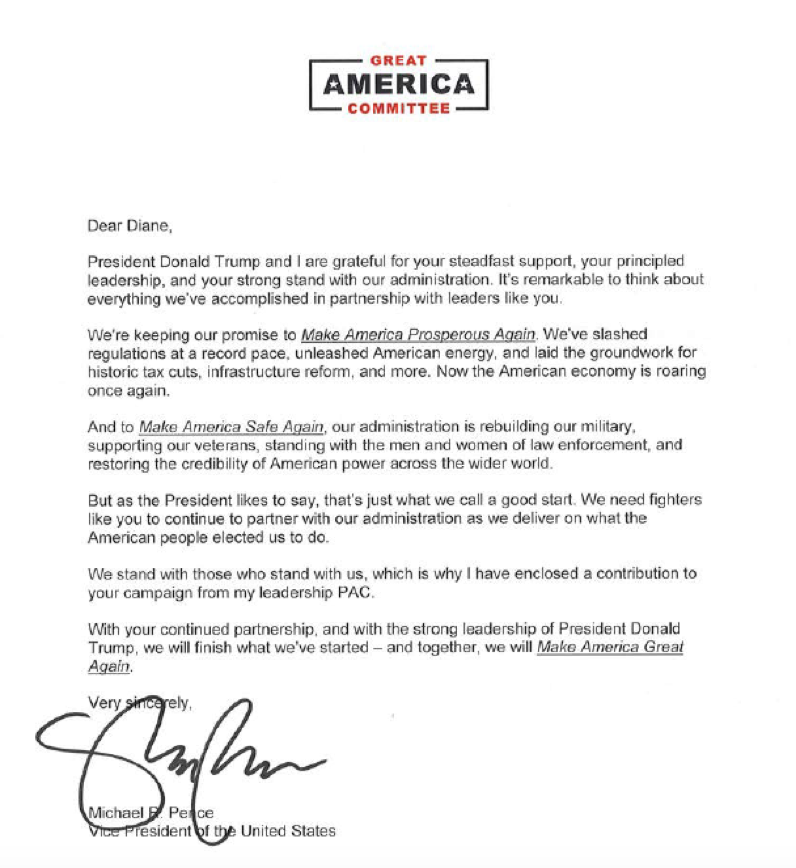 Along with the donation was a letter of encouragement from Mr. Pence.

“President Donald Trump and I are grateful for your steadfast support, your principled leadership, and your strong stand with our administration. It’s remarkable to think about everything we’ve accomplished in partnership with leaders like you,” it begins.

And to Make America Safe Again, our administration is rebuilding our military, supporting out veterans, standing with the men and women of law enforcement, and restoring the credibility of American power across the wider world.

But as the President likes to say, that’s just what we call a good start, We need fighters like you to continue to partner with our administration as we deliver on what the American people elected us to do.

We stand with those who stand with us, which is why I have enclosed a contribution to your campaign from my leadership PAC.

With your continued partnership, and with the strong leadership of President Donald Trump we will finish what we’re started – and together, we will Make America Great Again. 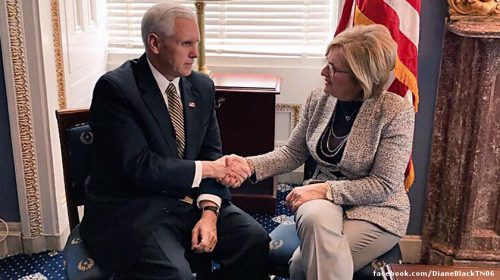 While not an explicit endorsement, the donation is a clear signal to the crowded Republican field whom one top member of the Trump administration prefers.