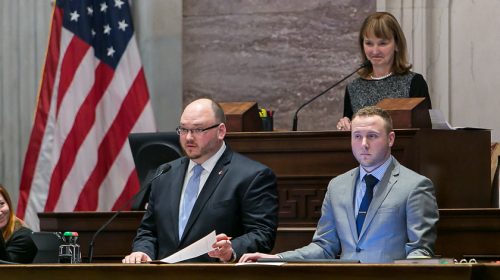 The first day of session is largely “feel good” and procedural in nature, as legislators come back together and move through standard agenda items in accordance with the House Permanent Rules of Order (page 3 – 4), as there is very little substantive business yet underway. A major portion of the session is what is known as “personal orders,” where members are recognized by the speaker to give a short personal message. Those messages are most often related to acknowledging a constituent, family member or other visitor. 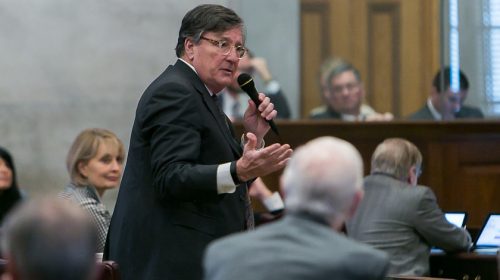 Fitzhugh, the first House member to be called on, said he wanted to set the tone for this session to health care.  The minority leader also spoke for the “fighting 25″ Democrats who, he said, support the expansion of Medicaid with the changes Governor Haslam will be making.

Whether he was making a connection between himself and the governor’s office or pointing out that Medicaid expansion was the program of the supermajority’s Republican governor, is not clear.  But the connection was not missed by House Majority Leader Glen Casada (R-Franklin), who humorously expressed his appreciation for the gubernatorial-like speech. 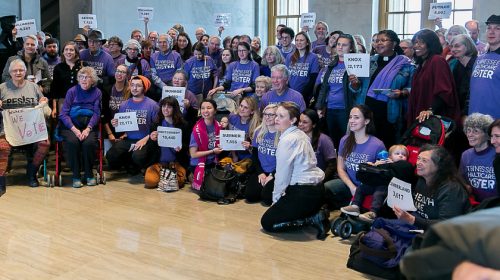 In addition to Fitzhugh, five other Democrats also used their time for personal orders making a combination of emotional appeals and presenting data regarding hospital closings and un- or under-insured Tennesseans.

In between, three Republicans took the opportunity to acknowledge that health care is a priority, but that TennCare had experienced serious problems that required significant reforms in the past and that health care gets more expensive when government gets involved.

The back-and-forth was likely taken in with great interest by the contingent of Insure Tennessee supporters, wearing shirts that greeted legislators as they entered the capital and outwardly demonstrated their priority for the legislative session. 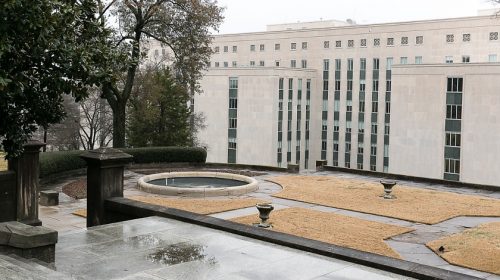 The rest of the more than 30 personal orders were non-political in nature, and there was even a moment of House bi-partisanship when Republican Caucus Chairman Ryan Williams (R-Cookeville) stood beside the desk of Democratic Caucus Chairman Mike Stewart (D-Nashville) and they took turns thanking and commending the numerous people and groups who enabled the successful transition from the War Memorial Building to the Cordell Hull Building.

Considering it was the first day, it was relatively uneventful when it came to the Cordell Hull Building.  The legislative parking garage and tunnel to the capital were opened just in time.  With just one of the two elevators from the tunnel to the capital being operational right before the floor sessions, some back tracked to an alternate elevator and others opted for the stairs.  There were still plenty of people getting oriented to the layout of the new building and feeling like they had put in many more steps navigating their way around. 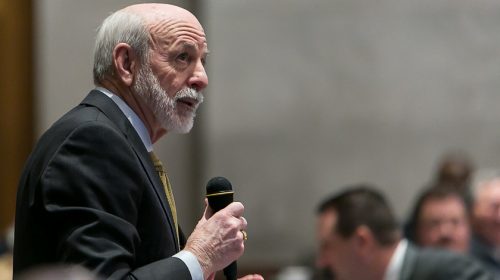 Newly appointed Representative for the 8th District, Jerome Moon (R-Maryville), was introduced and assigned by Speaker Harwell to the Business & Utilities as well as Insurance & Banking Committees as was State Rep. Kevin Vaughan (R-Collierville) of the 95th District. Vaughan was elected in June 2017 to replace State Rep. Mark Lovell (R-Memphis), who was elected in 2016 to replace Curry Todd and then resigned from the seat following unsubstantiated sexual harassment claims.

The Senate Floor Session featured the swearing in of former State Rep. Mark Pody (R-Lebanon) who was narrowly voted in as Senator for the 17th District in a special election held on December 19, 2017, triggered by the departure of former State Senator Mae Beavers (R-Mt. Juliet) as she pursues the Republican nomination for governor.

Videos of all the proceedings can be found on the Tennessee General Assembly website.