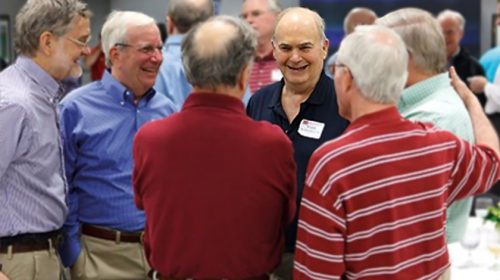 Burkholder, who graduated from the Nashville-area Academy in 1956, died in December. He was 81.

“We are humbled by this extraordinary gift, a legacy given to MBA, its mission and community, by a graduate who preferred to remain understated and anonymous while he was living, giving this bequest selflessly in the highest form of nobility, generosity, and expression – to better an institution he loved,” MBA Headmaster Bradford Gioia said in a statement.

In their remarks about the extraordinary inheritance, MBA said that Burkholder graduated from the school in 1956, was the captain of the State Champion 1955 football team. The school newspaper, ‘The Bell Ringer’ has archived articles from his time on the Big Red team where, as a Back, “Hajji Horace” Burkholder was a star.

According to his obituary, Burkholder returned to his beloved Nashville after graduating from the University of Kentucky, where he joined Equitable Securities Corporation and worked in Municipal Bonds, and for six years, served in the Tennessee National guard.

Over the years, he became known as a generous Nashville community philanthropist. In 2005, he and his sister Linda were was awarded the HG Hill, Jr. Philanthropic Award, by the Downtown YMCA of Middle Tennessee.