The Metro Council voted Tuesday to not disclose the true cost of Mayor Megan Barry’s light rail transit plan to voters on the May 1 referendum.

Metro Councilmembers John Cooper and Tanaka Vercher had asked that the May ballot language include the full $9-billion-dollar costs. They proposed the amendment that Metro Council voted on Tuesday night during the plan’s second reading. The amendment is available here. 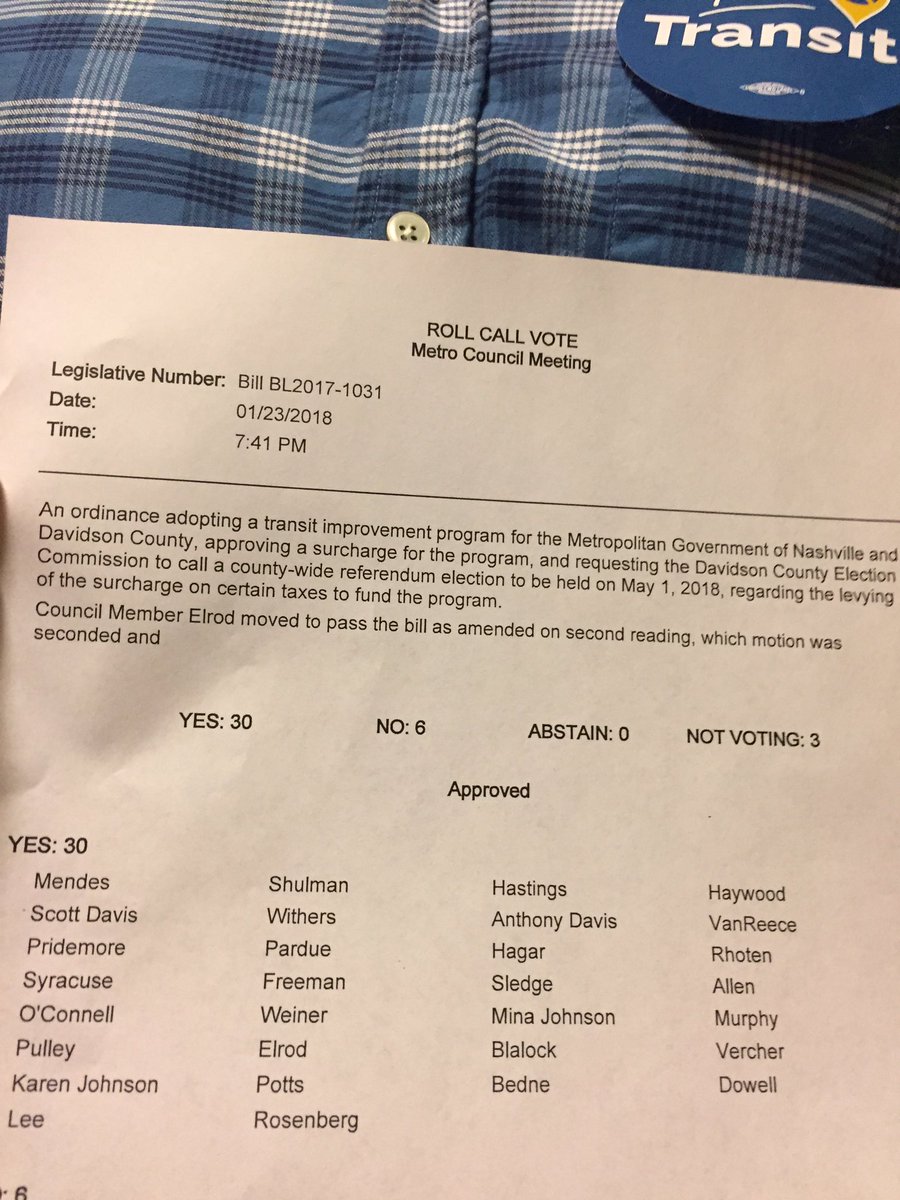 The council voted 21-14 not to accept the amendment, according to a spokesman for NoTax4Tracks, a PAC that opposes the transit plan. There will be one final reading, but it is not immediately clear if amendments will be allowed, the spokesman says. That vote could come in as early as two weeks.

Once the amendment failed, the council voted on the Barry administration’s favored language for the referendum, citing a price tag of just over $5.3 billion. The council voted 30-6, with three not voting, to create the ballot language, according to Barry’s Twitter feed.

NoTax4Tracks PAC on Tuesday had announced their support for the proposed amendment’s effort to let voters know the full cost of the city’s light rail transit plan.

“The city does not want voters to know the full costs of the light rail plan. That’s wrong.” Melissa Smithson said in a NoTax4Tracks press release. “Voters need to know it’s going to cost $9-billion and give us the highest sales tax in the nation. We’re asking everyone in Davidson County to let their council members know they support transparency.”

The PAC contends the transit plan will tie Nashville for the highest sales tax rate in the nation, at 10.25 percent.

“10.25%. That’s not just big, it’s ginormous. 10.25% on a gallon of milk, a loaf of bread, a pound of hamburger. 10.25% on a box of crayons, next year’s school clothes, that one night out you slide into your already tight household budget,” one NoTax4Tracks press release says.

“Is your income fixed because you’re on Social Security or a retirement plan?  Cut something and redo the budget, you’re paying more. Struggle with a paycheck to paycheck life and sometimes come up short?  You’re gonna have less. Ramen and hot dogs near the end of your pay period?  You might end up with just ramen.  Or hot dogs.  Or not much,” the press release continues. “Sales taxes hurt those the most who can least afford it.  Plain and simple.”

“The Metro Council has shown a mostly hands-off attitude concerning this plan.  Their rationale seems to be to let the voters decide.  That’s their call, even though we think they should be more diligent,” the press release says. “If you agree, give them a call. You can look up your council members by clicking here and putting in your address where it says Council District Lookup.”