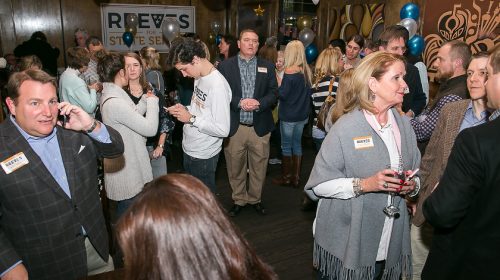 As was anticipated, the overall turnout of 7,276 voters in the Republican primary was low.

Carr conceded and congratulated Reeves at about 8:55 p.m., a little less than two hours after the polls closed at 7:00 pm.

Reeves now faces Gayle Jordan in the March 13 special general election. Jordan was unopposed in the Democratic primary, where she received 574 votes. Reeves is heavily favored to win the general election in this traditionally Republican district. 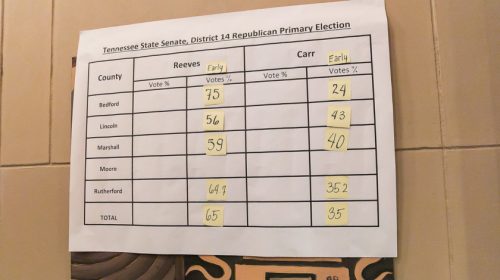 Reeves’ victory was comprehensive and across the board, as he won all five counties in the district: 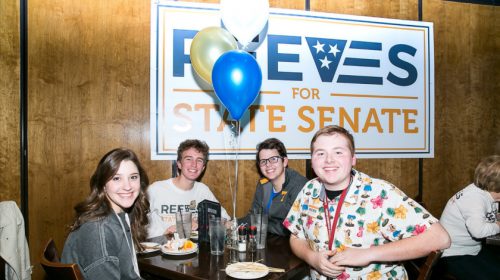 Reeves’ large margin of victory was surprising in this hard fought battle where the two rivals traded barbs back and forth repeatedly. One factor in that margin may have been spending–Reeves outspent Carr by more than two to one. In the end, however, the voters chose Reeves in fairly emphatic fashion.

Congratulations from across the Republican spectrum poured in to Reeves as soon as his victory was confirmed.

“I congratulate Shane Reeves on his hard-fought, well-deserved victory in Senate District 14 tonight,” Lt. Governor Randy McNally (R-Oak Ridge) said in a statement shortly after the results were reported.

“A true man of faith and conservative principles, Shane has the experience, talent and ability to be a great state Senator. I look forward to him defeating his Democratic opponent in March and joining us in the Senate as we continue to make Tennessee the greatest state in the nation to live, work and raise a family,” McNally added.

An enthusiastic crowd of about 75 Reeves supporters gathered at The Parthenon Grille in Murfreesboro to celebrate their candidate’s victory. 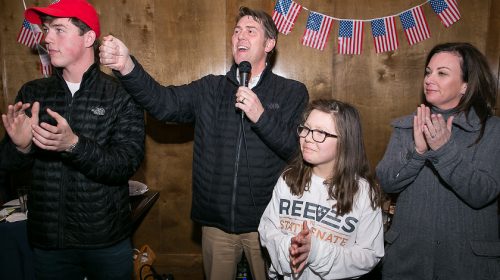 Reeves was enthusiastic and thankful in the victory speech he gave about 8:10 pm.

“We did it! We did it!” he shouted to loud applause from the audience.

“Starting next week we’re going to get back and focus on the general race on March 13,” he added, before he concluded with the theme of the night: “Let’s party!”

You can listen to Shane Reeves’ speech here, beginning at the 20 second mark:

Shane Reeves’ father, Richard Reeves, the founder of the Reeves-Sain Drug Stores that formed the basis of the current health care company operated by his son Shane, had words of praise for the candidate who his son defeated. 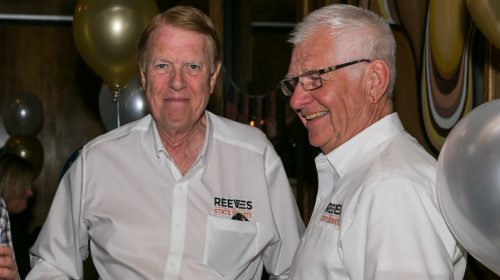 “First of all, I want to congratulate Joe Carr. He is a great American. He is a person that is very conservative and I have high regards for him, I wish him the best,” Richard Reeves said.

“Shane looks like is going to win this race tonight, and I’ld ask the people in Rutherford and the surrounding counties to support him in March,” Richard Reeves concluded.

You can listen to Richard Reeves’ comments here: