Williamson County businessman Bill Lee announced Friday he will launch his first television ad in his bid to win the Republican nomination for governor later.

The sixty-second spot, titled “Why,” will begin appearing statewide starting today, Saturday, January 27th. Its emotional message is largely biographical, focusing on Lee’s personal journey leading to his decision to run for office.

“We believe it is important that voters know Bill’s personal story and what shaped him,” said Chris Devaney, Bill Lee’s campaign manager. “This ad gives a real look at who Bill is.” 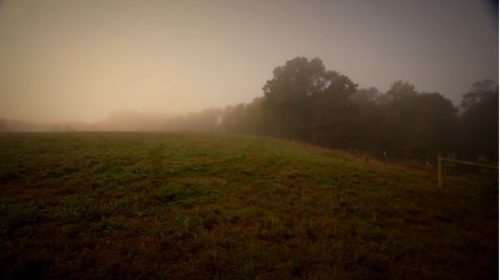 The commercial opens with an early morning shot of a dewy pasture, blanketed in a thick fog. In the background is a hint of piano music.

“I waved good-bye to Carol-Ann and my four-year-old and they rode off on horseback,” Bill Lee says, in voiceover.

“I found my daughter, later, crying and alone. Then I found Carol-Ann,” he says.

“Her horse had thrown her. She lived for three days.”

The video fades from the pasture through black to show Lee, in an open-collar plaid shirt.

“We cried, we mourned, we struggled. We prayed.”

“We healed, we started laughing again,” he says, with the camera looking over his shoulder at his personal photo album of his young family, including his wife Carol-Ann. 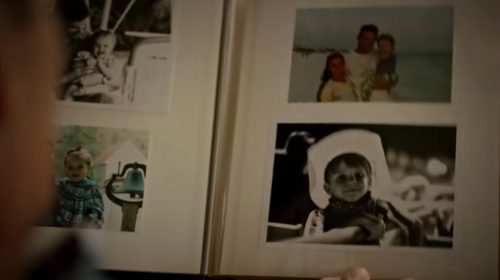 The subtle background music transitions from a reflective to a more upbeat feel as Lee turns the pages of his album.

“As we put live back together, my goal became to create the best place to work for 1200 hardworking plumbers, pipe-fitters, and electricians,” he says, with the imagery switched from personal photos to Bill Lee the professional business man, featuring footage of his company assets, fleet of work vans.

Onscreen, a list of Lee’s associations and memberships appear, including: 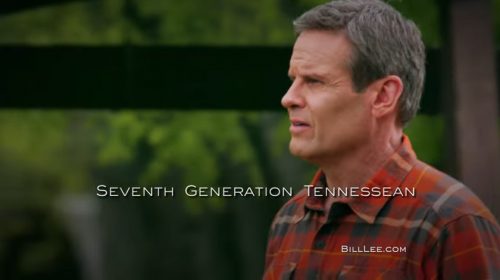 Cutting back to video of Bill Lee, he asks rhetorically, “Can I make life better for every person in this state?  I believe I can,” adding, “I’m sure going to try.”

The video fades through black to show Lee walking his property, and then cutting between photos and footage illustrating each of his life roles, with an announcer saying, “Seventh generation Tennessean; husband, father, farmer, job-creating business leader; conservative man of faith; gifted outsider.”

In the final moments of the spot, Bill Lee’s campaign logo appears, “Bill Lee for Governor,” the announcer concludes.

A more expansive, nearly three-minute version of this spot can be seen here: