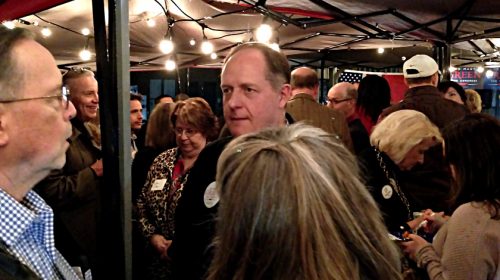 Green is seeking the Republican nomination for the 7th Congressional District seat now held by Rep. Marsha Blackburn (R-TN-07). Blackburn will not be seeking re-election, opting instead to run for the Republican nomination for the U.S. Senate to succeed Sen. Bob Corker (R-TN), who announced in September he will not be seeking re-election in 2018.

The medical doctor and Army veteran who hopes to move up from the Tennessee State Senate to the United States House Representives, along with his wife Camie, were the hosts of the official Grand Opening of the new Mark Green for Congress Headquarters, located in the Cool Springs area of Franklin.

Dr. Green took a moment to speak with The Tennessee Star about what this race means to him:

Well it’s great to be here. Thanks for coming out tonight.

This is our grand opening of our Franklin office.

We’re excited to be in this race. This race is about the difference between big government and personal responsibility. It’s about not exploiting people for their vote, but empowering them with freedom, opportunity and prosperity, and it’s about rebuilding our US military, about getting the economy going by getting government out of the way.

The standing-room only crowd moved throughout the indoor rooms of the campaign offices and spilled out into a large tent in the atrium, where the candidate and his team conducted the brief evening program. 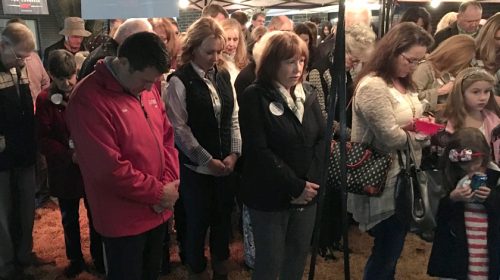 Green currently faces no opposition in the August 2018 Republican primary.