Real estate attorney Gino Bulso announced on Monday he is running for the Republican nomination to represent Tennessee State House District 61 in a bid to replace the retiring State Rep. Charles Sargent (R-Franklin).

“I am running because I believe strong families are essential to the prosperity of our state and country,” Bulso said in a statement.

“I have always had a passion for public service. I have always believed we find our greatest happiness and our greatest fulfillment in our families, but too often, our government passes laws and policies that weaken, rather than strengthen, the family. I want to be a voice for those who believe that the strength of our country ultimately depends principally upon the strength of our families,” Bulso added. 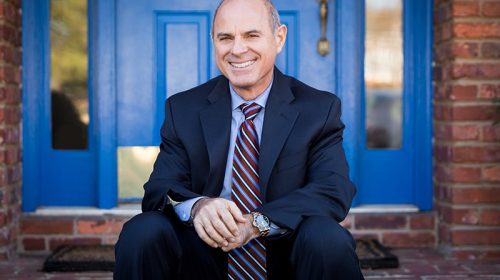 The graduate of Cornell College (Iowa) and Emory University Law School said he is “a strong proponent for the sanctity of life and has worked consistently for the protection of unborn life,” and that he is “a proud supporter of the 2nd amendment and backs President Trump’s efforts to secure our border.”

Bulso noted that dealing with Williamson County’s explosive growth is one of the key legislative areas he intends to address.

“Most of us live in Williamson County because we have family here or wanted to raise our family in a great place with great opportunities,” Bulso said.

“But with that growth and opportunity, come challenges: traffic, schools and quality of life, just to name a few. Managing these and other problems requires a conscientious and hard-working representative in the state legislature to ensure the wonderful place we call home is protected and preserved.”

Bulso described his general political philosophy as a fiscal conservative who “is appalled at the runaway spending that has led to the country’s current $20 trillion national debt.”

“We must limit the size and scope of the federal government—and its bureaucracy—and empower our state and local governments, as our founders intended,” he added.

Born on Christmas Day, 1961, Bulso is proud of his Italian heritage.

“His grandparents came from Italy between the World Wars. His family made its way from Ellis Island to the South, where Gino was born,” his campaign tells The Star.

His professional accomplishments are significant:

A practicing trial attorney who represents leading businesses and individuals in Williamson County and across Middle Tennessee, Gino was named one of Nashville’s best attorneys for the last 20 years by The Best Lawyers in America. He was named Nashville Real Estate “Lawyer of the Year” by The Best Lawyers in America in 2014. Republican governors have sought Gino’s expertise in representing the state on matters of constitutional law and in 2016, he was appointed by the Supreme Court of Tennessee to serve on its Rules Commission. 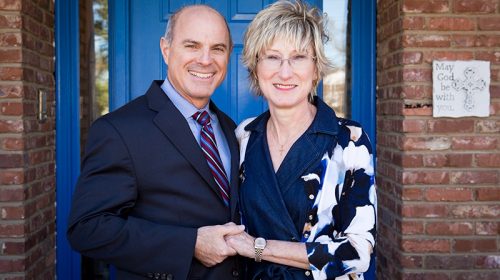 Bulso and his wife, Kathy, also a graduate of Cornell College and Emory University,  have lived in Williamson County for 20 years. They have five children together:

Andy is a 2009 graduate of the University of Notre Dame. He entered the seminary immediately upon his graduation from Notre Dame, and spent 6 years studying biblical theology in Rome, Italy. He was ordained on June 12, 2015, and currently serves as Associate Pastor at St. Henry’s Catholic Church and part-time theology teacher at Father Ryan High School.

Teresa is a 2011 graduate of Aquinas College. Since her graduation from college, she has principally been involved in pre-K education in Middle Tennessee. She is currently working on her Dad’s campaign as communications director.

Nicholas is a 2012 graduate of Vanderbilt University 2015 graduate of Emory law school in Atlanta, Georgia. He currently works as a trial attorney at Leader, Bulso & Nolan, PLC.

Marissa is a 2014 graduate of the University of Notre Dame and currently is on medical leave from her Masters of Theological Studies program at Notre Dame.

Timothy is a 2016 graduate of Aquinas College. He is licensed as a registered nurse and will shortly be pursuing a pre-med degree from Vanderbilt University.

A Roman Catholic, Bulso “also serves as a board member of the St. Thomas More Society of Middle Tennessee,” according to his law firm’s website.