NASHVILLE, Tennessee–Gov. Bill Haslam delivered his final “State of the State” address before a joint session of the Tennessee General Assembly on Monday evening.

In a forty minute speech, Haslam recounted the highlights of his two terms as government, and called on state legislators to act on his recently announced plan to fight opioid addiction in the state. 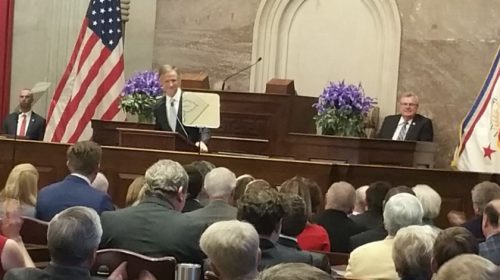 His biggest standing ovation from the gathered state legislators came when he noted that the people of Tennessee want to work, and they want their government to work as well.

Several legislators told The Tennessee Star that there were no surprises in the governor’s speech, and that it was more general in nature than his previous State of the State speeches.

“Sadly, the Governor’s paltry 25 million opioid plan represents a business-as-usual approach to the opioid crisis – our communities are facing a dire emergency and we need to take bold action to stem the tide of opioids that is destroying Tennessee’s families and communities,” Democratic House Caucus Chair Mike Stewart said in a statement issued by the Democratic Party of Tennessee.

“The Governor was willing to eliminate a hundred million dollars a year when they repealed the estate tax on Tennessee’s richest families but proposes to spend a quarter of that amount on Tennessee’s most pressing health crisis – we can obviously do much better,” he added. 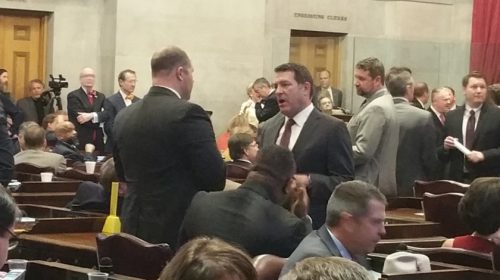 “If you look at the numbers, we would get a fraction of the people who need it into treatment, when we had 21,000 overdoses that led to death or hospitalization last year. We believe this is a fight we could actually win, if the Governor’s hands weren’t tied behind his back by the supermajority leadership,” Yarbro added.

But Dr. JC Bowman, executive director of the Professional Educators of Tennessee (PET) offered praise for the governor’s accomplishments in education.

“During his tenure as Governor, Bill Haslam has established a new commitment to public education in Tennessee” Bowman said in a statement released by PET, which continued:

“We have disagreed on the importance of priorities from time to time, but never his unwavering commitment to public schools,” added Bowman. 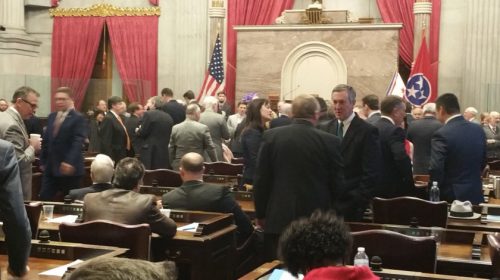 “We are pleased with Governor Haslam’s emphasis tonight on educators and students across the state. We hope the next Governor will build on this foundation and continue making K-12 education a priority,” Audrey Shores, chief operating officer of PET, added.

Republican political strategist Steve Gill noted that while the governor’s commitment to producing more college graduates in Tennessee is laudable, the results are not in line with the huge amount of taxpayer money that has already been and continues to be invested.

“The governor’s plans are built on giving people something for nothing; so it is not surprising that with no “skin in the game” there is insufficient commitment by the beneficiaries of the “free” college to actually complete their studies. in a timely way. The State’s own website notes that only 41% of community college students graduate from the two year programs in SIX years,” Gill observed.

“As we have expanded the ‘free’ community college to students who are not required to meet even minimal academic standards to qualify that number is unlikely to improve,” he noted. 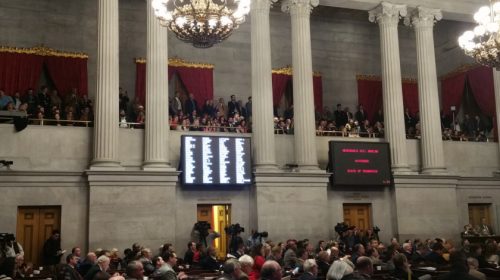 “If we really want to increase the number of college graduates in our state, perhaps the legislature should reevaluate how we allocate our funds and focus on helping those who are FINANCIALLY challenged but academically capable when it comes to completing college rather than those who are ACADEMICALLY challenged and less prepared for college level work,” Gill continued.

“Before we continue, or expand, the program we should first determine what is, and isn’t, producing acceptable results with taxpayer money. Hopefully the next governor and legislature will do exactly that,” Gill concluded.