FRANKLIN, Tennessee–An overflow crowd of more than 200 supporters crowded into the new campaign headquarters of Republican gubernatorial candidate Bill Lee in downtown Franklin on Monday night to celebrate its opening. 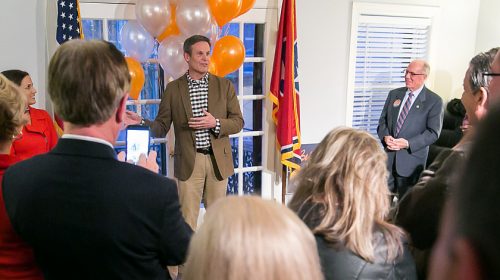 The candidate delivered a speech to his home town supporters in which he indicated the campaign has entered a new phase.

“I’m a little bit overwhelmed. When we started this… some of you were at the Cracker Barrel when we kicked off back last April,” Lee began.

“This has been a remarkable journey for us. She has made it possible for me,” Lee said of his wife Maria.

“This is something that we are doing together,” he added.

“For us to go to 95 counties in 95 days sounded like a great idea, and then for me to drive a tractor from Mountain City to Memphis and for her to drive behind in a pickup truck giving me instructions, to just meet tens of thousands of people, and now it’s just starting to feel like, we’re having television interviews and we’re having newspaper interviews, it’s just very exciting,” Lee said.

The more I do this the more people I meet, the further I go down this road, the more excited I am.

I genuinely do believe … that we can make life better for six and a half million people.

I’ll say this. We can win. I genuinely believe in my heart that we’re going to. . . 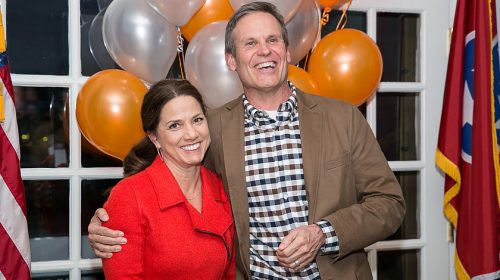 Those of us who haven’t been in the political arena are literally what the Founding Fathers intended, that we would be self governed, as Ronald Reagan said.

I’m more inspired every day, and part of the reason I am is y’all.

This is possible, and it’s only possible because of you, I’m very grateful…

Thank you very much. And now, let’s just go out and win.

“I do want to say one other thing,” Lee added:

Finally, I really do want to thank the Lord for the journey, and the encouragement that he gives Maria and I every day as we wake up and say we’re going to this one day at a time.

I genuinely believe that he called on us to do it. . .

With all that you’ve done for us, please continue to pray for us. We need your prayer covering as well. 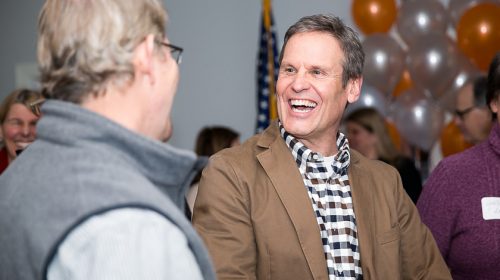 “We’re not going to have as much money as the other candidates, but we’ll have enough money to win. We want you to be hinking about how you can reach out to your 20 friends, and their 20 friends. This is a relationship business. This is a word of mouth and relationship business. We’re going to go viral on the internet, but we can go viral face-to-face,” Lee concluded.

The primary will be held in August 2018.