The release of “This Girl” follows two installments of his three-part musical mini-movie Pictures. The culmination of Pictures was a one-time only mini-motion picture event in Nashville complete with the Edde Brothers (directors), screenwriter Paul Bianchi, full cast and a live performance from Hayes himself.  The 3rd song/music video, “This Girl” debuted February 14 and follows the 2017 releases of “You Should Be Loved” (Part 1 featuring The Shadowboxers) and “More“(Part2). 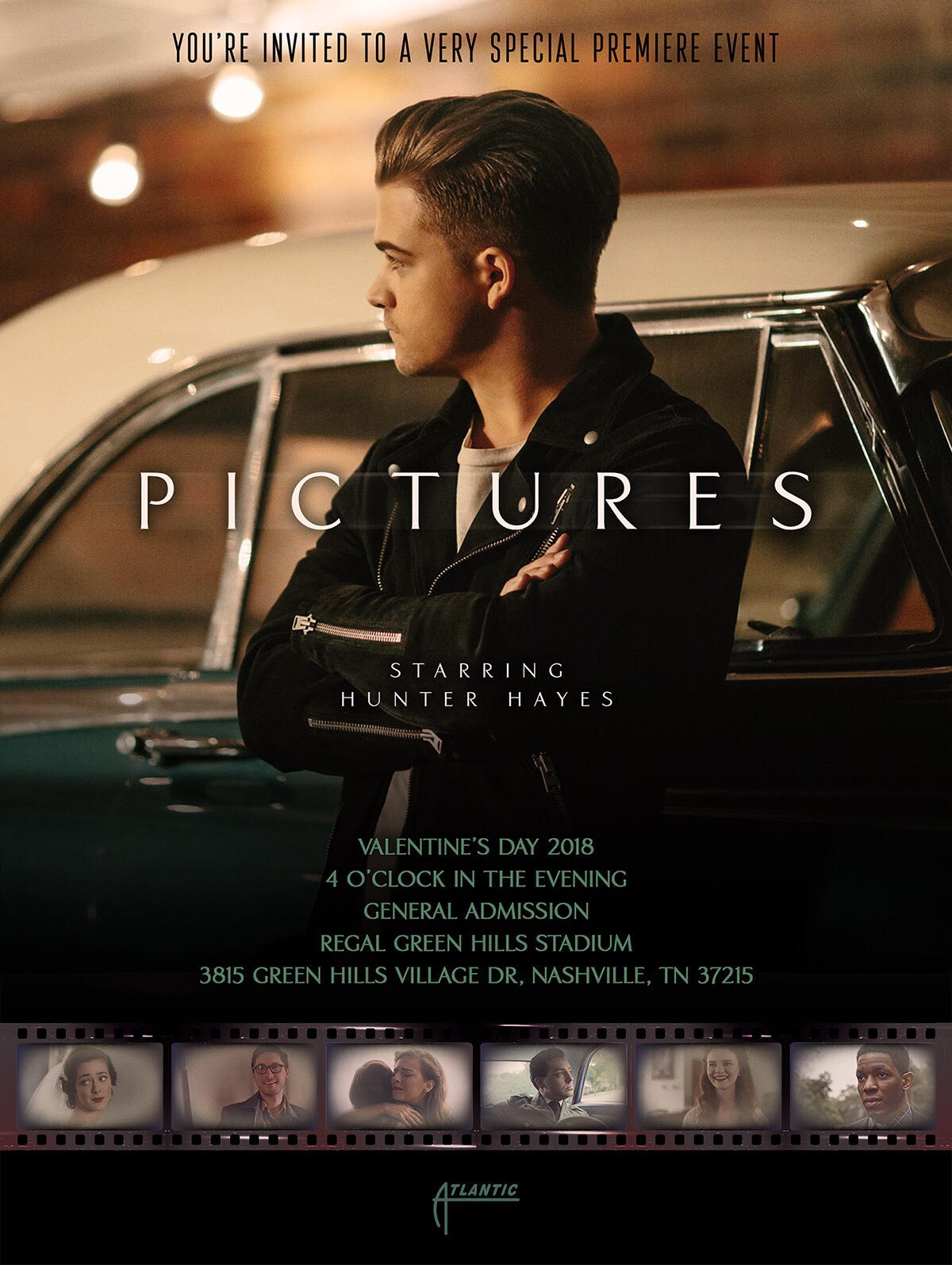 It took a lot of creative effort from everyone to make a reverse movie where the music comes first followed by the script and acting.  Says Hayes, “It was a team effort…we’ve toyed with the idea for years and it never made sense until now.”  With the vulnerable lyrics to three truly heartfelt songs, debuting “This Girl” on Valentines Day made perfect timing. When asked where the inspiration [to write love songs] comes from Hayes explained, “The inspiration comes from life. To feel that for someone to the extent that you want to share your life with them” is where it comes from.  He continued, “I’ve been blessed to feel all of it. At 26, I’ve written about every bit of it because on the roller coaster ride, the downs are just as important as the ups.”  (Per People Magazine, Hunter Hayes has been dating girlfriend Libby Barnes for several years but is in no rush to get married.)

One of the most interesting aspects of the of the mini-film, Pictures is that the entire trilogy is set in the 1950s.  Hayes states, “We wanted to get away from right now, to escape.”  The house where the movie was filmed was Patsy Cline’s house in Hendersonville, Tennessee, where she lived right up until she died.

Even though Hunter Hayes is just 26 years old, he is one of the most gifted and creative entertainers in the music industry.  His family moved from Louisana to Nashville in 2008 when he signed with Universal Music Publishing Group as a songwriter.  Since then he has had 3 number one hits including his most famous song “Wanted” which recently hit the 5 times platinum mark.  At age 26, he finds himself with 1o years experience in the music industry.

Praised by Entertainment Weekly as “an undeniable songwriting talent,” Hayes “has proved himself seemingly effortlessly as a true musical phenomenon” (Yahoo Music) and continues to deliver innovative avenues to share his music with fans across the country.

Although the songs from Pictures “You Should Be Loved,” “More” and “This Girl,” were created “outside of the record cycle” to create a story, Hunter Hayes promises an album is in the works.  The song “Rescue” was released on its own and as Hayes states, “in many ways, it was the best release week we’ve ever had.” The three songs used in movie Pictures was completely intentional and was an amazing collaborative effort.  The visual aspect of Hunter Hayes’ music is a big part of what he does.  That is why songs/videos from this amazing trilogy of songs are bound to be a success.