Attendees heard comments of varying lengths from four speakers – Carol Swain, Johann Porisch, Reverend Enoch Fuzz, and Lisa Bradshaw–each with a different perspective, but all agreeing on the singular point that Megan Barry is no longer able to fulfill the duties of the mayoral office and should resign immediately. 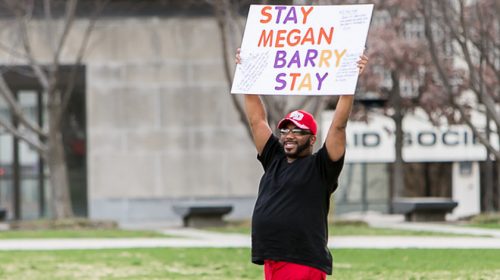 One life-long Nashville resident attending the rally shared his conclusion with The Tennessee Star that the 80 to one ratio of attendees calling on Barry to resign versus those supporting her might be indicative of the sentiment of the city as a whole.

Former Vanderbilt University professor and well-known Nashville conservative, Carol Swain, lead off the speakers saying forgiveness is an expectation and duty of Christians, and she counts herself as one who has already forgiven Mayor Barry. “But, but, but, but,” Swain lead the chant and then continued,“ in forgiveness we are left with the messy details of our wrongdoing and must deal with unexpected and unintended consequences of unethical and sometimes illegal behavior.” 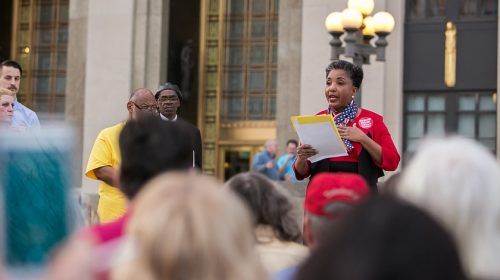 “This is something Mayor Barry doesn’t seem to grasp,” pointed out Swain. “We the people of Nashville can forgive her, but that does not mean that we want her to continue in her leadership role over the city.”

Citizen Lisa Bradshaw, the first time speaking in public, also addressed Mayor Barry’s request for forgiveness, “To say that ‘God will forgive me, but the people of Nashville don’t have to’ really wreaks of arrogance and lack of judgement on the Mayor’s part,” which was met with cheers from the crowd.

For those who assume that the calls for resignation are all politically motivated, Bradshaw was initially pleased with the election of Megan Barry. “As a Nashville-born resident, I was proud to say that we had elected our first female mayor, but I am saddened by her actions that have now divided the Metro Nashville community.” 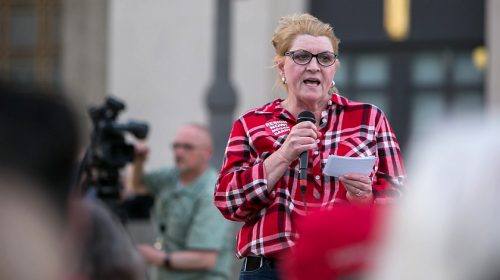 Bradshaw attended the rally with an attorney and others who are working toward filing an ethics complaint against Mayor Barry.

An unexpected and well-received voice and approach came from 27-year-old resident of East Nashville, Johann Porisch, who is organizing a recall election to replace Mayor Barry.

Porisch pointed out in revealing the affair she had with her subordinate, Mayor Barry “knew very well, as a former ethics compliance officer, [it] would create problems for both parties, yet she continued on.” Putting it bluntly, Porisch summarized, “She used her position of power selfishly to pursue a globe-trekking affair, putting her interests above yours.” 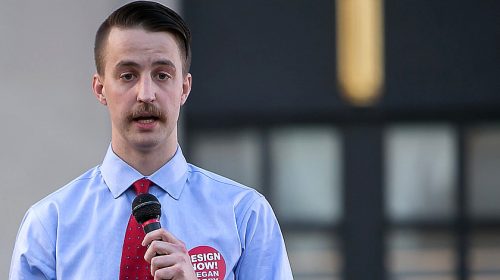 Of “writing a check for the unethical expenditures,” Porisch said in some ways it is “worse than the original unethical expenditure,” implying “that somehow money could possibly fix an unethical and illegal expenditure or gap the public trust breach that she has created with her actions,” which was met with a response of “I want to go to Greece.”

Porisch pointed out that the investigations are “costing us time and money,” and are leaving the people of Nashville with “no say in the matter.” To that, the solution Porisch offers is a recall election. He referred attendees to the website recallmeganbarry.com to sign a pledge to ultimately sign the recall petition. 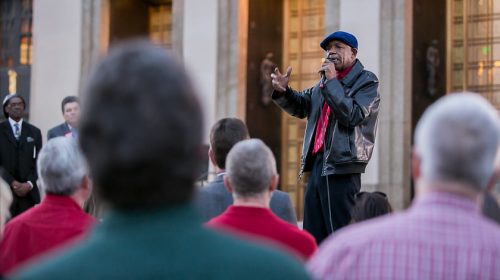 Reverend Enoch Fuzz, obviously very well informed about a wide variety of issues within Nashville, recanted some of the “you can count on me” promises Barry has made relative to education, affordable housing and “healthcare is a right,” which she has not delivered. And, as the Reverend explained it, in several cases the Mayor’s actions were the exact opposite of her promises.

Alluding to the mayor’s transit plan, Reverend Fuzz told The Star that he came to the rally on the bus, largely to count how many people were riding it. He reported that, at a quarter to five, there were just ten people on the bus. And, he added, “None of these people drive cars, so it wouldn’t take no cars off the street anyway.”

Rhetorically, Reverend Fuzz asked the rally-goers how long it will take for the investigations to determine that the trips weren’t for city business, but “monkey business,” especially if the trip to Greece was for the purpose of evaluating best practices yet didn’t include members of the mayor’s administration. 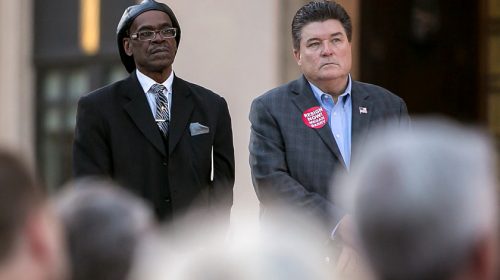 One of the most basic questions posed by Reverend Fuzz and responded to with the event’s loudest laughter: If there are 168 hours in a week and four security officers are working 40 hours each for a total of 160 hours, why was there a need for any overtime?

Before asking Reverend J. J. Green to close with a prayer, Reverend Fuzz gave the attendees a lesson in spelling respect: “R-E-S-I-G-N.”

The full text of Carol Swain’s comments can be read here.