FRANKLIN, Tennessee–The Williamson County School Board held a special meeting Monday night in Franklin, and voted unanimously to issue a statement of support for embattled Superintendent of Schools Mike Looney, who was arrested last week on assault charges. The vote was 12 to zero. 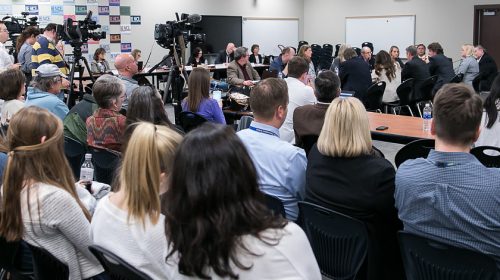 The highly choreographed meeting lasted barely half an hour, and left many in the estimated crowd of 100 members of the public in attendance frustrated, as they were not permitted to speak or ask questions of the board during the meeting or prior to the vote.

Williamson County School Board Chairman Gary Anderson began the meeting by reading, in its entirety, the statement of support, which, after one small amendment, was unanimously approved by the Board.

During the discussion period, Board Member Eric Welch said “As a parent of a Williamson County Schools student, if my child ever has a psychologically stressful situation in school, I hope that Mike Looney is present,” a remark that caused audible ripples of laughter and headshaking in the crowd.

One remarkable admission was made by the School Board in the statement: There is currently no governing law in the state of Tennessee that addresses the issue of how a Superintendent of Schools is to be dealt with when they are charged with a criminal offense.

Natalie Pearce, one of the one hundred people in the audience who were not allowed to ask questions or make public comments during the meeting, expressed her dissatisfaction with the School Board’s decision.

“How I feel about this is, regardless of the situation, we still don’t have the facts to the public. The School Board is privy to the facts, we are not privy to all of the video. We have not seen the video. So until we do, I don’t understand why he’s at work,” Pearce said of Superintendent Looney.

“A teacher, someone I really support, Melanie Lemon, has not been given that grace. It’s a double standard,” Pearce added, referring to a teacher who was accused of assaulting a child, and was suspended by Looney, reportedly without any evidence to support the charges against her, according to her supporters.

Another member of the audience also expressed profound dissatisfaction with the School Board’s decision.

“My question is, [why is] there no public interaction here, to be able to ask questions over the situation?” he asked

“It’s not as simple as just protecting a girl’s privacy.There’s things about him taking this girl to his car, and what was the purpose of that? Overriding the police,” he continued.

“There’s a lot to be asked here. I’m just really disappointed,” he concluded.

As Board members exited after the meeting was adjourned, they were terse, and offered no comments when asked if they had seen the entire video of the incident. 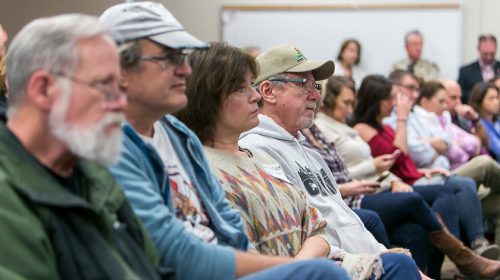 Here is the final version of the statement of support, as approved unanimously by the Board :

As many of you know, Dr. Looney, WCS’s Superintendent of Schools, was served last Wednesday evening with a warrant alleging misdemeanor assault, and the Williamson County Board of Education has been told that litigation has also been threatened against it related to this allegation.

The Board works to ensure the safety and well-being of all its students. Every decision it makes has this in mind. As part of this, the Board talks all allegations against its employees, including its Superintendent, seriously. The Board recognizes that it is not the final decision-maker with respect to any criminal charge, but it does have responsibility as the employer of the Superintendent to make decisions related to his employment, especially when an allegation of wrongdoing is made.

Each of us has received requests from some members of the public asking for Dr. Looney to be terminated or suspended from his employment, asking what Dr. Looney’s contract says about issues like this, how WCS’ HR Department would handle such an allegation against any other employee, what our policy is on this, etc.

When any WCS employee other than the Superintendent is the subject of any employment-related allegation, WCS’ Human Resources Department immediately looks for whatever information is available related to the allegation and makes a recommendation to the Superintendent on whether to suspend the employee pending investigation based on the available facts and two main questions:

(1) If the employee stays in their job during an investigation, will the employee’s presence risk continued inappropriate action if the allegation is true? and

(2) Might the employee’s continued presence at work interfere with an investigation? We believe that we as a Board should as much as we reasonably can follow the principles our Human Resources Department follows. In addition, I have consulted with the Deputy Executive Director and Legal Counsel of the Tennessee School Boards Association who shared there is no statewide procedure regarding a superintendent in this type of situation.

All of the Board members have by the time of this meeting reviewed WCS’ security video regarding the alleged incident. The video contains some FERPA-protected personally identifiable student information, so we cannot simply release everything we have to the public. Also, in the interest of student privacy, we cannot at this time speak to all the details of the alleged incident and may never be able be able to speak to all those details. We understand that this may be frustrating, but please understand that we must respect these rights for all students, all the time. 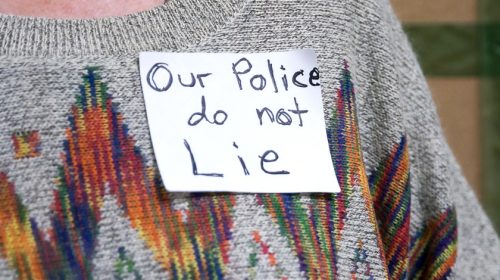 The statement made no reference to the affidavit of complaint filed by two members of the Franklin Police Department, which described the incident quite differently, as articulated last week in this “statement in response to multiple media inquiries regarding today’s arrest of Dr. Mike Looney, Williamson County Schools Superintendent:”