A recently updated infographic published by FAIR, estimates that 135,000 illegal aliens live in Tennessee that along with approximately 46,000 of their children born in the U.S., brings the total to over 180,000 people.

Including U.S. citizens and authorized alien workers, the cost breaks down to a fiscal burden of $315 per household.

The infographic can be viewed below: 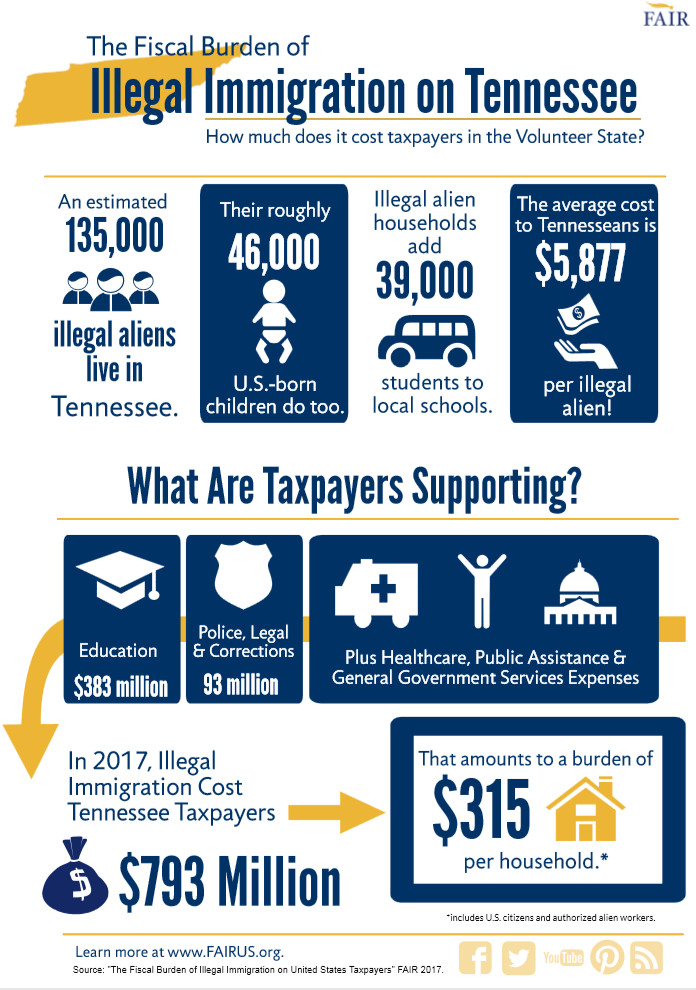