NASHVILLE, Tennessee–Three of the five members of the Davidson County Election Commission ignored the plain meaning of Tennessee law and voted to set August 2, 2018 as the date for the special election to select a new mayor of Nashville late Friday afternoon, thereby plunging the city into a likely firestorm of lawsuits and threatening the legitimacy of an election held on that date.

The meeting was convened in response to the resignation of Mayor Megan Barry on March 6, and the swearing in of Vice Mayor David Briley the same day as acting mayor. Briley has already declared that he will be a candidate for mayor in the upcoming special election. 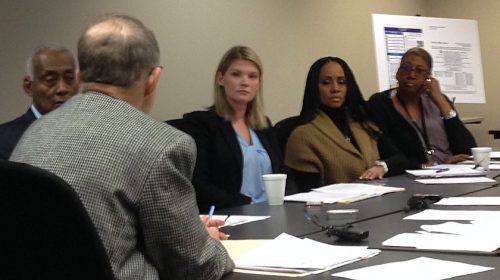 By the same three to two margin, the commission rejected an earlier motion by Commissioner Herzfeld, an attorney, to submit a request for declaratory judgment before the Chancery Court on Monday to obtain an official ruling on the proper interpretation of state law and metro charter as it relates to the legal date for the upcoming special mayoral election.

“Commissioner Herzfeld has raised an approach which, I don’t think we have considered before, which is to apply for a declaratory judgment action. That’s to me uncharted water. I don’t know how that would be viewed by the court,” Chairman DeLanis said, explaining in part his opposition to this motion.

Also by a three to two margin, the commission rejected another earlier motion by Commissioner Herzfeld to set May 1 as the date for the special election to select a new mayor of Nashville.

“The State Election Commission is composed of seven members, four from the political party holding a majority of seats in the General Assembly and three from the minority party. These individuals are elected for a term of four years. This is the only commission in Tennessee state government which is elected wholly by the General Assembly,” according to its website.

Sources tell the Tennessee Star that one plaintiff is definitely expected to file a lawsuit against the Davidson County Election Commission on Monday to reverse their decision to set the mayoral election date as August 2. The number of plaintiffs will likely grow throughout the week. 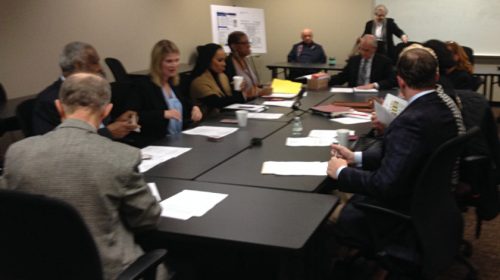 At issue is Section 15.0.3 of the Metro Charter, passed by residents of Davidson County in 2007, which states that a special election must be called if a vacancy in the office of Mayor occurs more than 12 months before the next “general metropolitan election.”

The “next general metropolitan election” to select a mayor and members of the city council is set for August 2019, which is 18 months from the date of the vacancy in the office of the mayor.

The timing of that special election is established in black letter law in Section 2-14-102 of the Tennessee Code Annotated, as The Star reported previously:

(a) Special elections shall be held not less than seventy-five (75) days nor more than eighty (80) days after the officer or body charged with calling the election receives notice of the facts requiring the call. An election for an office shall be held on the same day in every county in which it is held. (Emphasis added.)

(b)(1) If it is necessary to hold a special election to fill a vacant seat in the United States house of representatives, a vacancy in a county office, or a vacancy in any municipal office, and the date for such election, as established under subsection (a), falls within thirty (30) days of an upcoming regular primary or general election being held in that district, the governor, or the county election commission, as specified in § 2-14-103, may issue the writ of election for the special election for the date which will coincide with the regular primary or general election. (Emphasis added.)

The Davidson County Election Commission was notified on March 6 of the vacancy, so it had the authority to set the special election from 75 days (May 21) to 80 days (May 26) subsequent to that notification, or, alternatively on May 1, the date of the mass transit referendum and the primary election for municipal judges and the sheriff in Davidson County, which is within the 30 day window from May 21 to May 26.

But Metro Legal Department attorney Nicki Eke and Commission Chairman DeLanis, an attorney currently of counsel with the prestigious law firm Baker Donelson, insisted that a precedent was established in the 1983 Tennessee Supreme Court Case of Wise v. Judd that changes the plain meaning of “general metropolitan election” as understood in both the Metro Charter and Tennessee statutes.

DeLanis went forward to assert that the 1983 Tennessee Supreme Court decision in Wise v. Judd completely settled the law and concluded that the term “general municipal election” applied to both the August 2018 municipal judge and sheriff election as well as the August 2019 mayoral and city council member election.

“There is a decision in the Wise v. Judd case authored by Justice Harbison, maybe the most well respected judge Tennessee has ever had, certainly in my life time ,and he affirmed on this point, a decision by Chancellor Kilcrease, who I have the utmost respect for. That was a very strong court in 1982, so that stands,” DeLanis said.

DeLanis did not mention that the “advice” of the State Election Commission was not a formal written opinion written by an attorney familiar with election law, but merely a brief statement of concurrence sent via email.

He also failed to cite the exact language of Justice Harbison’s opinion in the 1983 Wise v. Judd case which he claims is “rock solid” in confirming the definition of “general municipal election” which he prefers and forms the entire basis for the August 2 election decision.

A close look at the actual language of the Wise v. Judd decision, however, shows two things:

Here’s what the case was about, according to WestLaw:

Citizens petitioned for referendum election on amendments to the charter of the metropolitan government. The petititons were challenged by local officials. The Equity Court, Davidson County, Irvin H. Kilcrease, Jr., Chancellor, held that while the number of signatures on the petitions was sufficient to satisfy charter provisions, enough signatures on the petitions were invalid as determined by reasonable procedures to disqualify them, and both parties appealed.

The Supreme Court, Harbison, J. held that (1)charter requirements that petition for referendum on proposed amendment be signed by ten percent of number of registered voters of Nashville-Davidson county voting in preceding general election referred to preceding Metropolitan general election, not previous state general election, but (2) employment of electronic data process for comparison of signatures on petition against permanent voter registration rolls which resulted in wholesale disqualifications of signatures contravened public policy of state and was therefore deemed arbitrary.

Here’s the language in the decision which Chairman DeLanis claims provides “rock solid” confirmation that the August 2018 general election for municipal judges and sheriffs is a “general metropolitan election.”

The Metropolitan Charter Section 19.01 requires that a petition for a referendum on a proposed amendment be signed by “ten (10) percent of the number of the registered voters of Nashville-Davidson County voting in the preceding general election.”

That the purpose of the court was to choose between a preceding state election vs. a preceding municipal election, rather than to define what would be subsequently meant by the Metro Charter amendment passed more than 20 years later in 2007 by “general metropolitan election” appears to be confirmed by the specific language used by the court.

You can read the full Wise v. Judd decision here:

Prior to final vote by the commission members, two attorneys and a private citizen were granted five minutes each to address the commission in a public comment period.

“I represent the President of the Davidson County chapter of the NAACP, Ludye Wallace,” attorney Jamie Hollin told the commission.

“We’re filling the vacancy of not just any office, but the office of mayor, which the charter treats uniquely over any other office in metro or the county. It’s pretty simple. You don’t need a law degree to figure it out. I bet a group of fourth graders could figure it out,” Hollin continued.

“There are only two ways to elect a Mayor in Metro Nashville,” Hollin, said, advancing the argument he had presented to the commission in a letter delivered prior to the meeting:

The only other method the Charter provides for election of a Mayor is in Section 15.03, the holding of a special election when a vacancy occurs “more than twelve (12) month sprior to the date of the next general metropolitan election.”

“It is not debatable that more than 12 months remain in the unexpired term in the office of Mayor. Equally not debatable is whether a special election is triggered.” Hollin stated forcefully.

“I’ve been involved in litigation against the commission in the past,” attorney Jim Roberts began when given his five minutes to address the commission. 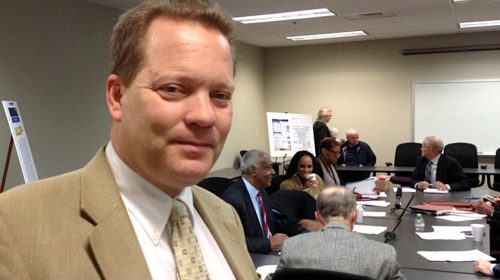 “I agree with him Mr. Hollin. I’ve never met him before. I have a strong feeling we would be on opposite side of just about every issue imaginable. And yet we are here today for the same reason,” Roberts continued, noting that he agreed with everything Hollin said.

“I want you to think about why this is so important. This has been a tough year for Nashville. It’s been a tough two months. We’ve gone through an embarrassing time, a difficult time and this nightmare needs to end,” Roberts said.

“And the way it ends–when you have a special election–is, there’s time limits and it’s set to be happening quickly, and this mayoral issue needs to be put to bed quickly,” he concluded.

5 Thoughts to “The Fix Is In: Davidson County Election Commission Ignores Plain Meaning of Law, Votes 3 to 2 to Set August 2 Date for Mayoral Election”