The seat was vacated in November when former State Senator Jim Tracy (R-Shelbyville) resigned to accept a position with the Trump administration. 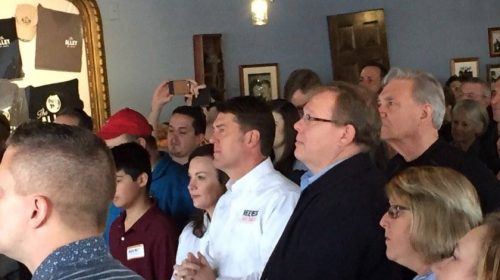 Reeves is the Republican candidate in Tuesday’s election, in which he faces the far left self proclaimed atheist Gayle Jordan, the Democratic candidate.

The rally was followed by a Day of Action by Reeves’ supporters, who knocked on doors and called voters on behalf of their candidate.

The race has drawn attention in recent days as political observers look for signs that the purported “Blue Wave” of Democratic victories hoped for in the 2018 midterm elections by Democrats has begun to show up in Tennessee. 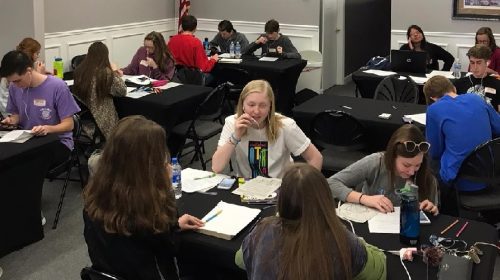 One data point that might support that notion was the surprisingly narrow victory of former Republican State Rep. Mark Pody (R-Lebanon) over his Democratic opponent in the December special election to replace former State Senator Mae Beavers (R-Mt. Juliet) in Wilson County.

The recent lower voter turnout in early voting in the 14 State Senate District special election seemed to suggest Republicans might have reason for concern, as The Tennessee Star reported last week:

Early voting in the March 13 Special Election in the 14th Senatorial District . . . continues at a slow pace. Through Friday, March 2, 2018 only 4,211 votes had been cast. Early voting in Bedford, Moore, Rutherford, Lincoln, and Marshall counties continues through Thursday, March 8.

But over the past week, the Tennessee Republican Party and the Reeves campaign have mounted a hard charging effort to attack their opponent, and mobilized the Republican base in the district. 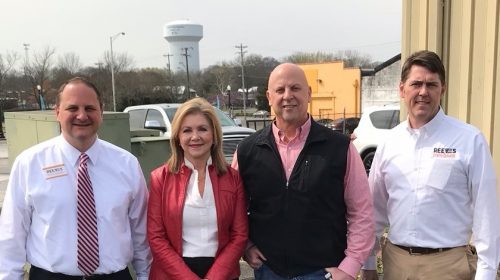 An unusual aspect of the race is the Democratic candidate’s rejection of belief in God and strong profession of atheism. Under the Tennessee State Constitution, atheists are not allowed to hold public office, a point that some national liberal media outlets that are covering the race have chosen to emphasize.

Tennessee is one of several states that have such a provision in their state constitution.

The issue is moot however, because a 1961 U.S. Supreme Court decision ruled that such provisions of any state constitution are unconstitutional.

So even though that section of the Tennessee State Constitution remains, any challenge to Democrat Gayle Jordan’s eligibility run for the 14th State Senate seat would be rejected in any court of law, based on the U.S. Supreme Court decision.

The anachronistic provision of the Tennessee State Constitution remains, however, and is unlikely to be removed unless a group wants to mount an expensive, but almost certainly successful, effort to amend the state constitution through the referendum process.

Such an effort, however, would be entirely symbolic, as the provision is completely unenforceable.

The Tennessee Star will report the results of the 14th State Senate District special election between Republican Shane Reeves and Democrat Gayle Jordan as they roll in on Tuesday evening, March 13.