by Mark A. Skoda

The recent announcement that President Trump decided to implement steel and aluminum tariffs was met with both condemnation and adulation. Looking at this action as a one-off is the absolutely wrong way to evaluate Trump’s decisions. However, as a broader strategy for job preservation and creation, Donald Trump is probably one of the economic geniuses of our time!

Since his election in 2016, Trump has attacked all matter and sorts of regulations. He has begun to reduce the overreach of the EPA, reversed job-killing actions by the Obama administration and focused on re-building and regaining America’s preeminent position in everything from coal, energy production to manufacturing and now steel and aluminum.

Unlike the “experts” who have never done a day’s work with their hands, Trump was building skyscrapers and hotels around the world. And what Trump understands better than all these academic critics is that you need two key elements to build these commercial projects: steel and concrete! His business acumen in the developer world offers a unique perspective that only Donald Trump fully recognizes. In addition, all of the actions together, represent a commitment to executing on his campaign promises which is unique in the world of presidential politics. 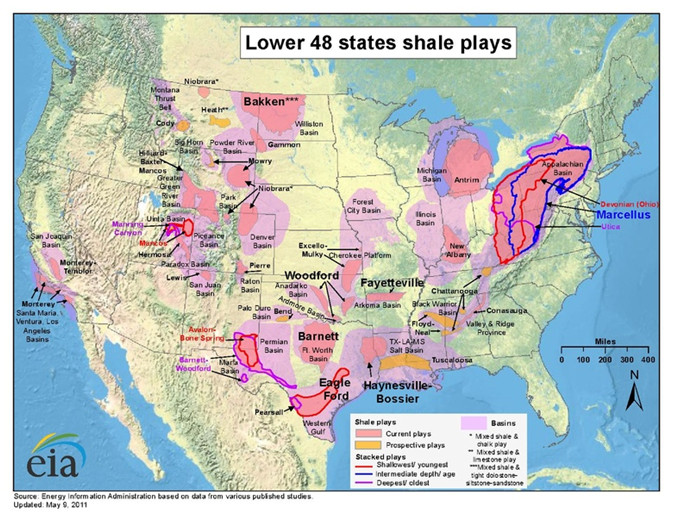 So, let’s try to look at what his actions have accomplished in effecting his legacy during his presidency. The best way to do this is to look at how his actions impact regions of the country, its workers and of course, its voters.

Upon his inauguration, President Trump signed on to the Keystone Pipeline and allowed its construction. He subsequently opened oil and gas exploration and production throughout the US. The map provides a perspective on where those assets exist and where there would logically be an impact on jobs and voters.

Notice that most of the relevant exploration and development is in “flyover” country and impacts the Midwest states as well as Pennsylvania and western New York. These are bulwarks of Trumps blue collar worker voters. 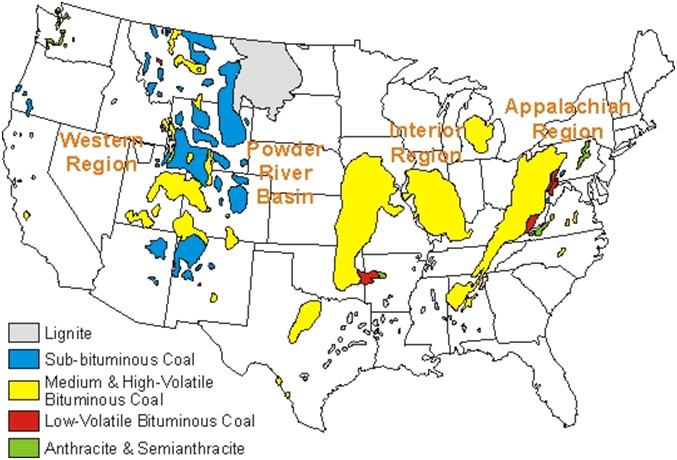 Next, Trump began to reverse Obama’s war on coal. He reiterated the notion of “clean, beautiful coal” and the desire to get miners back to work. His actions resulted in the opening of new coal mines and the increase in coal production for both local and international consumption.

Trump also understood that US coal was often of superior quality and would burn with less polluting impact on the environment where it was a key source of energy production, especially in China and part so Southeast Asia.

Of course, it shouldn’t be lost on the casual observer that coal production impacts the Midwest and West states who are important constituents of the Trump election. 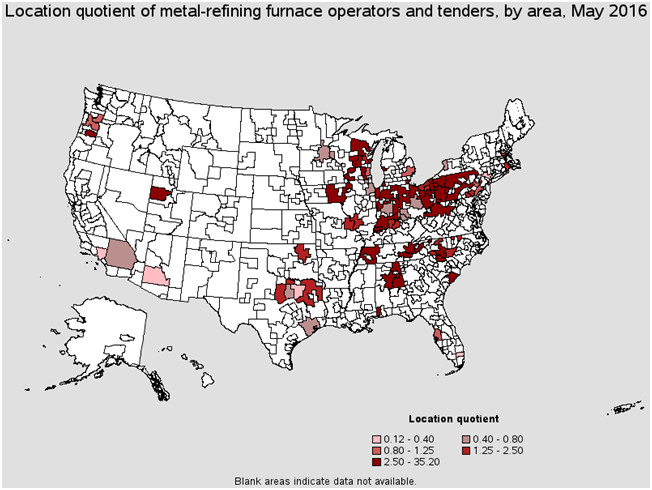 Finally, President Trump decided to add tariffs to steel and aluminum. As he so eloquently stated. “If you don’t have steel, you don’t have a country.” And Trump is right once again. He understands that with these key building materials and energy resources, America cannot succeed in a global environment that may challenge us militarily and economically.

Once again, look at the map. It should become clear that Trump’s overarching strategy to build back our core industries in energy, mining and steel and aluminum impact the very states he will need to win the 2020 election. And it is a message that no Democrat could ever bring forward that would ring true with those people impacted by all of this new development and business.

Beyond the domestic impact, our rising industrial base and low-cost energy production together with his tax plan, is resulting in more factories being moved to the US from overseas production. While it is early days in this cycle, all of these actions together prepare America for a manufacturing renaissance.

Geopolitically, our energy independence in becoming the largest producer of oil and gas in the world, has mitigated any impact by the Middle East, allowing Trump to be more assertive in his policies while also challenging trade deals that no longer make sense for hard working Americans whose livelihoods have been impacted by free and unfair traders.

In closing, President Trump has put together a “string of pearls” that both amplify his message and create new and high paying jobs for America. The Democrats are still stuck on socialism and redistribution while Trump is rebuilding the American dream, one industry at a time.

Mark Skoda is a business executive and long-time Tea Party activist. He is the founder of the Memphis Tea Party and America First Federation.

One Thought to “Marks Skoda Commentary: Trump Genius in Action”