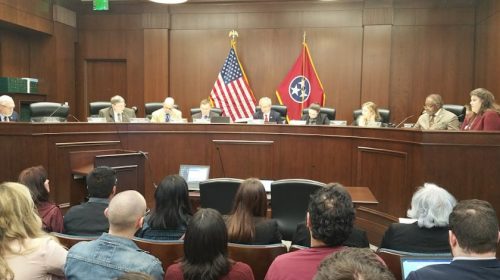 With the exception of State Rep. Dawn White’s (R-Murfreesboro) strongly worded statement opposing White’s bill, no discussion was had by the subcommittee before they passed the bill on a voice vote.

Bill sponsor State Rep. Mark White (no relation to State Rep. Dawn White), who chairs the Education Subcommittee, opted to move his bill up from number thirty-five on the agenda to the first one voted on by the subcommittee.

White’s bill, HB2429, is his fourth attempt to give illegal immigrant students access to taxpayer subsidized in-state tuition. To do this, White’s bill dismantles state law by removing reduced college tuition from Tennessee’s definition of “state or local public benefit.

Stating her opposition to the bill, State Rep. Dawn White noted the high fiscal impact from illegal immigration on Tennessee taxpayers estimated to be $793 million in 2017. She also referenced the magnetizing effect that offering the reduced college tuition would have on Tennessee, a point worth noting since none of Tennessee’s border states offer in-state tuition to illegal immigrants.

Among the states that have passed legislation providing for the tuition benefit, some have limited it to illegal immigrants who have been granted deferred deportation under the Obama DACA program even though their illegal immigration status remains unchanged. 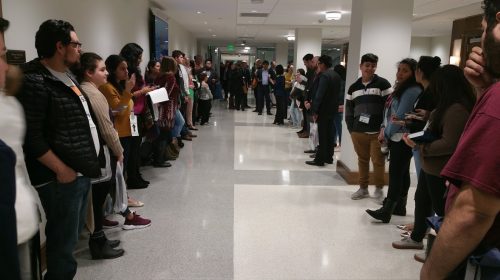 Advocates for illegal immigrant rights see the in-state tuition bills as a way to mark time convinced Congress will provide a form of legal status and a path to citizenship for the “DREAMER” population.

State Rep. Mark White and State Sen. Todd Gardenhire’s 2015 in-state tuition bill that failed to pass, applied only to DACA grantees. Their current bill, however, is much broader and applies to any illegal immigrant residing in Tennessee for three years and who graduates from a Tennessee high school, home school or obtains a GED.

A 2015 decision from the federal Fifth Circuit Court of Appeals blocked the proposed expansion of DACA (and the DAPA program) which strongly suggests that the remaining DACA program will be invalidated. Tennessee was the last state to join 25 other states in the lawsuit challenging the expanded DACA. However, after meeting with advocates for illegal immigrant rights Attorney General Herb Slattery withdrew the state from the suit.

In September 2017, the Trump administration announced that it was terminating the DACA program but with a 6-month delay allowing time for Congress to address the issue. To date, Congress has taken no action despite a generous offer of terms from President Trump. 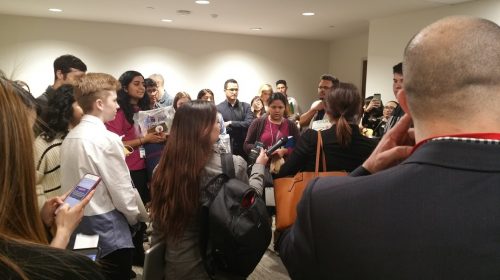 Courts have issued conflicting opinions as to whether the Trump administration could end the DACA program. A California federal court blocked the administration’s plans for the program while a federal judge in Maryland held that the President has the right to end the program. It is likely the controversy will reach the U.S. Supreme Court especially if Congress remains stalled on the issue. In the meantime, DACA grantees are able to renew their two-year work permits and temporary deferred deportation status.

Tennessee legislators supporting the in-state tuition bill claim that college-educated workers earn more and will therefore, pay more in taxes. However, without legal immigration status, or a renewed work permit for as long as DACA survives, the illegal immigrants who are the intended beneficiaries of the White/Gardenhire bills, will not be able to work legally in Tennessee.

In 2011, Tennessee enacted the “Tennessee Lawful Employment Act” in an effort to decrease the availability of jobs for illegal aliens in the state. The law provides employers a variety of ways, including accessing the federal electronic database called “E-verify,” to determine whether a job applicant is authorized to legally work in the U.S.

White’s bill creates an express exemption from Tennessee’s law for what constitutes a “state or local public benefit,” and likely sets a precedent for the next General Assembly to legislate access for illegal aliens to other public benefits such as an exemption from the E-verify law or access to the Tennessee Promise last dollar scholarship.

The bill now goes on to the full Education Committee for consideration.

Several states that have passed in-state tuition laws or what White and Gardenhire have variously called “tuition equity” and “tuition opportunity,” have made financial assistance available to illegal immigrants.

The in-state tuition bill debate has pitted U.S. citizens against illegal immigrant who have already received the benefit of a free K-12 education. Legislators in Tennessee who have supported the White/Gardenhire bills in the past have made that very point – that the state has already invested public dollars in these students so helping them go to college can eventually result in a return on that investment. 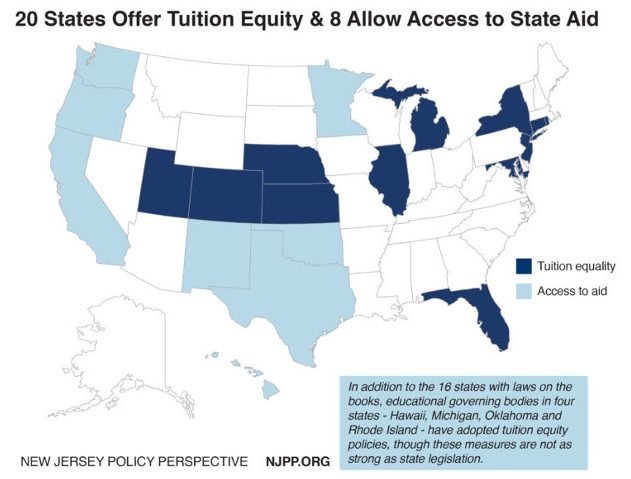 But a 2016 policy paper issued by the New Jersey Policy Perspective “think tank,” titled Access to Financial Aid is Essential to Give Undocumented New Jerseyans a Better Shot at a College Education, says that illegal immigrants still can’t afford the reduced in-state college tuition available to them in New Jersey so now they need access to state financial aid.

Last year Governor Haslam supported the efforts of illegal immigrant advocates to secure the in-state tuition benefit because he said “it was the right thing to do” and that he hoped to see the bill revived. This year the Governor’s former chief of staff, Mark Cate is helping to ferry the bill to the Governor’s desk.