NASHVILLE, Tennessee–Home schooled students from around Tennessee competed in the Davy Crockett Statesman’s Student Congress Debate Tournament at the State Capitol on Wednesday. 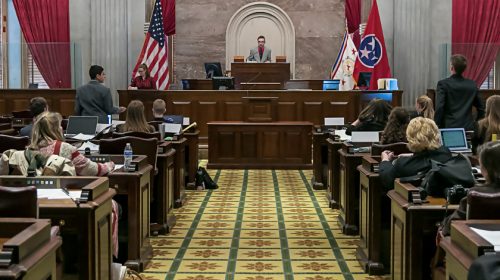 Debate in each house was governed by a presiding officer, a home schooled student who had excelled in previous Davy Crockett Statesman’s Debate Tournament events. The presiding officer observed Robert’s Rules of Order, which governed the conduct of participating student legislators who debated the proposed bills prior to voting on them, similar to the manner in which floor debates are managed in both the Tennessee State Senate and the Tennessee House of Representatives. 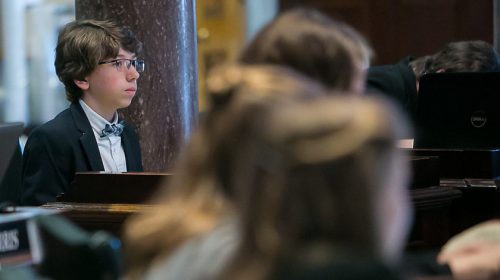 Among the bills the students debated and voted on were:

Three volunteer judges in each legislative body rated each participating student legislator’s debating skills each time they went to the well of the chamber to speak in favor of or opposition to the bill under consideration. 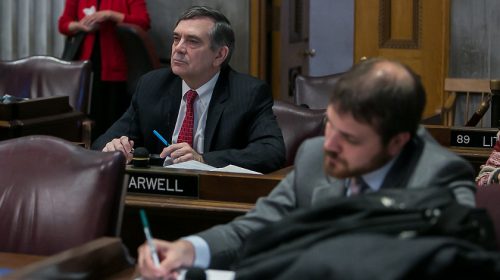 A champion was selected in each house. The overall champion of the event was the number one rated student legislator in the Gold House, which is the senior chamber of the Davy Crockett Statesman’s Student Congress.

The Tennessee Star’s CEO & Editor-in-chief, Michael Patrick Leahy, Samuel Nienow of Americans for Prosperity, and Frances Arthur of the Tennessee Eagle Forum were among the volunteer judges participating in the day’s events.

All participating home school students were also invited to participate in The Tennessee Star’s Constitution Bee, sponsored by The Polk Foundation, which will be held in Franklin, Tennessee on April 28 from 9 a.m. to noon. Students can sign up for that event here.