Former Gov. Phil Bredesen, the 74-year-old “new hope” for Democrats in Tennessee who is running unopposed for his party’s U.S. Senate nomination, launched a television ad last week in which he said “I’m not running against Donald Trump.”

Despite that claim, Bredesen is headed to a high end restaurant near New York City’s Central Park in Manhattan to raise big money from Never Trump liberals who want to destroy Trump’s presidency and the GOP.

Democrats from the heartland come to New York for the same reason Willie Sutton said he targeted banks: “Because that’s where the money is.”

Former Tennessee Gov. Phil Bredesen, looking to move to the US Senate, will have a fundraiser at Bobby Van’s on Central Park South on April 19.

The New York Times reported in November that Senate Majority Leader Chuck Schumer (D-NY) helped persuade Bredesen, whom he “courted personally,” to run for the U.S. Senate in Tennessee.

You can see the New York Post article here: 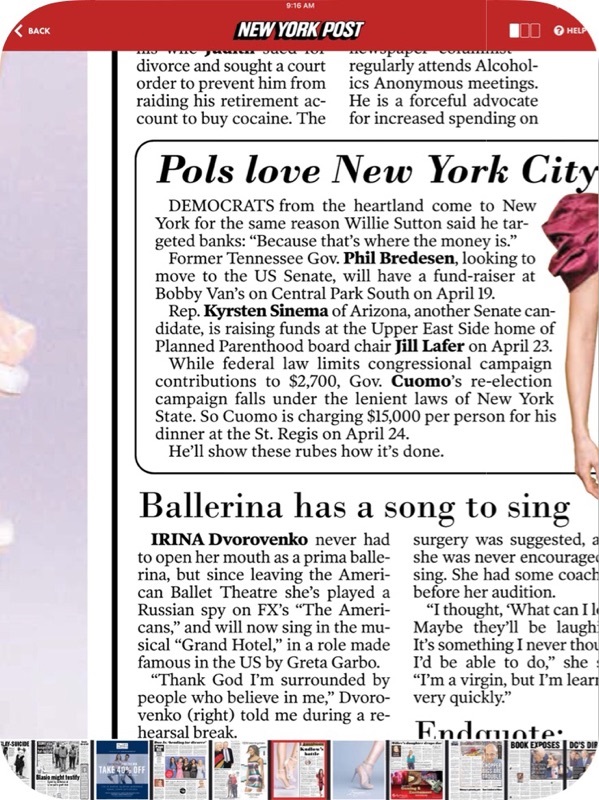 A multi-millionaire, Bredesen has said that it will take at least $50 million to win the U.S. Senate seat in Tennessee which Sen. Bob Corker (R-TN) currently holds. After several fits and starts, Corker has finally declared he will not be seeking a third term.

Bredesen has also said that he will not be using any of his own substantial fortune in his campaign, and that there is plenty of money out there from Democrats around the country to get him to the $50 million mark before November.

The former Governor and former Mayor of Nashville, a big supporter of disgraced former Mayor Megan Barry and her wasteful $9 billion mass transit proposal on the May 1 ballot in Davidson County, appears to be following in the footsteps of other Democrats in conservative states who claim they do not oppose President Trump or the conservative values of their own states, but raise the vast majority of their campaign funds from liberal enclaves in New York City, Boston, Washington D.C., San Francisco, Los Angeles, and, especially Hollywood.

Bredesen’s likely opponent in the November general is Rep. Marsha Blackburn (R-TN-07), the clear front runner in the Tennessee Republican U.S. Senate primary, which will be held on August 2.

According to the most recent report filed with the Federal Election Commission covering the period ending December 31, 2017, Bredesen for Senate raised $518,000 in December 2017, the first month of his campaign. A good portion of this was funneled from donors outside of Tennessee through the Massachusetts based fundraising firm and Political Action Committee known as ACT Blue, acting as a legal conduit. ACT Blue is known for helping nationalize the fundraising activities Sen. Elizabeth Warren’s (D-MA) and other left wing Democrats.

The most recent report filed with the FEC by the Marsha Blackburn for Senate campaign covering the period ending December 31, 2017 showed that her campaign raised $3.2 million during the first three months of her campaign, October, November, and December 2017.