Early voting is underway in local elections across the state and runs through April 26, with the Election Day itself occurring May 1. In deep red Republican Williamson County there has been some concern among conservative Republican leaders that local Democrats may cross over to vote in the Republican Primary. Because Tennessee does not have party registration, voters can pick which primary in which they choose to vote each election, although Tennessee state law does require that the “choice” is a legitimate expression of party allegiance.

Those concerns have been confirmed as at least two high profile Democrats have already voted “as Republicans” in the Republican Primary during early voting.  One of the two has qualified as a candidate for the State House as a Democrat in the Democratic Party primary slated for August 2; the other is currently running as a Democrat for a county office in the May 1 primary and therefore did not vote for herself in the Democratic Party primary in which she is a candidate.

Bill Peach (pictured, right) has run previously for the State House as a Democrat against Jeremy Durham and failed to get 30% of the vote in 2014. He is a candidate again, running for the Democratic Party nomination to oppose Rep. Glen Casada (R-Franklin) in the 61st House District in November. Last week he voted in the Republican Primary for the May 1 county elections.

Anne McGraw is also a Democratic Party candidate and is on the ballot for the May 1 primary election for the office of County Commission. However, like Peach, she voted in the Republican primary last week – choosing to not even vote in the Democratic Primary for herself!

Chad Gray, Administer of Elections for Williamson County, confirmed to The Tennessee Star that the cumulative list of GOP Primary voters provided to the Tennessee Star reflects those who have voted last week in the Republican Primary – and that Peach and McGraw both voted in that primary.

Tennessee law allows individuals to vote in the primary they select each election day – subject to a few conditions:

(1) The voter is a bona fide member of and affiliated with the political party in whose primary the voter seeks to vote; or

It is difficult to imagine that either Peach or McGraw actually intends to “affiliate” with the Republican Party while they are campaigning as Democratic Party candidates. There may be other less high profile Democrats doing the same thing, which is a concern that many Republicans have already expressed. 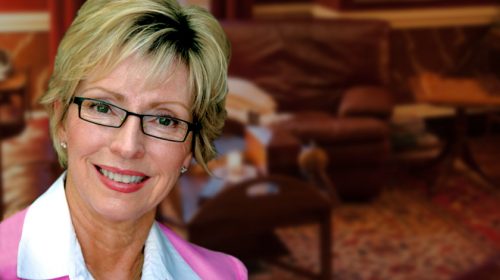 Debbie Deaver, Williamson County Republican Party Chair, pointed out that the two longtime, staunch Democrats – who are currently Democrat candidates for office – are possibly committing some form of voter fraud by voting in the Republican Primary. “I will be exploring the options available to us with the Election Commission and will pursue whatever recourse we have to prevent Democrats from engaging in this sort of illegal election activity. Nobody would seriously believe that either Peach or McGraw have suddenly become Republicans and we shouldn’t tolerate anyone undermining our party nomination process to advance some Democratic Party political scheme.”

Conservative Republican strategist and political analyst Steve Gill says he has heard the same suspicions, and finds it shocking that candidates for office as Democrats would be so bold as to cross over into the Republican Primary. “Restrictions on crossover voting are seldom if ever enforced,” Gill noted, “but when you have people voting as Republicans while they are running as Democrats that should definitely draw attention and scrutiny from election officials.”