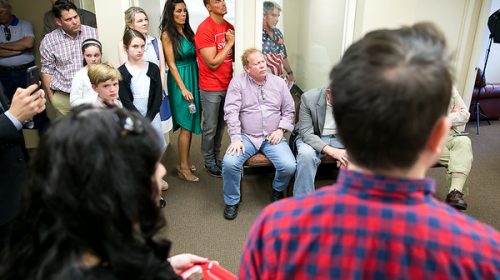 The former Vanderbilt professor spoke at the event, highlighting the major themes of her campaign for mayor: opposition to the $9 billion transit plan on the May 1 ballot in Nashville Davidson County, support for improving the infrastructure by repairing potholes, roads and bridges, and support for ending cronyism and the accompanying unfair distribution of neighborhood resources 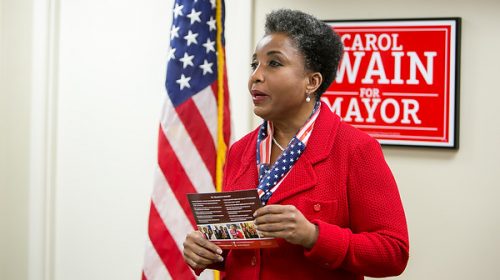 Though the grand opening celebration celebration was not a fundraising event, dozens of those in attendance chose to make a financial contribution to the campaign. Sources tell The Tennessee Star about $2,000 was contributed to the campaign by those who attended, more evidence that Swain is the only candidate capable of raising the necessary financial resources to seriously compete with Acting Mayor David Briley, the front runner in the May 24 special mayoral election in Nashville/Davidson County.

As The Star reported previously, the Swain campaign raised more than $40,000 in its first two weeks of operations.

Swain has generated endorsements and financial support from around the country, in addition to the support she has received from within Nashville/Davidson County. 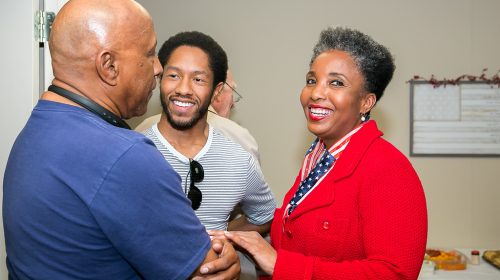 Among the nationally known figures who have endorsed her campaign for mayor are conservative film maker and author Dinesh D’Souza, radio legend Dick Bott, and best-selling author and syndicated radio host Eric Metaxas.

Last week, Nashville businessman Lee Beaman, owner of the Beaman Automotive Group and one of the most well known auto dealers in Middle Tennessee, joined the Swain campaign as finance chairman.

Over 100 Swain for Mayor campaign signs were distributed to supporters as well.

A Tennessee Star Poll of the race for mayor released last week showed that Acting Mayor David Briley has a substantial 34 point lead over second-place Swain, 43 percent to 9 percent, with 32 percent of likely voters undecided. 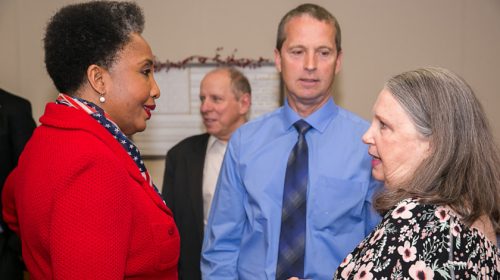 However, Briley is 7 points below the 50 percent threshold he needs to cross in order to avoid a runoff with the second-place finisher.

Briley’s vigorous support of the expensive and wasteful $9 billion Nashville Transit Plan, could cut in to his support and add to Swain’s.

The same Tennessee Star Poll showed that likely Nashville/Davidson County voters oppose the transit plan by a 2-to-1 margin, 62 percent to 27 percent. 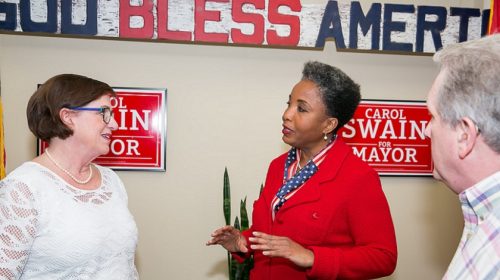 Early voting in the May 1 transit plan referendum began last week, and turnout is high. Forty percent of those who have early voted are Republicans, higher than the percentage of registered voters in Nashville/Davidson County, which could be an early indication of heavy turnout among those opposed to the transit plan.

An energized conservative base showing up in the May 1 transit plan referendum could also be an early indication that voters who oppose Acting Mayor Briley’s progressive agenda will turn out more heavily in the May 24 mayoral special election.