Students from eleven high schools across Tennessee and one home school group will be competing for the first ever Tennessee Star Constitution Bee High School Team State Championship in Franklin on Saturday.

The High School Team State Championship is a new feature for the Constitution Bee, a semi-annual event held in September and April of each academic year. 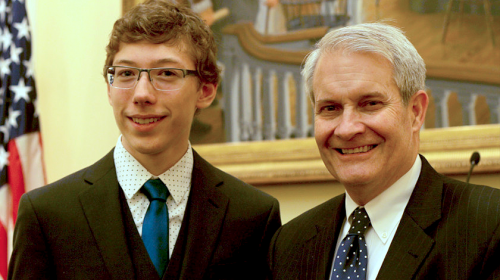 Last year’s individual grand champion, homeschooler Noah Farley, traveled to Washington D.C. with his father where they both attended a speech delivered by District of Columbia Federal Circuit Court Judge Thomas Griffiths to the Hillsdale College Constitution Center. Farley, who will be attending Patrick Henry College in the fall and intends to become a constitutional attorney, personally met Griffiths after the speech.

Michael Patrick Leahy, CEO and editor-in-chief of The Tennessee Star, said on Monday that there is still time for students who want to represent themselves in the individual competition and their high school in the team competition at the Constitution Bee to sign up for Saturday’s event.

“Students have until 5 p.m. this Friday to sign up to participate in Saturday’s Constitution Bee. Any students who want to sign up, or teachers who want more information for their students on how to sign up, can do so by clicking on the sign up link at The Tennessee Star website,” Leahy said.

Students from the following high schools have already signed up to participate: 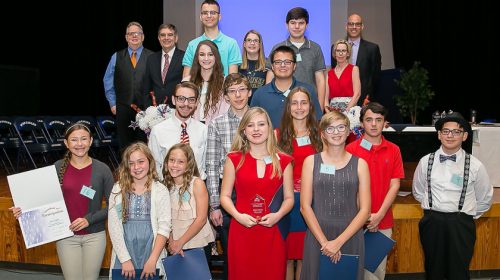 Saturday’s Tennessee Star Constitution Bee is open to the public, and will be held at the Main Auditorium of the Williamson County Administrative Complex, located at 1320 W. Main Street in Franklin, Tennessee.

Doors open at 8 a.m. Student contestants are encouraged to arrive before 8:30 am so that they can receive their contestant numbers and have their pictures taken.

The competition will begin at 9 a.m. and is expected to wrap up by noon.

Leahy and Henneberry, along with Nashville attorney John Harris, are co-authors of The Tennessee Star’s Guide to the Constitution and the Bill of Rights for Secondary Students, which is the sole basis for all the questions that will be asked at the Bee.

Every student participating in Saturday’s event has been given a free copy of the book by The Polk Foundation.

In addition to awarding first, second, and third place prizes to competing high school teams, a number of individual prizes will be awarded as well.

The first place prize winner, the individual grand champion, will receive the $3,000 scholarship and a trip for two to Washington, D.C. The second and third place individual winners will receive plaques acknowledging their achievements.

Three individual awards will be given for the Preamble Challenge, a warm up exercise held at the beginning of the Constitution Bee: Most Creative Preamble, Most Persuasive Preamble, and Most Entertaining Preamble.

Winners of these awards will win points for their high school that will be part of the formula for determining the High School State Team Champion.

Every student participating in the Constitution Bee will receive a certificate of completion and a college recommendation letter.