Thanks to the wildly popular Schoolhouse Rock! cartoon series, if you were a child of the 1970s or 1980s, chances are you hum a certain song whenever anyone mentions The Preamble. In fact, you’re probably humming it right now.

In three minutes, the folksy tune with the catchy chorus provides viewers a foundational understanding of the what the U.S. Constitution – and especially The Preamble – are, exactly and why they’re important.

Schoolhouse Rock! was the brainchild of David McCall, of the advertising agency McCaffrey & McCall. The idea came to him as he watched his young son struggle to learn his multiplication tables, but could rattle off all the lyrics of the latest Rolling Stones hit without a second thought.

McCall realized he if he could place good educational material inside of catchy music with kid-friendly animations,  he would be able to help children just like his son.  In true free market fashion, he pitched his idea to ABC television – his biggest client at the time. The network behemoth bought the idea, and the 3min shorts were headed for air a few months later. 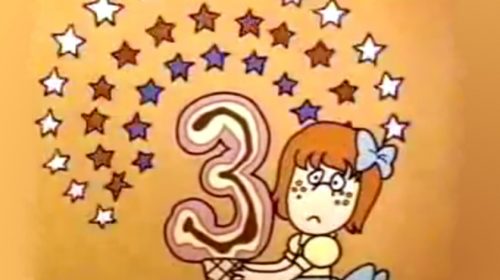 The first-ever installment of Schoolhouse Rock – “Three is the Magic Number” – was broadcast January 3, 1973. The song was written and performed by jazz legend Bob Dorough, as was all of the first “season” of the show, dedicated to teaching the multiplication tables.

The series was an instant hit and ABC wanted more, which left McCall with quite a few episodes of Schoolhouse Rock! to fulfill. He needed singer-songwriters that could produce quick, quality tunes with informative lyrics, on order.

McCall was pondering his next move when he happened by a young secretary named Lynn Ahrens in his copywriting department. He had seen her before, and recalled she always seemed to have her guitar nearby. After striking up a conversation with Ahrens, he asked if she’d be interested in trying her hand at writing a song about “grammar.”

“We were told the general category – American history, grammar, et cetera – but we chose our own topics for the most part,” she said in a 2014 interview with Noblemania. 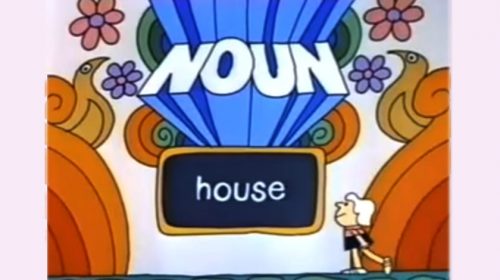 Ahrens’ first song to air was the iconic, “A Noun Is A Person, Place Or Thing” which broadcast September of 1973. The episode did so well, she was asked to write another, resulting in, “Interjections!”

ABC renewed the series for a third year, so McCall decided to coincide the 1975-76 season’s theme with the upcoming bicentennial – which all you 70s kids know was a very, very big deal.

Of all of the Schoolhouse Rock! songs Ahrens wrote or performed, “The Preamble” holds a special place in her heart. “There was an incredible sense of glee standing at a microphone and learning how to use my voice,” she said about the experience.

In the early 1980s, Ahrens began freelance composing and performing as a commercial singer, while at the same time working to break in to musical theater. Her work can be heard in a number of well-known shows, like the 1982 theme song to Captain Kangaroo. But perhaps her most well-known work apart from Schoolhouse Rock! is her commercial jingle for the ice cream confection, Klondike Bar.

That’s right: the same artist who taught us all “The Preamble” also asked us “What Would You Do For A Klondike Bar?!”

Lynn Ahrens soon teamed up with fellow songwriter Stephen Flaherty, and together, they have written some of the biggest hits on Broadway, including award-winners Once on This Island, Ragtime, Rocky the Musical, and Seussical.

The original Schoolhouse Rock! series aired from 1973 to 1979 and consisted of 37 episodes. A whopping 15 of them were either written or performed by Lynn Ahrens. Watch them all here.

Full lyrics to “Preamble” (via schoolhouserock.tv) are below. Note that Ahrens slightly abridged The Preamble as written in the Constitution, changing the first line from: “We the people, of the United States” to “We the people.”

In 1787 I’m told
Our founding fathers did agree
To write a list of principles
For keepin’ people free.

The U.S.A. was just startin’ out.
A whole brand-new country.
And so our people spelled it out
The things that we should be.

And they put those principles down on paper and called it the Constitution, and it’s been helping us run our country ever since then. The first part of the Constitution is called the preamble and tells what those founding fathers set out to do.

In 1787 I’m told
Our founding fathers all sat down
And wrote a list of principles
That’s known the world around.

The U.S.A. was just starting out
A whole brand-new country.
And so our people spelled it out
They wanted a land of liberty.

For the United States of Americaaaaaaaa

Originally published at The Tennessee Star on September 21, 2017