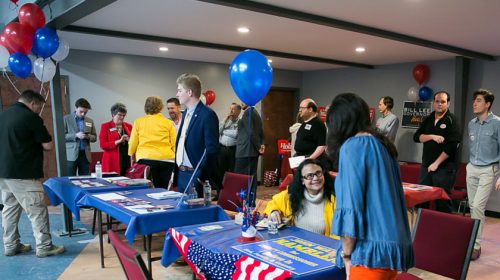 “Many more vigorous candidates from all political persuasions are running, including conservatives, liberals, independents, Republicans and Democrats. Our Meet and Greet the Candidates will provide you an opportunity to meet candidates one-on-one in a relaxed casual setting and to ask them the burning questions that are of greatest concern to you.”

Among the candidates attending was Mae Beavers, former State Senator who is now running for county mayor; Menda Holmes, who is running for the State House District 46 seat, which was formerly held by State Senator Mark Pody (R-Lebanon) who was also there. Nineteen-year-old Wilson County Commission candidate Preston George was there, as well as Dianne Corlew, who was representing her husband, Congressional hopeful Bob Corlew.

“As a pastor in our community with different political events, if we can help in the education – which is what the Tea Party is about – helping citizens to be educated about who’s running, and then they can make the choice of who they want to vote for,” Graham told The Tennessee Star.

The event started small, with only about a dozen candidate ‘tables’ spoken for.

“Before today, we had about 12 candidates that we knew were coming, but now, we are up to 26 or 27. We are maxed out and will have to move outside if any more show up. It’s been awesome to get such a good response,” Graham added.

“This is a wonderful event – the opportunity for people to come and to visit with the different candidates,” Mrs. Corlew said. 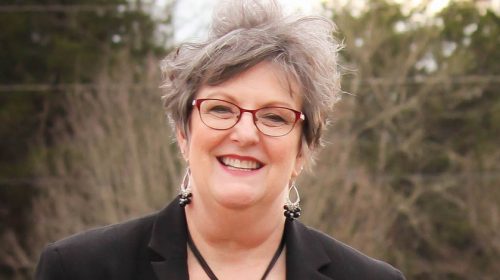 When asked to share her thoughts about the $9 billion transit plan, she told The Star that though, as Wilson County residents, she and her husband are unable to cast a vote on the measure, they are urging other to vote ‘no.’

“At this point, they just don’t have a good plan laid out for the massive amount of money they’re going to to be asking for in taxes. And we feel
like that with those taxes they’re going to be taking from the people, they’re going to be putting a lot of people in hardships – especially our seniors and some of our lower income people. And it’s really not going to be a benefit to them,” Corlew said.

On Thursday, her husband rejected the Nashville Transit Plan. In a statement released by his campaign, Bob Corlew called the plan “half-baked.”

“One reason I voted against the gas tax was because part of the gas tax provided for eleven different counties to raise – I think it was – six different taxes up to 20 percent to fund transit,” Beavers said. 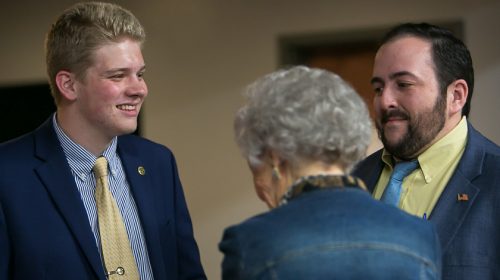 As for what might be a solution, Beavers pointed to current federal funding and the mandates that that go with them.

“I think that we’ve got to talk to the federal government about taking some of the mandates off of the money that we already receive,” she said, adding, “For some areas you just don’t need to build bike lanes.”

Last year while serving in the State Senate, Beavers sponsored a resolution to be sent to the US Congress that asked them to remove some of the mandates – or rules on how that money should be spent. “The federal government should not be telling us how to spend the money. We should be able to make those decisions. I don’t think transit is the answer. I think freeing up money and better planning could be the answer for a lot of our counties’ [issues],” she noted.

“As County Mayor, if I’m elected, I certainly know what my priorities will be. We’ll get a lot on input from the citizenry on what roads need to be improved. And I certainly have the contacts in Transportation – after about 23 years on the Transportation committee – to try to work that plan,” Beavers concluded.