The war of words between Rutherford County Mayoral candidates Bill Ketron and Tina Jones has gone “nuclear” over claims of Ketron’s involvement in supporting the dumping of radioactive waste in the Rutherford County Middlepoint landfill well over a decade ago. Debate over what to do with the landfill has been a focal point of the campaign the last few weeks, but the radioactive waste angle has added a new twist.

Jones and her supporters have asserted that Ketron was responsible for allowing companies to transport radioactive waste into Rutherford County to be dumped into the local landfill. Ketron acknowledges that radioactive waste was allowed to be deposited in the landfill, but says that he, along with former State Senator Jim Tracy, helped lead the way to obtain a voluntary agreement to stop such dumping in 2007.  The Tennessee Environmental Council has said 10 million pounds in waste from a decommissioned nuclear reactor in Michigan was dumped in Rutherford County in 2005 alone.

The locations and amounts of radioactive waste dumped into Tennessee landfills is now kept secret by the Tennessee Department of Environment and Conservation (TDEC) and neither the Tennessee Legislature nor Governor Haslam has addressed the issue.  Although the Rutherford County landfill has agreed to no longer accept radioactive waste, at least three other sites in Tennessee do, and Tennessee citizens have no way to find out how much low-level radioactive waste is going into other landfills. In fact, TDEC has wiped the data from its website and refuses to release it.

Local citizens remain concerned not only about the radioactive waste previously deposited in the landfill but also the continued use of a landfill located adjacent to the community’s water supply.  Rutherford County Commissioner Robert Peay, Jr. has recalled how Middle Point first began accepting nuclear waste hauled in from outside the county more than a decade ago, and that “our legislators allowed nuclear waste to be hauled here.”  Community backlash about the radioactive waste dumped into the landfill began in 2007 when the practice was first made public.

Former County Commissioner Jimmy Evans, a Tina Jones supporter, says that Bill Ketron supported bringing in the radioactive waste when he was a county commissioner and only later raised objections when the community became aware of what was being done. “He is claiming he helped stop it,” Evans says, “but we wouldn’t have needed to stop it if he hadn’t started it. I guess he was for it before he was against it.”

Although Ketron sponsored legislation to end any radioactive waste being deposited in Tennessee landfills he was clearly unable to secure its passage. There are four Tennessee landfills that are currently licensed to accept such waste. Two are located in Shelby County while the other two are in Anderson and Hawkins counties. 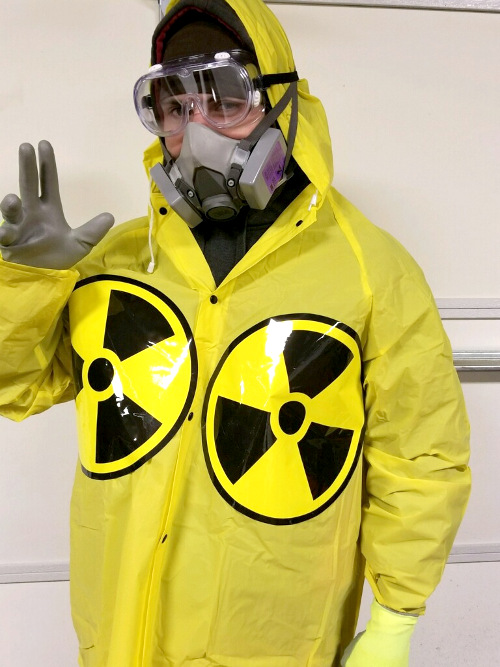 Ketron’s supporters have also claimed his signs have been vandalized by having radioactive “stickers” being attached to them.

Jones denies any involvement in any vandalism and has said she condemns any such behavior by any campaigns. “But facts are indeed facts,” Jones said, “and Bill Ketron’s attempt to dodge responsibility for dangerous radioactive waste being brought to Rutherford County and dumped into our landfill doesn’t change the facts. Nor has he done anything to actually stop more of the dangerous waste being brought into our state while he has served as a State Senator for nearly a decade. Like most professional politicians he is attempting to deceive voters by talking about what he proposed instead of what he actually did. The bill he “sponsored” and is using to defend himself apparently never even came up for a vote.”

Evans said he has met with the man who is protesting Ketron’s involvement in the acceptance of the Radioactive Waste at our county landfill by creating Radioactive Bill Ketron Jr and that it is his way of showing a peaceful protest. “I encouraged him, thanked him and told him, this is America Land of the Free, so as long as it was peaceful he was exercising  his rights.” Evans said that Mr. Nuke Radioactive Bill Jr said he would be at events this weekend and at voting locations on Tuesday.

One Thought to “Rutherford County Mayor’s Race Gets ‘Radioactive’”